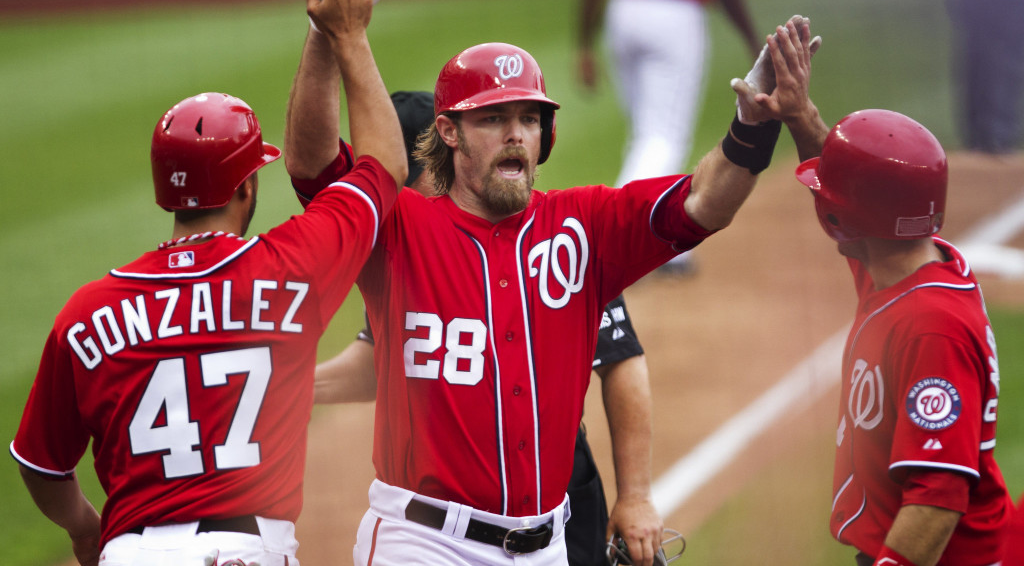 MLB Betting News
It would seem that the perceived natural order of things has been restored with the Washington Nationals finally back on top of the NL East after an extended absence. That may not last long, though, as they now have to welcome in the Atlanta Braves for a 3-game series. The Braves are a surprise this season in the MLB lines, and are just two games out of the lead. The series will officially get under way on Tuesday night.

It’s been a strange sort of a season for the Washington Nationals (37-33) so far, as they simply haven’t lived up to pre-season expectations. Things are definitely starting to look up again, though, as the pitching staff is beginning to deliver as advertised. There was a lot to like from the starting rotation last week, but nothing that could match what Max Scherzer delivered on Saturday night versus the Pirates. Scherzer pitched a no-hitter, and would have had the perfect game were it not for the fact that he hit the 27th batter that he faced. This is something of an ominous sign for everyone else in the NL, because there are few that can compete with the Nats starting rotation when they are hot. Stephen Strasburg (3-5, 6.55 ERA) will start for Washington on Tuesday. Strasburg will be making his return following an AA rehab stint with Harrisburg.The Braves (35-35) have done an amazing job to get back to .500 when you consider the issues that they have had with their bullpen this season. Too many games have been gassed so far, and this team could actually be well in control of the division were it not for those blown opportunities. Things have looked much better as of late, though, and the Braves are coming off a 3-game sweep of the Mets where they only gave up a total of 5 runs. Atlanta is now 6-4 in their last 10 games, and are chipping away at the lead in the division, which they now have down to just 2 games. It’s going to be interesting so see what moves, if any, this team makes heading into the second half. Alex Wood (4-4, 3.40 ERA) will start for the Braves in Tuesday and will be looking to snap a 3-game winless streak.

You have to wonder about the health of Strasburg heading into this one. He has struggled with injuries his whole career, and has not looked particularly good this season. I think the Braves get to him early and come away with the win.
Older post
Newer post