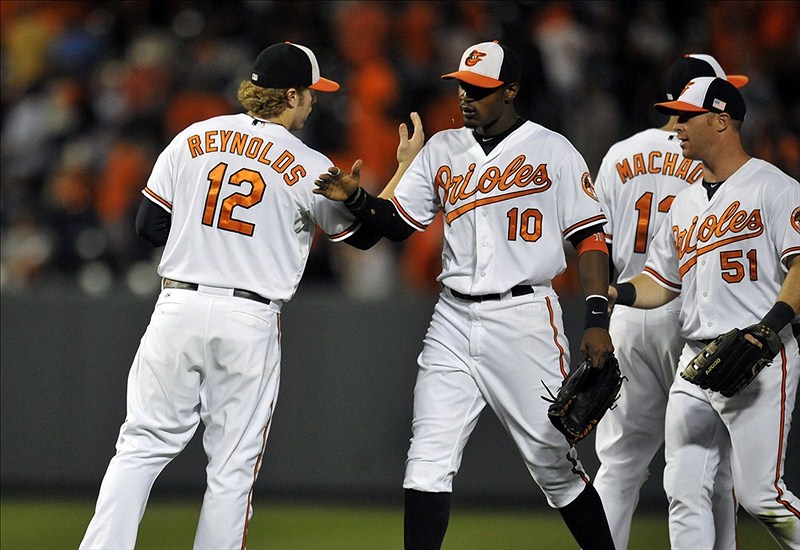 MLB Betting News
The Baltimore Orioles resumed their four-game series with the Yankees on Saturday with a 2-3 loss, but despite the reverse, it does not change the MLB postseason odds or the playoff scenario in the AL East, where Baltimore leads the division with a respectable 88-60 (.595) record.

The Orioles haven’t yet clinched their ticket to the 2014 MLB postseason or figured out their seeding yet, however, the current numbers in the AL indicate that they have a good chance of securing their spot in the post season without having to sweep the Blue Jays in their three-game series starting Monday.All they need to do is to beat the Yankees in the final game of the series or have the Blue Jays lose. Then they just need to win two of three against the Blue Jays to clinch the AL East. If that happens, the Orioles will get the No. 2 seed in the AL and will host the first two Division Series games at Camden Yards on October 2nd and 3rd.

MLB Playoff Lines to Win are Listed at +700

With a solid lead in the AL East and two wild-card spots available, the Orioles can now focus on the postseason and keep an eye on their possible rivals. So as we start preparing for the end of the MLB regular season, let’s view some of the Division rivals that could enter the post season race as playoff contenders.

Following Jed Lowrie’s hand injury on Aug. 4, and a host of inexplicable losses, the Oakland A’s have been on a downward spiral that has seen the Angels go on top of them in a crucial four-game series in late August.In addition, even though Oakland has a good offense, its power (in terms of slugging percentage minus batting) and the team’s weighted percentage (entailing the various aspects of hitting into one metric) is far from great. Such weaknesses and the surprising poor run, going 3-6 in September, would make the Orioles want to face them.On the flip side, though Sonny Gray has been struggling over the recent times (in the last 30 days, he has 1-2, 6.1 strikeouts per nine innings as well as over three walks per nine innings), he has a good record of being able to neutralize the O’s bats. This, of course, will give the O’s an uphill task, which would make them want to avoid the Oakland A’s in the first round.Odds to win the AL: +550

With 2.4 percent of their runners on base in high-leverage situations while allowing batters to hit just .251 against and having 10.70 ERA in those circumstances, it is undeniable that the Angel’s Bullpen is a weakness that many teams would love to exploit. However, with Mike Trout having a league-best 6.9 wins above replacement, this player currently ranked by FanGraphs as the best hitter in Baseball is bound to be a thorn in the flesh for any team.Odds to win the AL: +200

Just like the Angels, the Tigers’ bullpen is worryingly underwhelming. In fact, in the division, they have the second worst bullpen, slotting marginally above the White Sox. Furthermore, the Tiger’s WPA/Li (contextual neutral wins) is at -0.89, which is the 12th such dismal records; the Orioles would be thrilled to meet them in the first round. Nonetheless, Detroit should not be ruled out from offering a strong competition going by the fact that they have good plate record—the second-highest weighted runs created. Essentially, this means the Tigers have a 9 percent more runs than any average league team would have in a similar number of plate appearances.Odds to win the AL: +350

Apart from Alex Gordon (125 wRC+), the rest of the Royals’ hitters have below-average bats, hence making them a weak hitting team that is not able to offer much competition offensively. And without a good offense, the Orioles could easily demolish them. It should however be noted that the Royals are usually great in the field. Alex Gordon, Alcides Escobar and Salvador Perez are among the top 10 list of players fielding runs above average after adjusting for position. Also, Kansas City has a strong Bullpen record of 6.6 wins above replacement using runs allowed per nine innings. So, even though the team lost one of its best closers, Greg Holland; Wade Davis and Kelvin Herrera should be able to befittingly fill up that gap.Odds to win the AL: +800
Older post
Newer post