MLB Betting News
As the New York Yankees continue to surprisingly cement their status as the cream of the division, the other 4 teams in the AL East seem to be going out of their way to wallow in mediocrity. The only team in that group with a record over .500 is the Tampa Bay Rays at 17-16. The other three are all below that watermark, although the Toronto Blue Jays and Baltimore Orioles have a chance to improve their standing when they face each other in the final of a 3-game series on Wednesday night in Baltimore, with the Orioles as -122 online betting favorites for the match.

It has been a trying start to the season for the Orioles (14-16) as off-field events have overshadowed what is going on at Camden Yards. While the troubles in the city of Baltimore may not come to an end for quite some time, the team is set to try and get back to business, which includes giving the people of the city something to cheer about. They certainly started off well enough, winning the first game back home while wearing specially made Baltimore jerseys to show their love and appreciation of the city. While that certainly helped create some much needed good cheer, the Orioles are going to have to do a whole lot better than they have to this point in the season if they want to keep pace with the Yankees. Miguel Gonzalez (3-2, 3.57 ERA) will get the start on Wednesday night. Gonzalez followed up a great performance versus Tampa Bay with a bad start in his last outing versus the Yankees. 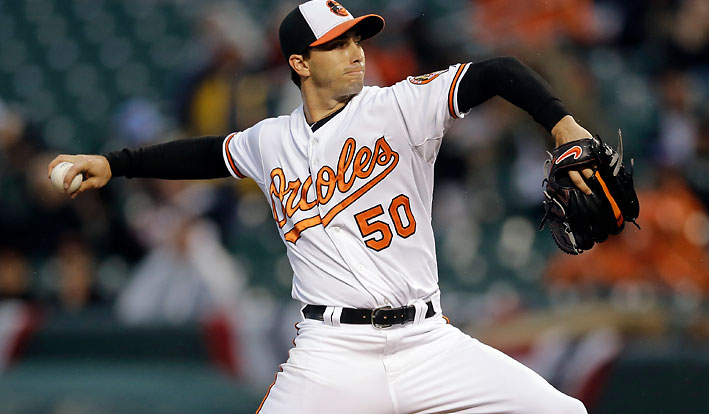 The Toronto Blue Jays (16-17) are one of the most exciting teams to watch in all of baseball, but they are also one of the most frustrating, at least for fans of the team. With a total of 174 runs scored through the first 33 games of the season, the Jays are setting an absolutely torrid pace on offense. The bad news is that the 158 runs that they have surrendered suggests that the pitching staff, particularly the bullpen, has not received the memo that the season has actually begun in earnest. If the Jays can somehow find a way to get their pitching woes sorted, look out. The scheduled starter for Toronto on Wednesday is Aaron Sanchez (3-2, 3.62 ERA). The 22-year old looks to be rounding into form, as he has been excellent in his last 2 starts, winning both while only surrendering a pair of runs.

The number on the two starting pitchers are pretty similar, but it is Sanchez who has the hot hand right now. If he gets any kind of run support from his team, which is likely, he should be able to get his third straight win.
Older post
Newer post