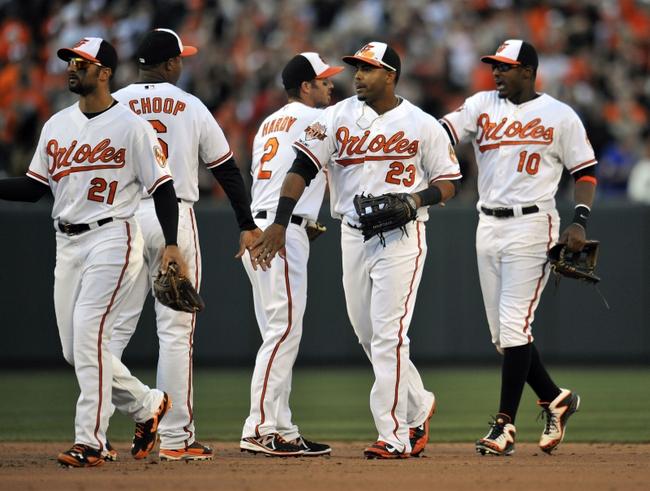 MLB Betting News
Every team in baseball now has less than 10 games to play until the regular season ends, yet there are still some spots open for the postseason play. For many teams in the league, including MLB betting favorites such as the NY Yankees, Boston Red Sox, Seattle Mariners or Cleveland Indians, the dream of playing beyond the 162-game schedule is starting to fade, but for a few there is still the possibility of avoiding the dreaded play-in game in the American and National League races.In the AL, the Baltimore Orioles and LA Angels have already clinched their tickets to the postseason, while the Washington Nationals and LA Dodgers are officially in on the NL side. There are still divisions up for grabs that could quickly change the Wild Card scenarios on both sides. For now, though, let’s take a look at the match-ups that would happen if the season ended today.

The AL wild card game would see the A’s take on the Kansas City Royals. Both teams are a less than impressive 4-6 in their last 10 games, which helps explain why they may be forced to go the dreaded Wild Card route. Despite the losing record, Kansas City and Oakland own better percentages (.542 and .545 respectively) than their closest league rival, the NY Yankees, who currently stand in second place in the AL East at .513. The current MLB odds listed at mybookie.ag have the A’s at 8-1 to win it all, with the Royals right behind them at 10-1.

In the NL, it would be the Pittsburgh Pirates going up against the San Francisco Giants. Don’t count the Pirates out of the division, though, as they are on a roll, going 8-2 in their last 10 games. Neither of these 2 are heavily favored to get to the World Series, but getting hot at the right time can change things dramatically, and may see the Pirates odds of 30-1 shortened.

In the Division series, the smart money in the AL would see the Angels and the Orioles going on to the Championship Series. The bookies seem to love the Angels, Dodgers, and Nationals (all 9/2), but the O’s are sitting right behind them. The Orioles are hot right now, going 8-2 in their last 10.The Dodgers and Nationals would certainly be favored to come out of the NL Division series, but again it all depends on who gets hot and which pitching staff carries the hottest hand. There is no crystal ball in this office, but if there were, there’s a pretty good chance that the fog inside would be colored Dodger blue.As much as ball fans would love to see an all LA World Series, you have to believe that the Baltimore Orioles will be the ones most likely to have a say in breaking that up. If the National can get the type of pitching we expect on the NL side, it may well be that LA is shut out altogether. We will all know soon enough, as crunch time is fast approaching.
Older post
Newer post