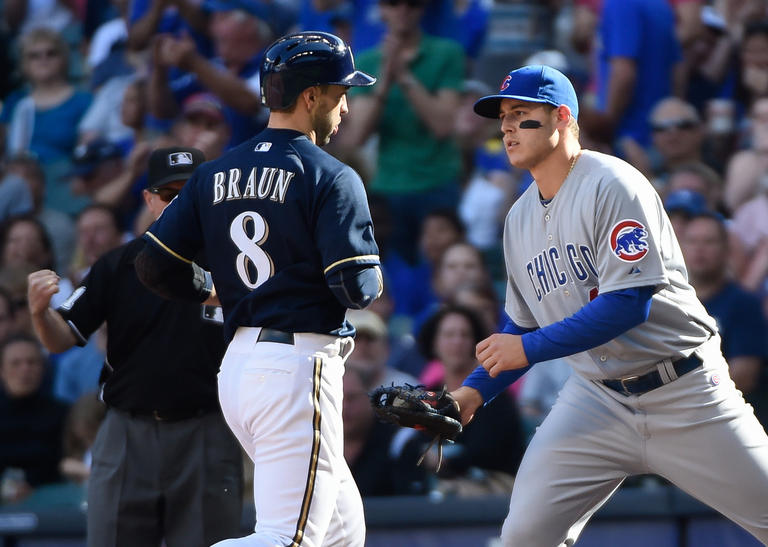 MLB Betting News
The NL Central is widely viewed this season as being the St. Louis Cardinals division to lose, and it is certainly starting to shape up that way. A gap is already starting to open at the top, but the Chicago Cubs are doing all that they can to keep pace right now. They will have the opportunity to keep the pressure on when they start a 3-game MLB betting series at home against the struggling Milwaukee Brewers.

Date/Time: Friday, May 1st, 2:20 PMLocation: Wrigley Field, Chicago, IllinoisTV: CSN, MLBNOpening Line: TBAThe Cubs (12-8) are one of the most storied franchises in sports, yet they have become something of a laughing stock, as they have taken futility to all new levels. The state of Wrigley Field at the start of the season did little to help them shake off the lovable loser tag, but their play on the field has people sitting up and paying attention.

This is a very young team that many thought might still be a year or two away from being really good, but they are making a case for themselves this season, with young phenom Kris Bryant making an instant impact. The Cubs have only lost one series so far this season, and will be looking to maintain that level of consistency when they face the division rival Brewers. Jon Lester (0-2, 6.23 ERA) will take to the mound for the Cubs on Friday, and will be looking to build on the quality start he had in his last outing.Despite the horrific start to the season for the Brewers (5-17), both the manager and the GM have been given the vote of approval by the owner. That is probably not something that is likely to sit very well with Milwaukee fans, who are likely to start staying away in droves if the current losing trend continues. Recent form suggests that the Brewers may be in for a torrid time of it when they visit Wrigley Field for this series, but they are coming off a very impressive 8-3 demolition of the Cincinnati Reds on Wednesday. They are going to have to string together a few similar type performances if they are to build any kind of goodwill with the fans. Wily Peralta (0-3, 5.04 ERA) will get the start for the Brewers on Friday. Peralta has been decent in the early innings this year, but always seems to find a way to get into trouble in the 5th inning and beyond.

It’s tough to see how Milwaukee will be able to get anything out of this one, especially since they have been pretty horrid on the road (2-7) so far. I like the Cubs to win this one in pretty comfortable fashion.
Older post
Newer post