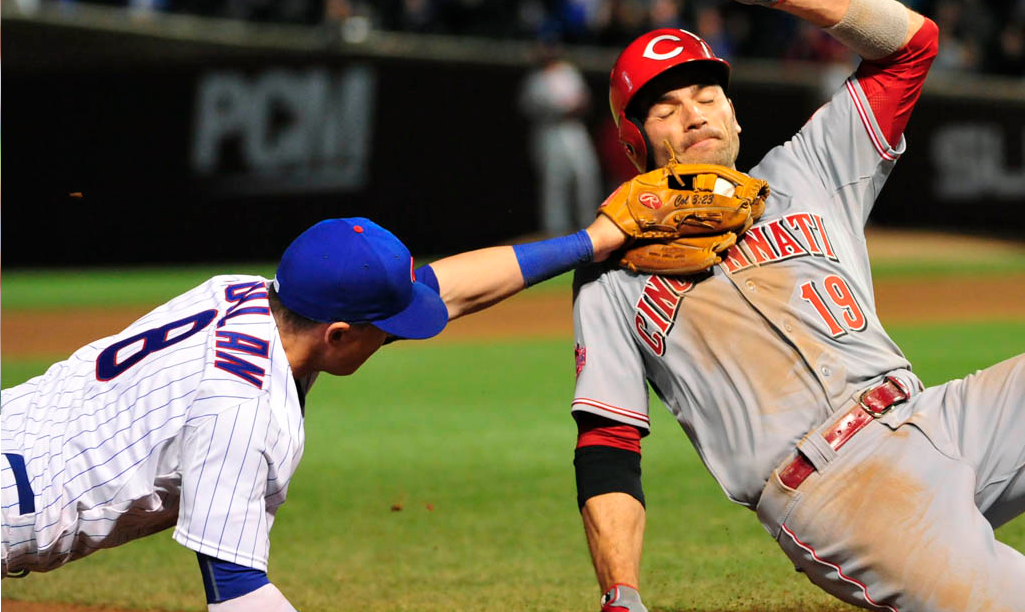 MLB Betting News
The NL Central has become a race for second spot, as the division leading St. Louis Cardinals show no signs of slowing down or giving up the lead that they have built up to this point. The Chicago Cubs and Cincinnati Reds both believe they have what it takes to maintain the chase, and they will meet for a 4-games series in Chicago starting on Thursday. We have spoken a few times about how much fun the Cubs (30-26) are to watch this season, and we are convinced that next game vs Cincinnati won’t be the exception. So let’s take a view at the baseball betting odds and other valuable info bettors should note for this match.

Date/Time: Thursday, June 11, 4:05 PMLocation: Wrigley Field, Chicago, IllinoisOpening Line: Chicago -162TV: FSORadio: WLW 700They are a young group of guys that most people believed were still a year or two away from being truly competitive. The fact that they are ahead of their schedule suggests that this might be a team to keep an eye on in the coming years. The Cubs have been playing .500 ball over the past 10 games, but are coming off of an impressive 3-1 series win over the slumping Washington Nationals. They did lose the first of 2 games to Detroit in interleague play, but they will be looking forward to getting back home after an extended road trip. Tsuyoshi Wada (0-1, 4.19 ERA) will take to the mound for the Cubs in the opener in this series.Wada has had an up and down start to his season through his first 4 games, and will need to try and find a way to be more consistent. The Reds (27-31) really needed the sweep of the Philadelphia Phillies that they managed in their last series, as it helped stop a slide that looked as though it might get seriously out of control. They went through a stretch where they lost 14 of 16 games, which isn’t really that surprising when you see that they appear to be committed to giving their young arms a chance to show off their stuff.

Cincinnati Reds
Chicago CubsThe Pitching seems to be coming around, though, as the Reds only gave up a total of 8 runs during this current 4-game win streak. They also scored 26 runs during that run, so things are starting to look up a little. Michael Lorenzen (1-1, 3.29 ERA) will start for Cincinnati on Thursday. I think this is a game where we might see a lot of runs hitting the board. If that is indeed the case, I like the Cubs to outlast the Reds and get the win.
Older post
Newer post