MLB Betting News
Streaks are a major part of the baseball betting season, as you can reasonably expect every team to have at least one good one and one bad. The timing of these streaks is often what is the most important, since a 12-game win streak to start the season doesn’t really do you any good if the losses start to pile up after that. Now is a good time in the season to get hot, and the New York Yankees and Chicago White Sox are both on very good runs of form at the moment. They will meet in Chicago on Friday night to kick off a 3-game series.

It’s fair to say that we are now well beyond the point of questioning how good this Yankee (57-43) team really is. Most baseball fans spent the majority of the first half waiting for them to collapse, but they have actually improved, and now have a solid 6-game lead atop the AL East. They have started the second half on a 9-3 tear, and show no signs of slowing down at all. There were some questions as to how well the veteran guys would be able to play this season, but it is those plyers who are carrying much of the heavy baggage. After a very slow start on the road this season, the Yankees have now lifted themselves above .500. If they can continue to pick up wins away from home whilst also maintaining their excellent record there, they should win the division comfortably. CC Sabathia (4-8, 5.38 ERA) will get the start on Friday. The Yankees have picked up the win in each of his last 3 starts.There are some streaks that seem to come out of nowhere, and that are totally unexpected. That is certainly the case with the Chicago White Sox (49-50) who have strung together a 7-game winning streak, and have looked great while doing so. The bats have been nothing short of explosive during this run, and they have scored 6 or more runs in 6 of those wins. If you had placed a bet saying that the White Sox might get back to .500 before the end of July, you would be looking at a princely sum of money potentially coming your way. This was a team that looked dead and buried and ready to sell just a few weeks ago. They still have a ton of work to do to get back in the playoff hunt, but there is now at least some hope in the windy city. Carlos Rodon (4-3, 4.09 ERA) will be looking to make it back to back wins on Friday night. 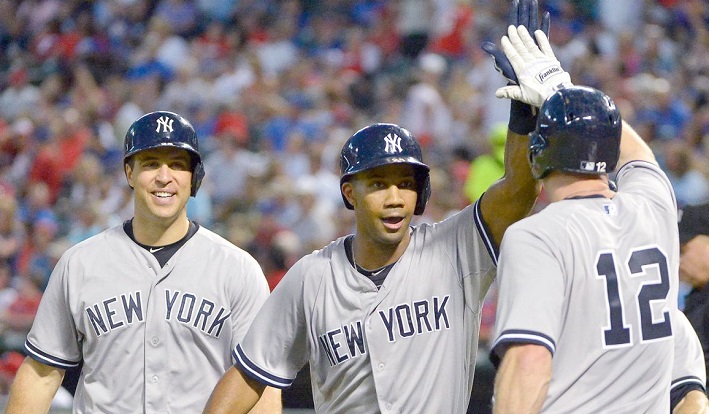 NEW YORK YANKEES
CHICAGO WHITE SOX
The White Sox bats are hot, and that could spell trouble for Sabathia, who has been shaky at times this year. I like Chicago to get this series of to a winning start.Sources:Sports.Yahoo.com (http://sports.yahoo.com/mlb/players/6603/)ESPN.go.com (http://espn.go.com/mlb/player/_/id/33696/carlos-rodon)
Older post
Newer post