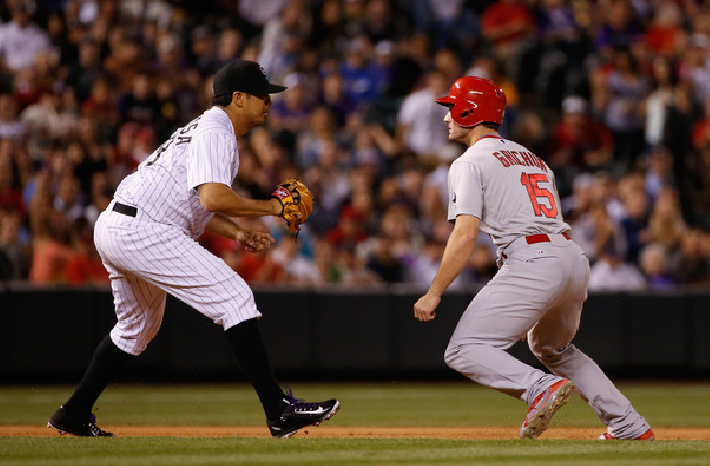 MLB Betting News
As great as it is to see a team tear it up and help you in your MLB betting odds in the first half of the season, it’s worth remembering that there are no prizes awarded for being on top after 81 games. You only need to look at recent history to see that it is littered with teams who have fallen apart in the second half of the season. That does not look as though it is going to happen to the St. Louis Cardinals, though, and they will be looking to continue their hot run when they face the Colorado Rockies at home on Thursday.

A Closer Look at the Expert MLB Betting Pick on St. Louis at Colorado

The Cardinals (64-36) have the best record in baseball, but you really have to wonder how they have been able to be so good for so long. They have had to fill more holes than most other teams, but have managed to hang in there thanks to some spectacular pitching. They did go on a little bit of a slide to end the first half, but have bounced back nicely after the break.The Cards have gone 8-3 to start the second half, and have won 3 straight series, as well as a single game against the Royals, to get things rolling. They have now opened up a 5.5 game lead on the Pittsburgh Pirates, and look as though they are ready to run away with the division. Carlos Martinez (11-4, 2.34 ERA) will get the start on Thursday. Martinez has only given up 3 earned runs in his last 5 starts.

that they plan on being sellers at the trade deadline. They have already shipped out Troy Tulowitzki to the Toronto Blue Jays, and the feeling is that they are not done dealing. It certainly is time that this team does something, as they are heading towards a 5th straight 90 loss season. The Rockies need some help in a number of different areas, with pitching probably at the top of their shopping list. Their starting rotation has an ERA that sits over 5.00 right now, and it looks as though it will continue to climb. Chris Rusin (3-4, 4.13 ERA) will start for Colorado, and will be looking for his first win since the middle of June.You never want to take anything for granted, but this game looks like a mortal lock for the Cardinals. Carlos Martinez simply isn’t giving up any runs, and the Rockies can’t stop opponents from scoring.
Older post
Newer post