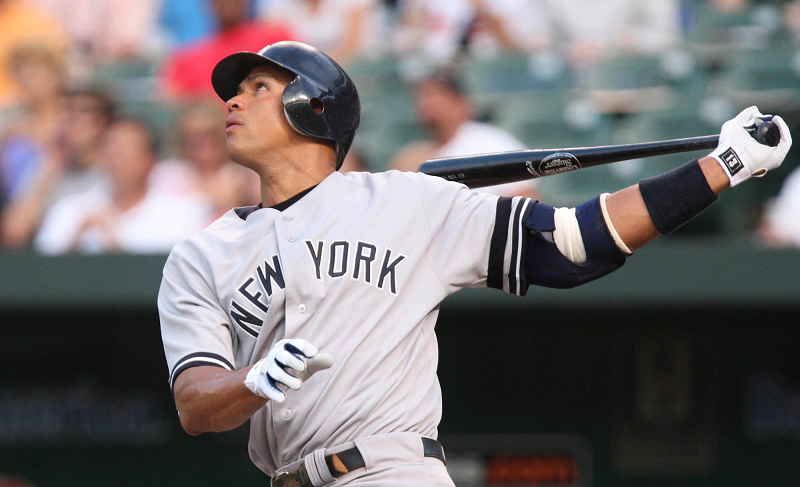 MLB Betting News
It is somewhat sad to see a once-proud organization go into total freefall, especially when it appears that there is no way back up. The New York Yankees have had a couple of lean years, but you always felt that they could bounce back at any time. The same cannot be said for the truly awful Philadelphia Phillies. These two teams will meet in New York for a 3-game series to kick off the new week. Game 2 of the series is set for Tuesday night, as the Yankees head into the game as favorites in the sports betting odds.

#BIGMike, #Yankees open up 3-game series against the Phillies tonight at The Stadium. http://t.co/KKhB4ngrdo pic.twitter.com/vurdytGOGI

It was expected that the aging Yankees (38-31) might well have another season to forget, but they have been something of a pleasant surprise to this point in the season. One of the biggest surprises has to be the play of Alex Rodriguez, as he has come in from the cold and remained hot all year. He has hit a number of benchmarks this season, but perhaps none bigger than his 3,000th career hit, which he recorded versus the Tigers over the weekend. That helped the Yankees win the series over Detroit, keeping them just a game back of the AL East leading Tampa Bay Rays. The division is still wide open, and it’s really only the Red Sox who look dead and buried right now. The Yankees have a chance to move up further against a team that is truly struggling. CC Sabathia (3-7, 5.31 ERA) will get the start on Tuesday. The Yankees have won 3 of the last 4 games he has started.The Phillies (24-47) have been nothing short of awful this season, but events that transpired last week made things even worse. The 19-3 loss at the hands of the Orioles is bad enough, but the comedy of errors that took place make it downright shameful. With the phone in the bullpen off the hook, manager Ryne Sandberg was forced to send outfielder Jeff Francouer to the mound, where he proceeded to throw 48 pitches. They eventually got the attention of the bullpen using some towel waving semaphore, but the damage was already done. Chase Utley went on a rant for the ages after the game, leaving many to wonder just how much longer Sandberg will hold the manager position. It will be Sean O’Sullivan (1-5, 4.79), not Francouer, who gets the start on Tuesday.

The Yankees bat have been pretty hot of late, which makes this look like a shelling could be in the offing. I like New York to win this one going away, and would not be surprised to see the brooms out on Wednesday.
Older post
Newer post