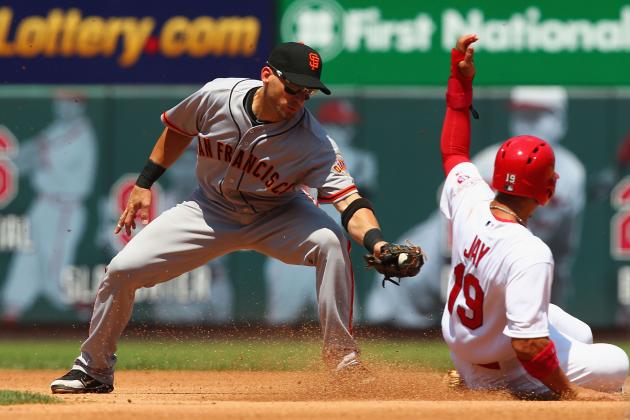 MLB Betting News
The way the American League Champion Series shaped-up may be a surprise to many MLB betting fans. Nothing could’ve predicted an outcome like the one we’re witnessing right now. Having a team like the Royals, which hasn’t got to this stage of the postseason since 1985, pitting against a squad like the Baltimore Orioles is not what many had in mind at the beginning of the season. But you can’t really say the same on the National League side, where the San Francisco Giants and St. Louis Cardinals have been in a contending position for quite a bit in recent years.Now the Giants travel to St. Louis for the first match of the series on Saturday night. The game is a rematch of the 2012 NLCS, when San Francisco rallied from a 3-1 deficit to defeat the Cardinals on the way to their second World Series title in three years.Now, the Cardinals weren’t really expected to get here, especially as they had to face the Dodgers pitching ace Clayton Kershaw twice in the National League Divisional Series. They were able to grind out wins in both games against Kershaw and the rest, as they say was history.

When: Saturday, October 11, 8:07 PM,Where: Busch Stadium, St. Louis, MissouriGame Odds: GIANTS,  +1½-200, ML +123, OV 6 ½ +105 / CARDINALS, -1½+170, ML -133, UN 6 ½ -125What has been surprising in the postseason is the power the Cardinals displayed, especially on Game 1 of the series. They only hit 105 HR’s all season, and only 4 players crossed the 10 HR mark. It is Matt Carpenter who has led the way in the playoffs, going 6-17 and batting in 7 runs. Pitching has been solid, too, and it will likely be Adam Wainwright who gets the call in Game 1. This is of course assuming that he is healthy, which is something many have called into question.On the other hand the Giants knocked off the betting favorite Washington Nationals in 4 games, as well as the Pirates in the Wild Card game. They are a lot like the Cards in that they tend to win without power, although they did put some runs on the board in the NLDS.

After a scare earlier this week regarding Adam Wainwright’s elbow, he’s set to start Game 1, but St. Louis is likely to keep an eye on him. The Cardinals will have Lance Lynn ready Saturday if Wainwright becomes a late scratch or can’t go deep into the game.There is a chance that San Francisco’s offense might get a boost from the potential return of Mike Morse for the series, but the reality is that they will put their success in the trusted left hand of Madison Bumgarner. The lefty tossed a shutout against the Pirates before limiting the Nats to just 2 runs in 7 innings in a game that the Giants actually lost.If the Giants can keep the game close, expect reliever Yusmeiro Petit to be a factor, as he was lights out, throwing 6 scoreless innings in that incredible 18-inning epic back in Game 2 of the NLDS. The Giants hold a slight season edge over the Cards, and you can expect this series to be just as tight. This is about as close to a toss-up as you get when it comes to a series, and judging on the baseball betting lines for this game, anyone can literally take the first match of the series.
Older post
Newer post