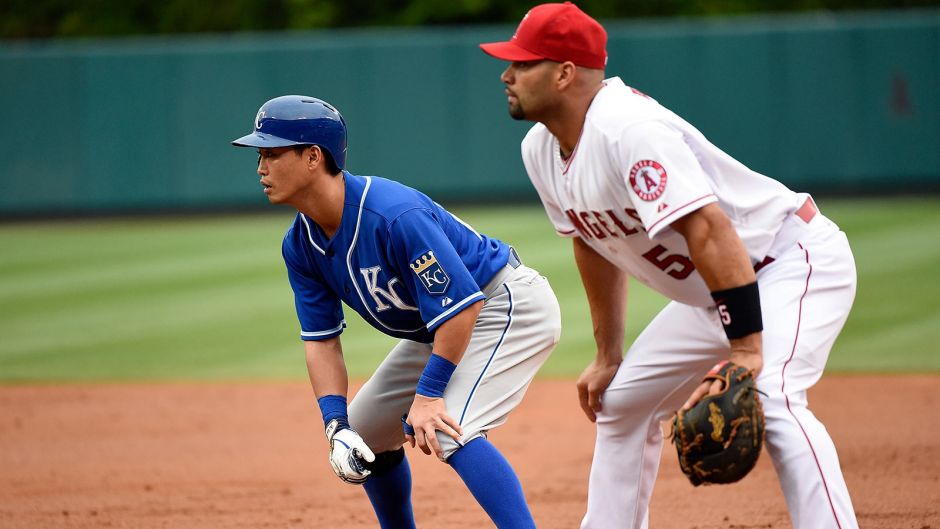 MLB Betting News
The second American League Divisional Series between the Kansas City Royals and Anaheim Angels has also been very entertaining. After putting the numbers on their favor and taking the first two games of the series, the Royals don’t seem much like a team that is making the playoffs for the first time in three decades, and by the way they’ve been playing, it seems the Angels will have to double their effort to avoid elimination in Game 3. The Major League Baseball odds for this game favor the Royals, who lead the series 2-0 and head home with a chance to sweep the series. Eric Hosmer was the hero in game 2, hitting a 2-run homer in the 11th inning against the Angels, which broke the 1-1 tie, and helped the Royals to win the game 4-1.

When: Sunday, October 5, 7:37 PM. ET.Where: Kauffman Stadium, Kansas City, MissouriThe Kansas City Royals seem to have a flair for drama; they defeated the Oakland Athletics in extra innings in the Wild Card game, and did the same thing to the Angels in the first game of their series, winning the game 3-2 in 11 innings. In the second game, they needed extra innings again, and late game heroics again to win the game 4-1.

The Royals will send James Shields to the mound, while the Angels will go with C.J. Wilson. Shields was traded from the Tampa Bay Rays in 2012, and has pitched well for the Royals since then, he had another good season this year, finishing with a 14-8 record, and a 3.21 ERA. Shields went 2-1, with a 2.31 ERA in his last five starts, and the team won four of those five starts.Shields went 2-2 in his first four postseason starts with Tampa Bay, but has gone 0-2 since then, and gave up 7 runs in his last playoff game in 2011. Like his counterpart Wilson, he will need to put those performances behind him, and pitch well to help his team keep their Cinderella playoff run going.C.J Wilson had a decent year for the Angels, finishing with a record of 13-10, with a 4.51 ERA. He was 3-2 in his final 5 starts of the season, with the team going 3-3 in the six games he started, but he finished the season strong, allowing one run in his final start of the season.He has some postseason experience with the Texas Rangers, and went to two World Series as a member of the Rangers. However, Wilson has struggled in the postseason, with a 1-5 record in 9 starts. He will need to play better than he had in the past to help his team get the win.The Angels spent a lot of money to put this team together, but have dealt with injuries over the past couple of years, which prevented them from making the playoffs. They finished this season with the best record in baseball, and will be disappointed to be eliminated in the Divisional round, so they need to get this win, to give them a chance of winning the series.The Royals were not expected to be a playoff team this year, and are having a fun time proving their doubters wrong with the remarkable run they are currently on. They don’t look like they are ready for it to end, and they will do all they can to make it into the next round, by winning this game.

There’s no doubt the Angles will look for the victory. They will put a tremendous effort  to even the series and extend the series to at least 4 games, but the Royals have their rowdy crowd in their corner and the MLB betting odds on their favor, so expect the Royals to sweep the Angels by winning this game.
Older post
Newer post