MLB Betting News
MLB fans already know that one of the most intriguing storylines from the 2015 Major League Baseball season is the return of Alex Rodriguez to the field for the New York Yankees. There are some people (including the management of his team) who would likely prefer that he retire, or just disappear. However, there are others who are happy to see him moving toward possible redemption, showing more humility while continuing to hit home run after home run. He just moved past Willie Mays on the home run list, moving past 660 to continue his assault on Barry Bonds’ total of 762.A-Rod’s not likely to catch Bonds during 2015 or 2016, so if he catches him at all, it will be further down his road back into the game. However, there are some long-standing records that could fall during this campaign. Let’s take a look at some of the possible candidates and how they will change the MLB betting lines.

This record doesn’t have as much glitz as the home run title, but it does bear testament to a player’s willingness to grind away, game after game and even pitch after pitch to reach base safely. When Pete Rose was chasing the base hit record that had stood since Ty Cobb ran the bases, his methodical chipping away of the huge numbers, day after day, brought the attention of the entire nation. While his reputation was later marred by his betting scandal, there’s no denying the allure of watching the Hit King at work. 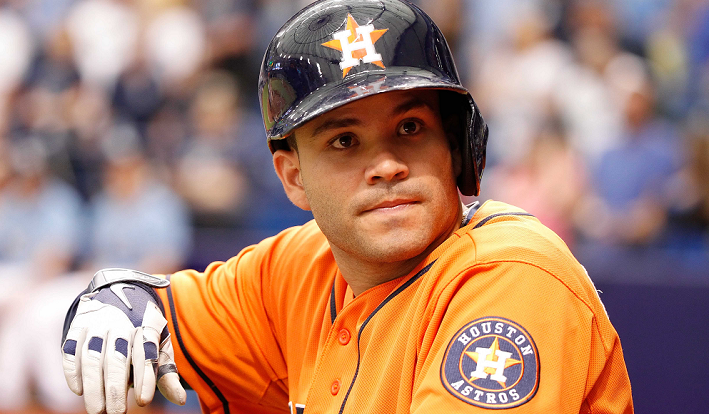 One of the most likely candidates to break this record is Houston’s Jose Altuve. One of the young exciting players in the league, he has a knack for knocking the ball where no one can catch it in the air. Ichiro Suzuki, still an active player, holds the record, but at his age he’s not as likely to make a run at it.

The Texas Rangers’ Nick Martinez still has an ERA below 1.00 into the middle of May, but other teams are showing signs of figuring out his tendency to throw those first-pitch fastballs. Pinpoint control such as his is masterful, but many think that his stuff isn’t dominant enough to mow down hitters once he starts going through the league a second or third time.

Back in 1968, when Bob Gibson set this mark, the pitching mound was higher than it is now, giving pitchers a bit of an advantage. Before the modern era, when the ball didn’t travel as well, the record was 0.86, set by Tim Keefe way back in 1880, throwing for the Troy Trojans. However, here’s how Gibson’s season looked: 34 starts, 26 complete games. He permitted zero earned runs in 15 starts; 1 earned run in 9 starts; 2 earned runs in 3 starts; 3 earned runs in 5 starts; 4 earned runs in 2 starts. That’s it. There weren’t any blowups where he surrendered seven or eight runs. That’s what it takes to keep your ERA that low. Even with Clayton Kershaw’s brilliant 2014 campaign, he would have had to throw 115 more scoreless innings to get his ERA below Gibson’s.

The current record (56) is still the province of the Yankee Clipper, Joe DiMaggio. Pete Rose got above 40, and Paul Molitor got fairly close too. In both cases, the attention of the sporting world grew more and more clamorous, day after day, making a crescendo of stress and excitement that swirled around the batter as he stood in the box.Mind you, those two were back in the 1980s, when there was no Internet, SportsCenter or even MLB betting lines like we have today, it was more of a novelty than an obsession. Given the blogosphere and Twitterverse out there now, the attention would be insane. But someone like Jose Altuve just might be able to do it.Sources:ESPN: http://espn.go.com/mlb/player/_/id/4570/ichiro-suzukiESPN: http://espn.go.com/mens-college-basketball/team/_/id/2653/troy-trojans
Older post
Newer post