If you’re an online betting fanatic that is fired up about the upcoming 2015 MLB season and you’re looking to gather as much information on the franchises with the longest odds of winning the 2015 World Series then you’re in luck!

Thanks to this fun-filled, yet in-depth MLB betting analysis, you’re going to have a great idea of just which floundering franchises have the best chances of potentially cashing in on their longshot World Series futures odds and winning it all this coming season – or simply failing far more often than not, making them a great team to wager against.

Okay, with that said and the start o the 2015 MLB regular season less than a week away, let’s get started.

Closer Look at the Odds to win 2015 World Series

For a guy that distinctly remembers Houston’s good old days that once included now legendary players like Nolan Ryan and Craig Biggio, it’s tough seeing the Astros fall on such hard times. Then again, Houston has been bad for so long, you kind of get used to it after a while. Anyway, Houston won a pitiful 70 games last season and no matter how hard I try, I just can’t see the ‘Stros surpassing a .500 record at best in 2015. Oh…and just so you know…oddsmakers have listed Houston’s 2015 win-loss odds at 74.5 games. 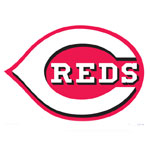 After reaching the postseason in three of the previous four seasons, the Reds won just 76 games in 2014 to finish in fourth place in the competitive NL Central. Still, I like Cincy’s batting order which features gifted hitters like Joey Votto, Brandon Phillips, Jay Bruce and Marlon Byrd. However, after starting pitcher Johnny Cueto and reliever Aroldis Chapman, I’m not very keen on the rest of the Reds’ arms. Oddsmakers have listed Cincinnati’s win-loss odds at 77.5 games and that could be a bit of a stretch in 2015. 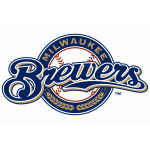 The Brewers posted a solid 82-80 record in 2014, but oddsmakers clearly think Milwaukee could take a step backwards in 2015, seeing as how this NL Central ballclub has a win-loss Over/Under total of just 78.5 games for 2015.

With Ryan Braun and Aramis Ramirez in the middle of the batting order, I suspect the Brewers will score their fair share of runs in 2015. However, Milwaukee’s starting rotation – and bullpen for that matter – looks a lot like Swiss cheese if you ask me, because there are holes all over the place. Milwaukee doesn’t have a single starter on their roster that threw for 200 innings last season, so this ballclub could be in big trouble early if their pitching falters like I think it will.

The Braves got off to a blistering 17-7 start through 24 games but fell off significantly shortly thereafter while limping to a 79-83 mark last season. Now Atlanta enters the 2015 MLB regular season looking to top a win-loss total that currently sits at just 73.5 games.

The Braves have a young team that will need time to learn and grow, but they do have talent, starting with young hurlers Julio Teheran (2.89 ERA) and Mike Wood (2.59 ERA). Unfortunately, the Reds don’t have much in the way of power hitters with first baseman Freddie Freeman smacking a modest team-high of 18 last season. I think the Braves can reach the 70-win plateau, but expecting anything more than that could be overreaching. 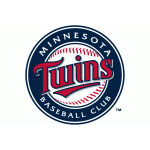 Minnesota’s 70-92 mark last season marked the fourth straight season the Twins have lost 90 games or more, but that’s not the bad news. The depressing news for Twins fans is that the prospects for Minnesota improving in 2015 don’t look very promising at all from my vantage point.

The Twins’ starting pitching staff allowed the most runs in all of baseball last season but they should be a bit better in 2015 because of the addition of veteran right-hander Ervin Santana. Minnesota also parted ways with long-time manager Ron Gardenhire in favor of Hall of Famer Paul Molitor, who will make his a big-league managerial debut this season.

The Twins will need solid seasons from starting pitchers Ricky Nolasco and Phil Hughes if they want to avoid finishing in the cellar in the AL Central in 2015, but the bottom line for Minnesota is that the Twins just don’t have enough big league talent on their roster in order to compete with the likes of Detroit, Kansas City and a pair of rebuilt ballclubs in Cleveland and Chicago.

The D-Backs won a major league-low 64 games in 2014 after going 81-81 in each of the previous two seasons. Now however, the D-Backs will turn to new president Tony LaRussa and GM Dave ‘Smoke’ Stewart in order to get their franchise back on track.

Arizona enters the 2015 campaign hoping for big seasons from heavy hitters Mark Trumbo and Paul Goldschmidt but what the D-Backs really need is quality pitching, both in its starting rotation and bullpen. The Diamondbacks do have one of baseball’s most gifted young players in centerfielder A.J. Pollock, but this team is light years away from getting back into postseason contention as their 71.5-game O/U win-loss odds suggest.

The Rockies won a pitiful 66 games last season to record their fourth straight losing campaign and simply don’t have much hope for dramatic improvement heading into the 2015 regular season despite the fact that Colorado has competent veteran hitters in Carlos Gonzalez, Troy Tulowitzki and an aging Justin Morneau.

Unfortunately, once you get past veteran starters Jorge De La Rosa and maybe Jhoulys Chacin, there just isn’t much pitching talent in the starting rotation – or bullpen. With Colorado’s 2015 win-loss odds set at just 71.5 games, clearly oddsmakers everywhere are expecting the Rockies to flounder again in 2015 and so do I. 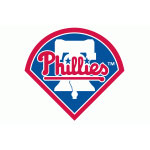 Almost every baseball pundit on the planet is picking Philadelphia to field the worst team in all of baseball this coming season, but something tells me the Phillies are going to be better than expected – even if they aren’t a postseason caliber ballclub. After winning just 73 games in 2014, the Phils are looking at a 2015 win-loss odds of just 68.5 games as they begin in earnest, a makeover that is probably a year or two too late.

Philadelphia parted ways with longtime shortstop Jimmy Rollins and brought in veteran outfielder Grady Sizemore but the real story here is whether or not Philly’s slew of young players can make the leap to full-time MLB performers. One of the reasons I believe the Phillies will be a bit better than advertised is the fact that they actually have a decent pitching staff, even if it is young and mostly inexperienced.