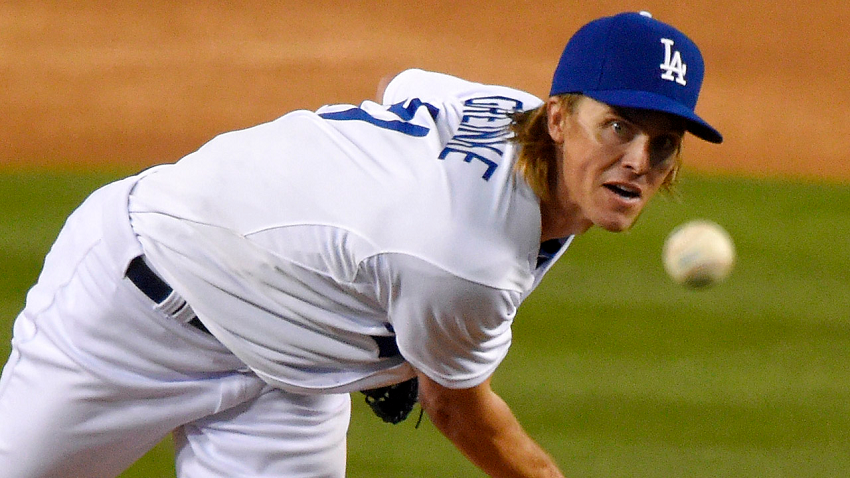 MLB Betting News
If you still think that Zack Greinke is a mentally soft pitcher who will fold under pressure, it might be time to rethink that. Just think back to a recent start when Greinke dropped eight scoreless innings on the Philadelphia Phillies as the Los Angeles Dodgers cruised 6-0. Just on the night before, Clayton Kershaw had thrown a complete game shutout, and Greinke followed it up with a true gem, only permitting one base runner and lowering his ERA to a frigid 1.39. While Max Scherzer is getting more Cy Young talk right now, Greinke is pitching unbelievably well in sustained action, and that’s something that MLB betting fans should keep in mind for the coming weeks of regular season action.

Zack Greinke hasn’t allowed a run since June 13. That was a while ago. http://t.co/8pDXj9aBGb @Headshoulders #Whiff pic.twitter.com/l9wxNEyGzC

Now, it’s true that the Phillies are having an awful season, and beating them isn’t an impressive feat. However, his dominance of opposing batting extends well past teams in the basement. He currently has a shutout streak of 35 2/3 innings, going back to a June 18 start against the Texas Rangers. During that time, he has only permitted three walks and 16 hits against 31 strikeouts. On June 2, he gave up his season high with five runs in six innings. Since then? 50 2/3 innings with only three earned runs for an ERA of 0.54.All season long, his ERA has never gone above 2.00. 17 of his 18 starts have been quality, and he’s only given up three or more runs in three of his starts. He has lasted at least six innings in each start, currently averaging 6.9 innings.So what does this mean? Greinke has some terrific company through the season’s first half. Only three other pitchers have completed the first half of a season with at least 100 innings pitched and an ERA at 1.40 or lower. The next best ERA in the major leagues is A.J. Burnett‘s 1.99. In the last fifteen years, only four pitchers have qualified with innings and finished with an ERA less than 2.00: Kershaw (2013 and 2014), Roger Clemens (2006) and Pedro Martinez (2000). Even Greinke’s own Cy Young season of 2009 resulted in a higher ERA of 2.16.Yes, there’s the rest of the season to go and we’ll see a few dozen games before the action is finally over. Greinke has shown signs of mental fragility in the past, and has melted down a few times. However, no matter how the rest of this season shapes up, it’s still worth celebrating what a terrific first half he has had so far. Hopefully he’s get the recognition of starting in the 2015 All-Star Game next week.
Older post
Newer post