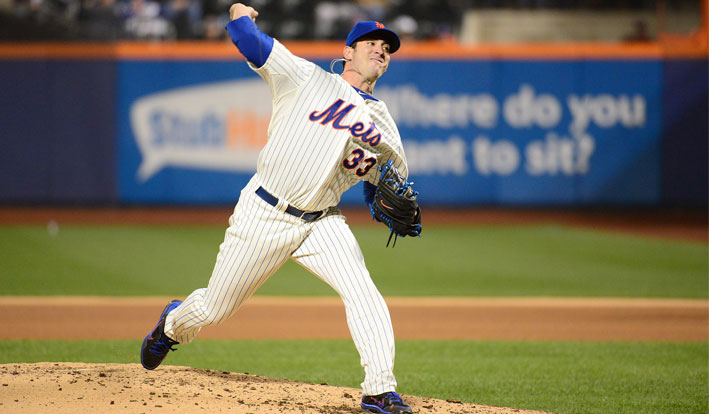 MLB Betting News
It’s funny how habits ingrain themselves in the thinking of coaches and become a sort of gospel that no one ever wants to buck. In baseball, this is particularly the case (As all MLB betting fans know). There are some managers who simply won’t let a left-handed batter face a tough left-handed pitcher because righties tend to hit those pitchers better, even if it means lifting a talented hitter from the lineup for one game. When it comes to starting pitching, the five-man rotation is one of the oldest institutions in managerial practices.

There was a time when St. Louis Cardinals manager Tony La Russa, so disgusted with his starting pitchers, put his team on a three-inning maximum, cycling through several pitchers in each game until he ultimately returned to the five-man scheme. However, the New York Mets are about to formally push that number to six. According to general manager Sandy Alderson, this will be the practice “for the foreseeable future.”The Mets are going to this scheme to keep their pitchers from amassing too many innings. Matt Harvey, for example, is in his first season back from Tommy John surgery, and the Mets want to keep him under 190 innings. Since Harvey regularly pitches seven innings per start, they need to cut his start total to keep him beneath 190. There’s also Noah Syndergaard to consider, whom they want to keep at about 175 innings. Jacob De Grom had a stiff shoulder last season, so the team is watching him as well.“In the case of two — maybe three — of our starters, we have some serious concerns about the overall volume,” Alderson said. “As I’ve said before, there’s no science to this. But common sense tell us that there are certain levels of innings over the course of a season — whether it’s following a Tommy John surgery or just based on what a pitcher has done the prior season. It makes sense for us to have a general awareness of where those innings totals are going.”“So the combination of wanting to get Steven into the rotation and, primarily, dealing with some of the other limitations we face with some of our other starters, we’re going to go to a six-man rotation. I expect that will continue for a period of time and then we’ll see where it goes.”(According to the latest reports on cbs news, Steven Matz is injuried and will be out for more than 3 weeks)The Mets have tried this before during this season – particularly to protect Dillon Gee – but the other pitchers started to complain because this disrupted their usual progression. That’s why the Mets went away from it. With some of these innings totals mounting, though, the Mets are going back to it. For now, Alderson and manager Terry Collins suggested the pitchers are now on board, because they see that it benefits the teams and – ultimately – themselves.
Older post
Newer post