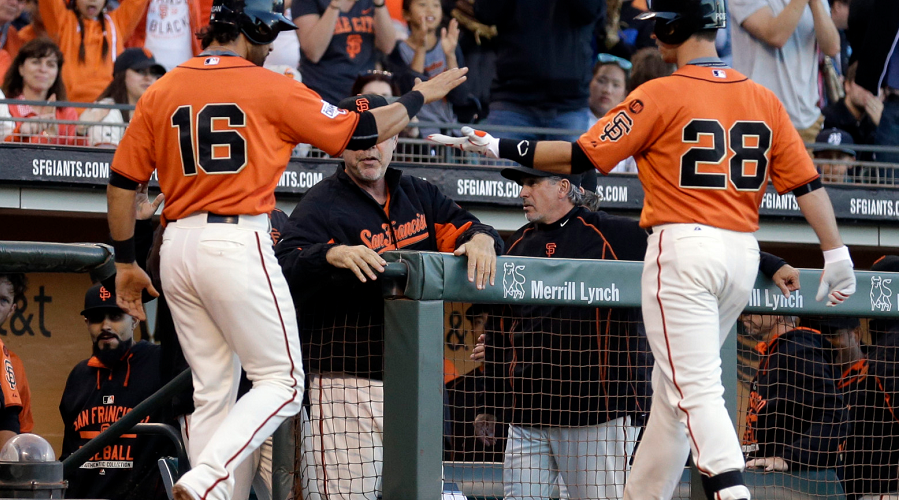 MLB Betting News
We are getting very close to the time when the postseason magic begins, but right now, the only magic that anyone is concerned with is the number that will see them either in or out of the playoffs. For the defending champion San Francisco Giants, that number is heading in the wrong direction altogether too quickly. They will try to stay alive for another day when they head to Oakland to face the A’s on Saturday, as they enter as favorites in the MLB betting lines.

Back to back losses against the San Diego Padres has the Giants (79-73) now very much standing with their backs to the wall. The magic number for the Dodgers to clinch the division and eliminate the Giants in the process is now down to just 3 games. Given the way these two teams have been playing of late, the Giants could well be done by the time the weekend draws to a close.San Francisco have simply not been good enough coming down the stretch, and have now lost back to back series. They were surely hoping that the series against the Dodgers that is coming next week would have some sort of playoff relevance, but that appears now to not be the case. The biggest changes they are going to make in the offseason will likely be at the pitcher position, with both Tim Hudson and Tim Lincecum not returning. It will be Hudson (8-8, 4.20 ERA) who will get the start on Saturday.The Oakland A’s (64-89) are another team who are going to have to think about what they will be doing next year. They are a team heading for the worst franchise winning percentage since back in 1997, which tells you that there are a lot of things not working right now.There have been few highlights this season, and it is really only Sonny Gray who has shone for them. The fact that they dealt away most of their other starting pitchers at the trade deadline tells you that they will be doing a fair amount of rebuilding once the season ends. The A’s are coming into this series on a 5-game losing streak after going down to the Rangers without much of a fight. Veteran pitcher Barry Zito (0-0, 18.00 ERA) will be on the mound for the A’s.

This pitching match-up is totally unexpected, but is a real throwback to the better years of these two teams. Zito hasn’t pitched much recently, so he could be in trouble early. I like the Giants to win in a high scoring affair.
Older post
Newer post