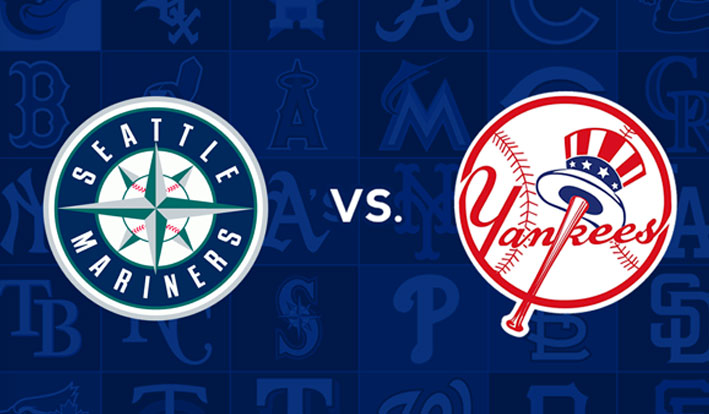 MLB Betting News
The second half of the season represents many things for many different teams. Some will look to pad their lead atop the division, a few will be hoping to get back into contention, and a small handful will already be looking ahead to next year. The New York Yankees are looking to open it up atop the AL East, while the Mariners have work to do in the West. These two square off for a 3-game series in New York, with the second game set for Saturday afternoon, with the Yankees going in as favorites in betting odds.

Montgomery to take mound vs. Yankees on Friday http://t.co/XcSyLZ5cdF pic.twitter.com/WMRfCbNZGC

The Yankees (48-40) are one of the surprise teams in the American League, as they really weren’t expected to be that competitive. While it has helped that the AL East has been a bit up and down all year, you can’t take away what they have accomplished through the first half. You also have to admire what Alex Rodriguez has delivered this season, especially when you consider that he was out of baseball for about two years. The Yankees are well aware that the job is only half done right now, and that their 3.5 game lead will be very quickly swallowed up if they don’t continue to play to the level that they did in the first half of the season. Michael Pineda (9-5, 3.64 ERA) will take to the mound for the Yankees on Saturday, and will be looking to continue with the strong finish he made to the first half.The first half of the season proved to be a very disappointing one for the Seattle Mariners (41-48), as they now find themselves 7.5 games out of first place and with a ton of work to do in the second half. They are not going to be able to get back into things if they don’t start winning some series pretty quickly. They finished their first half going just 5-5 in their last 10, and have not been able to win any of their last 3 series. Since, July 1, the Mariners have not had a winning or losing streak go beyond a single game, as they have ben win one lose one all the way since the start of the month. This series will represent the first time they face the Yankees this season, and while it will be tough on the road, Seattle actually has a better record away from home. Hisashi Iwakuma (1-1, 5.22 ERA) will start for the Mariners on Saturday.

The Yankees are starting to prove that they might just be for real, and I think they will get their second half off to a winning start by knocking off the Mariners in this one.
Older post
Newer post