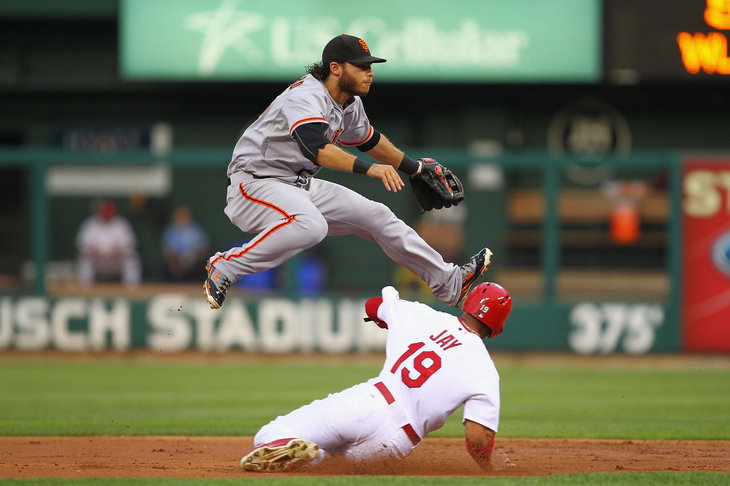 MLB Betting News
The National League Championship Series between the San Francisco Giants and the St. Louis Cardinals has lived up to its hype, after two games, the series are tied 1-1, and shifts to San Francisco for game 3, which is scheduled for Tuesday.  So let’s take a loot at the MLB lines, listed pitchers and other baseball betting info heading to this game.

Madison Bumgarner continued his playoff dominance on the road in game 1, setting a MLB postseason record with 26 2/3 innings pitched on the road without allowing a run, bringing his playoff record on the road to 4-0, with a 0.59 ERA, and helping the Giants take game 1 in St. Louis 3-0.Cardinals ace Adam Wainwright played better than he did against the Dodgers in his only other start, but gave up two earned runs, and was replaced in the 4th inning. In game 2, the Cardinals took a 4-3 lead into the 9th inning, but the Giants tied it up at 4-4 in the top of the 9th on a wild pitch. but when most MLB betting fans were starting to get ready for extra innings, Cardinals’s  Kolten Wong hit a solitary HR in the bottom of the 9th to even the series at one game apiece.

Game 3 will bring two veteran pitchers on the mound for both teams. The Cardinals will have John Lackey to the mound, while the Giants will give veteran Tim Hudson the start. Lackey was acquired from the Red Sox during the season to add depth to the Cardinals pitching rotation, he finished the season 14-10, with a 3.82 ERA. He was 3-1 in four starts in the playoffs last year, and picked up where he left off last season, and allowed only one run against the Dodgers in his only playoff start for the Cardinals. He seems to step up in big games, and will be a tough challenge for the Giants.

CARDINALS: +1½-210, ML +107, OV 7 -105GIANT: -1½+180, ML -117, UN 7 -115The Giants will be hoping that Tim Hudson gives them the type of performance that he gave them in their 2-1 victory over the Nationals; he is coming off his worst season as a pro, finishing the year with a 9-13 record, and a 3.57 ERA. The Giants have had to deal with some injury issues this season, and probably won’t have kept him on the playoff roster, after losing his final four starts of the regular season, but his performance against Washington gives the team some confidence in him going into this game.The Giants accomplished what they wanted to do in St. Louis, which was to take the home field advantage away from the Cardinals. They will need to play well at home, so they can head back to St. Louis with a 3-1 lead, because they can’t afford to go seven games with their thin pitching rotation. Their batters have played well in this series, which is something they will have to do to protect their pitchers.The Cardinals avoided going down 0-2, which would have been a tough hole to get out off, and have a pitching advantage heading into game 3, if they can win the game, they will get their home field advantage back. They lost their Catcher Yadier Molina to a sprained oblique, and are hoping he will be back in the lineup for game 3, because the six time All Star is very important to the team’s success.MLB betting alert: The Giants got a rare performance from Tim Hudson when they faced Washington, but I don’t think it will happen again, John Lackey will shut the Giants down, and help his team regain their home field advantage.
Older post
Newer post