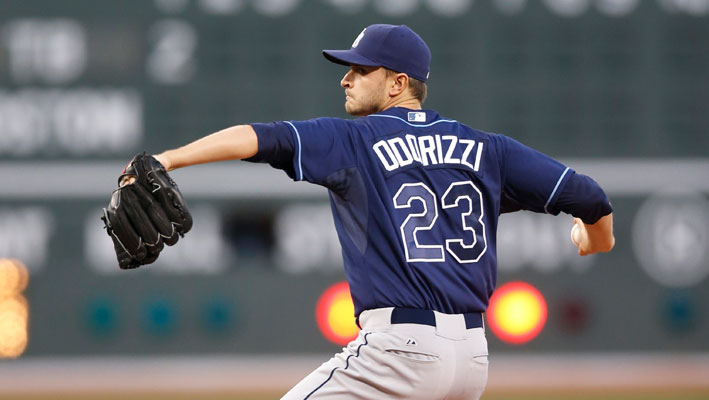 MLB Betting News
With the amount of money that is currently spent in baseball betting, you expect good teams to go through a rough couple of years as they dump salary and try to rebuild from the ground up. Some teams fall harder than others during these periods, but there are few that can match the fall of the Philadelphia Phillies. Their last World Series win seems like a million years ago now, and there is no sign of them getting back to the glory days anytime soon. They are in the midst of a 3-game home stand against the Tampa Bay Rays, with the final game set for Wednesday afternoon.

Date/Time: Tuesday, July 22, 11:05 AMVenue: Citizens Bank Park, Philadelphia, PennsylvaniaTV: Sun SportsRadio: WDAE 620 AM, 95.3FM, WGES 680Opening MLB Odds: Tampa Bay -149  One of the biggest surprises of the second half, as short as it has been, has been the play of the Phillies (33-62). They are in the midst of a 4-game win streak that began with a sweep of the Miami Marlins, and then followed up with a win in the opening game of this series. It’s worth keeping things on perspective, though, as the Marlins and Rays are no playing particularly good ball right now. The Phillies fans would be advised to enjoy this run of form while they can, because all signs point to it being a rather miserable second half in Philadelphia. Wednesday starter Adam Morgan (1-2, 3.90 ERA) has pitched well in his first 4 games, but has received little in the way of run support.The Tampa Bay Rays (47-48) found a way to be competitive in the first half despite showing off the weaknesses that most people believed they would have coming into the season. The most glaring of those was a distinct lack of pop in the line-up, and it is that which has hurt them of late. This is a team that just doesn’t score enough runs to get the job done on a consistent basis. The unfortunate thing here is that they have been very good in pitching and defense, and you get the sense that a couple of power hitters inserted into the line-up might help. It is going to be interesting to see what moves, if any, they make at the deadline to address this issue, especially since they are still very much alive and well in the division race. Jake Odorizzi (5-6, 2.80 ERA) will start for the Rays on Wednesday. While he was roughed up in his last start, Odorizzi has been consistently good in the outings before that one.

This run that the Phillies are on has to come to a grinding halt, sooner rather than later, and I believe that this game might be where it all starts to fall apart for them.Sources:YahooSports.com: http://sports.yahoo.com/mlb/players/9310/MLB.com: http://m.mlb.com/player/605388/adam-morgan
Older post
Newer post