MLB Betting News
As the 2015 MLB betting season turns from a sprint into a marathon, some teams are continuing to dominate, while others are starting to fall off the pace – and others are just getting started. Here are the latest rankings.

Matt Holliday and Trevor Rosenthal have both had the injury bug, but Randal Grichuk and Kevin Siegrist are filing in quite nicely.

Did you know that Royals catcher Salvador Perez has five RBIs in June – on five solo home runs? The Royals rank seventh this year in stolen bases after leading the American League last year.

(4) Houston Astros George Springer is hitting .407 in June, working hard for a place on the All-Star team.

The Rays remain in first place after winning three from Washington and a pair in Cleveland. However, Erasmo Ramirez is the latest Rays pitcher to leave a game with an injury.

Alex Rodriguez got his 3,000th hit by nailing a Justin Verlander fastball into the right field seats.

Zack Greinke has an ERA of 1.99 in his last eight starts – but has not won any of them. 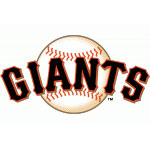 Hunter Pence and Angel Pagan have not been contributing, but the Giants are winning anyway. 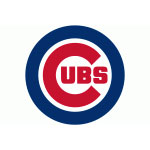 Even though they’re not on that big streak anymore, the Blue Jays appear to be the real deal. Can they catch Tampa Bay?

Check out the year Manny Machado is having – solid D at third base and hitting for more power while taking more walks.

While Max Scherzer did almost throw a perfect game this past Saturday, it was only part of a weekend in which Nats starters only permitted one run in 23 1/3 innings.

The offense has been sputtering, but Brian Dozier leads all MLB second basemen in RBIs, runs scored and home runs, and he leads the AL in extra-base hits. 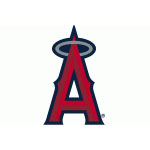 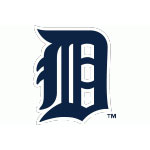 Justin Verlander’s fastball is a tick higher than it was in 2014, but he has only struck out four batters in 11 2/3 innings. He’s going to need to find new ways to get outs.

Sweeping the Mets this past weekend got the Braves back to .500. The Braves face a test with six of nine against the Nationals.

Arizona still needs to settle on a consistent starting rotation.

Indians pitchers strike out more hitters than the staffs of any other teams. So why are they under .500?

The team has brought in legend Edgar Martinez to serve as the team’s hitting coach. This could turn around the pros’ third-worst offense.

Todd Frazier had consecutive two-homer games, giving him 23 round-trippers for the season. He still lags behind in All-Star voting, though.

Brett Lawrie is 23-for-63 in June, with nine extra-base hits.

Dee Gordon is hitting .356, tied for the major league lead in average.

The Rockies lost nine of 12 to risk falling out of contention altogether.

Time to sell Clay Buchholz, who has a 2.42 ERA in his last seven starts.

During their recent eight-game losing streak, the Palehose scored 15 runs.

The Brewers just finished a week in which they went 1-6.

It’s not uncommon for a position player to pitch during a blowout. However, when the Phillies left outfielder Jeff Francoeur in to toss 48 pitches in a recent embarrassment, manager Ryne Sandberg appeared doomed. Sources ESPN.com (http://espn.go.com/mlb/player/_/id/6488/angel-pagan) Rotoworld.com (http://www.rotoworld.com/player/mlb/6237/garrett-richards)
Older post
Newer post