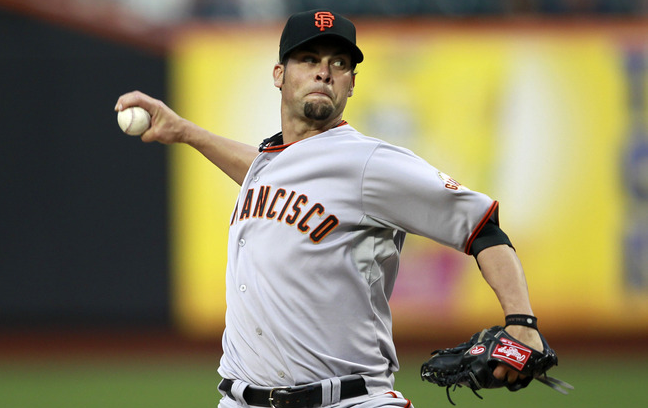 MLB Betting News
After three games, the Kansas City Royals lead the 2014 World Series 2-1 and are now just two wins away from claiming their first World Series title since 1985. Although the Royals beat the Giants in their home yard, there are two games in the Bay area and anything could happen at this instance.  Previous to this game the Giants only lost one game during their playoff run. San Francisco will now try to take advantage of their home field, even the series and then and secure the lead before they head back to Kansas City, but they face a tough task entering tonight’s match. So let’s review the details surrounding this game, including  World Series betting odds, listed pitchers and more.

Kansas City: J. Vargas W-L: 11-10 ERA: 3.71 K: 128 San Francisco: R. Vogelsong W-L: 8-13 ERA: 4.00 K: 151 It’s going to be interesting to see how Ryan Vogelsong and the Giants respond to Jason Vargas and the Royals in Game 4.  Vogelsong had become the only pitcher to yield no more than one run in his first five postseason starts, however, he wasn’t able to extend that run in Game 4 of the NLCS, giving up four runs in three innings before the Giants rallied for a 6-4 win over the Cardinals. Vogelsong is 3-0 with a 2.16 ERA in his six career playoff starts with the Giants. Vogelsong made a World Series appearance in 2012, pitching 5 2/3 innings of a 2-0 win in Game 3 against Detroit. Meanwhile, left-handed Vargas is having a terrific month, allowing just three runs on five hits with four walks and eight strikeouts in 11 1/3 innings. Vargas held both Angels and Orioles offenses to a .135 batting average. The left-hander had seven days off before his first playoff start and will have had nine before Game 4. Including the 2014 postseason, Vargas is 5-10 with a 4.59 ERA in 26 career starts with six or more days rest. Though he pitched in an exhibition outing at AT&T Park, this will be Vargas’ first start in San Francisco.

ROYALS: +1½-205, 117, OV 7 -105 GIANTS: -1½+175 , -127, UN 7 -115 San Francisco has slightly worse numbers against left-handed starters (.247/.307/.366 slash line) than they did against right-handed starters (.259/.313/.401) this season. The Royals have a better overall pitching staff than the Giants, who have been riddled with injuries this year, and only had three starters with winning records in the regular season. San Francisco’s bullpen has been very instrumental to their success during the playoffs, and will need to bail them out again in the World Series. Both teams have had problems scoring runs consistently, which is evident by the lopsided scores of the two games they have played, and will need to be more consistent in the remaining games, so they don’t have to try to come back from huge deficits in games.
Older post
Newer post