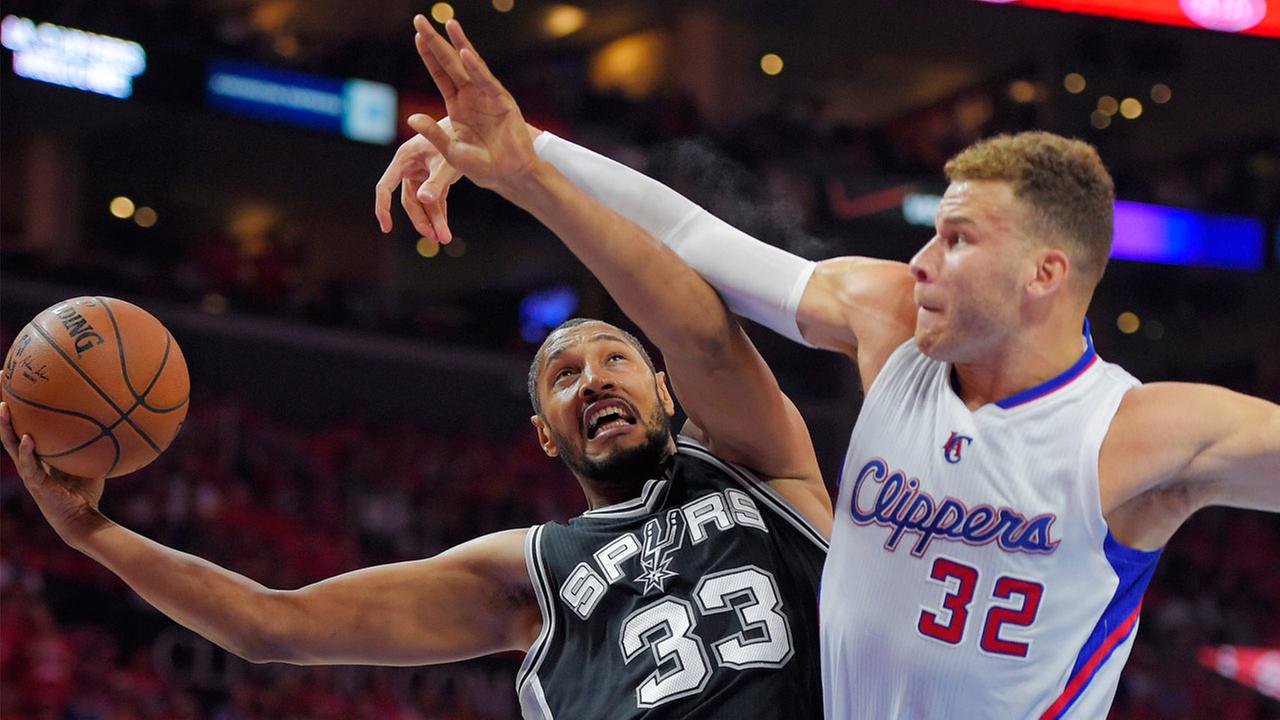 NBA News and Rumors
Quick! Call your travel agent. Those reservations for Los Angeles you canceled earlier? Kindly re-book them because the Game 6 clash between the Clippers and Rockets is still on. And while you are still on the phone, remind the Grizzlies that Stephen Curry, the real Stephen Curry, is back to his true MVP self!Yep, mind-boggling and wild-shifting has been the narrative so far in the Western Conference NBA Playoffs. So, although the league-leading Golden State Warriors are still the NBA betting favorites to reach (and win the Conference Finals) despite being tied at 2-all with the Grizzlies in their series, while the Clippers hold a 3-2 series edge over the Rockets; it wouldn’t be a surprise if we had Memphis and Houston in the Conference Finals at the expense of their favored counterparts.Personally, I’ll be the first to admit that, after the Clippers blew out Houston in every possible way in their three wins, I didn’t think James Harden and his teammates had it in them to survive Game 5. But as it turned out, I was wrong—they had the skills and will, avenging their blowout losses with one of their own, a 124-103 rout powered by a lively triple-double from James Harden, his first triple-double in the playoffs.With the Western Conference NBA playoffs looking all skewed up, we give a succinct team-by-team analysis of the remaining four teams in the West and their chances at making it to the Conference Finals, and then follow it with our prediction on the two teams we feel will make the final cut.

“It was our defense. Sometimes it was bad offense that led to bad defense,” said @CP3. → http://t.co/qOsLgJH406 pic.twitter.com/GLuTWpxyXW

After getting outscored 64-46 in the paint, being outrebounded 58-39, and getting outmatched by 14 points in transition by the Rockets on Wednesday, some serious questions are starting to emerge about Los Angeles’ capacity to close out the series Houston. Of course, the Rockets were playing at home, but it is the fact that every Los Angeles player finished Game with a negative +/- (except DeAndre Jordan at 0) that is most concerning for the Clippers, as we look ahead to Game 6 and beyond. Even so, the Clippers will be motivated by the fact that their star players still had decent numbers in Game 5, with Blake Griffin posting a double-double of 30 points and 16 rebounds, and Chris Paul also coming up big with 22 points and 10 assists. In addition, Thursday’s Game 6 will be played in LA, a place where the Clippers are 3-1 in the last 4 outings, including the utter dominance over the Rockets in Game 3 (beating them 124-99) and Game 4 (beating them 128-95). This should thus give psyche-up the Clippers for a solid home showing and a bounce-back from Game 5’s loss.

According to this summarized analysis by ESPN’s Ben Alamar, the Rockets still have a good shot at reaching the Western Finals, especially if they can force out a win on Thursday and take the series to Game 7.Needless to say, beating the Clippers at home won’t be easy, especially if you consider that the Rockets have been somewhat road-challenged, going 1-3 in their last 4 road games. Nonetheless, if yesterday’s game is anything to go by, the Rockets aren’t totally out in the series. Besides Harden’s 26 point, 11-rebound, 10 assist-performance yesterday, other players also chipped in handily in the team-oriented performance, including Dwight Howard (20 points and 15 rebounds), Trevor Ariza (22 points), Corey Brewer (15 points), Terrence Jones (12 points) and Josh Smith (9 points and 7 rebounds), who all greatly contributed to the win. Another strong game from these talented players could thus swing the odds against the Clippers, who enter Game 6 as solid home favorites in the NBA betting odds.

With back-to-back losses to the Grizzlies in Game 2 and Game 3, and everyone asking about the whereabouts of the dominant Warriors, this season’s NBA MVP Steph Curry stepped up to answer the Doubting Thomases with 33 points, Draymond Green had a double-double of 16 points and 10 boards, Klay Thompson added 15 markers and Harrison Barnes together with Andre Iguodala combined for 23 points to earn the Warriors a vital 101-84 road win over Memphis in Game 4 on Monday.Meanwhile, Golden State coach Steve Kerr’s bizarre-but-smart decision to put center Andrew Bogut on Tony Allen and move Barnes onto Zach Randolph disrupted Memphis’ flow, ensuring that Golden State’s defense was able to contain the hard-grinding Grizzlies.Looking ahead to Game 5, there is a high likelihood that Kerr will maintain the gameplan from Game 4, which could easily see Memphis struggle once again, especially because Golden State will be playing at the Oracle Arena—a place where Golden State has won 42-of-45 games this season. And with a third win looking very likely today in Game 5, it will only a matter of time before the deeply talented Warriors collect the All-important 4th win in the series, whether in Game 6 or 7.

Allen, Mike Conley, Randolph and Marc Gasol have been the 4 big reasons behind Memphis’ postseason surge, including a road win at the Oracle Arena in Game 2 and a refreshing home victory over Golden State in Game 3.On paper, the Grizzlies still have a chance of winning this series, more so if they can do the unthinkable once again—shock Golden State today in Game 5. That, however, is going to be a tall order, bearing in mind the resurgence of Curry and the imposing defensive plays by Bogut and Green. Still, if they were able to stop Curry and Co. in Game 3, what’s to stop Memphis from repeating the feat again today?

In the Golden State vs. Memphis series, I am strongly convinced that the Warriors will eventually come through as the victors, even if the Grizzlies are guaranteed to give them a hellish time.As for the Rockets-Clippers series, well, my heart is with Houston, but my mind is with Los Angeles. The Clippers are 3-2 and with their next game being played in their home turf, a 4th win looks more likely, rather than hoping for a road win for the Rockets, who haven’t been good in their away-from-home games.Plus, according to statistics, teams that go up 3-1 in the playoffs usually clinch the series 96.4 percent of the time. Even more interestingly, that percentage increases marginally to 96.7 percent in Second Round Playoff games. Going by such percentages, the Clippers, who led their series 3-1 after four games, therefore have the best shot to make it to the finals.Therefore, as far as Western Conference Finalists are concerned, here are our NBA picks: Golden State and Los Angeles Clippers.Interesting Note: None of the current 4 Western Conference Playoff teams have been to the NBA Finals since the pre-1999 lockout era. The last NBA Finals appearances by the four teams are as follows: Houston (1995), Golden State (1975), Memphis (never), and Clippers (never).Sources:ESPN: http://espn.go.com/nba/recap?gameId=400793865ESPN: http://espn.go.com/nba/recap?gameId=400792891
Older post
Newer post