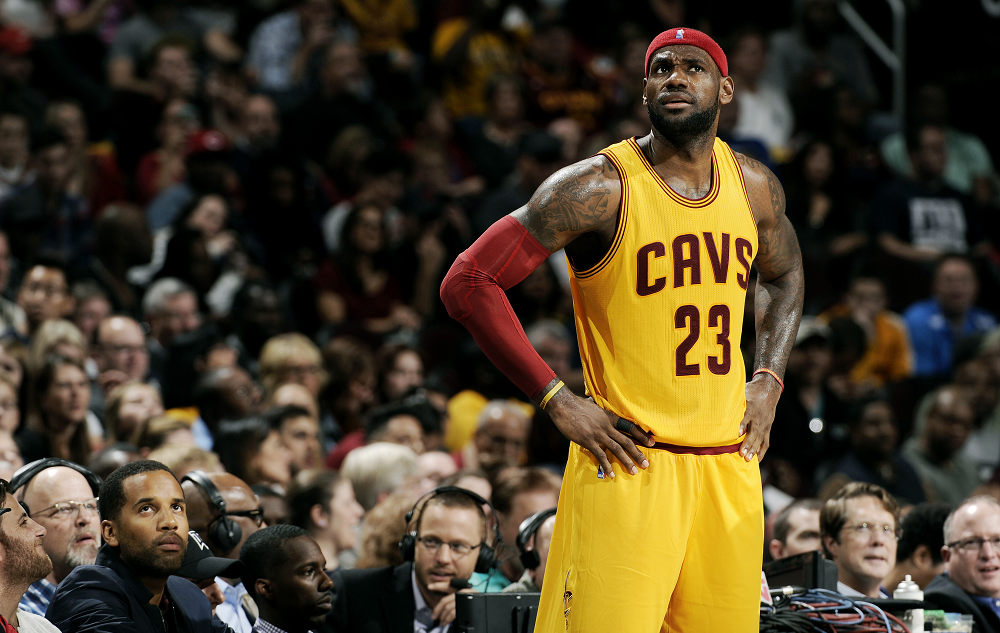 NBA News and Rumors
With two victories over the Cavs in the last 10 days, the 7th-seeded Boston Celtics (40-42) are hoping for another win at the Q when they take on the No. 2 seed Cleveland Cavaliers (53-29) this Sunday. Expectedly, the Cavaliers are double-digit favorites in the online betting odds to win this game, going by their strong reputation at the Quicken Loans Arena, but will that be able to scare off the Celtics, who enter the postseason games on a remarkable six-game winning streak?

What to watch for when two of the East’s hottest teams square up today in #TheLand: http://t.co/xgBaIO5qr0 #ALLinCLE pic.twitter.com/RwgAacqB0K— Cleveland Cavaliers (@cavs) April 19, 2015

In spite of mostly playing with their reserves, the Cavs still managed to close their season with a win, topping the Wizards 113-108 on Wednesday. Meanwhile, after posting two back-to-back wins over the Cavs last week, the Celtics continued with their impressive run, beating Toronto on Tuesday, and then finishing their regular season with a 105-100 win against Milwaukee on Wednesday.Going by their recent form, the Celtics can almost beat any team if they want to. A good example of their immense strength when they are clicking is the 117-78 blowout win they posted over the Cavs last Sunday, even if Cleveland rested most of its starters in that game.In addition, Boston owns the best bench in the NBA, with its reserves averaging 41.4 PPG scoring, and a mean defense that is allowing just 99.52 PPG against Eastern Conference opponents. Leading the bench is deadline-day trade acquisition Isaiah Thomas, who is racking up 20.8 PPG, 2.2 RPG, 5.4 APG, and 2.8 threes per game in his last 5 contests.Meanwhile, Evan Turner (11.3 points, 7.9 assists and 6.5 rebounds in his last 10 games) and Marcus Smart (who scored 19 points on 7-for-10 shooting last Friday) have upped their games recent matchups.Still, it is not going to be that much of an easy task to beat LeBron James and Co. at the Q, bearing in mind that the Cavs have just lost one of their last 21 games at home. Plus, besides the ever-dangerous LeBron (27.3 points and 6.3 assists in 3 games against Boston this season), the Cavaliers have a pair of All-Star teammates in Kyrie Irving (22.5 points in 2 games against the Celtics this season) and Kevin Love (14.3 points and 9.7 rebounds in 3 games against the Celtics this season), who are both well-capable of lighting up the scoreboard.And as far as defending is concerned, the Cavs have been allowing 98.66 PPG for the season and just 97.06 PPG against Eastern Conference opponents. The Cavs should thus be able to handle Thomas and his teammates when the two teams meet this afternoon.

Cleveland wins the game to pay its SU bettors, but Boston keeps the scores close to get the ATS, with the total looking to go OVER.
Older post
Newer post