NBA News and Rumors
Veteran point guard Chris Paul and the rest of the Los Angeles Clippers will look to pull off a repeat performance of their surprising Game 4 win over the San Antonio Spurs when the two Western Conference title contenders square off in their Game 5 showdown tonight.Better yet, MyBookie.ag online betting fans everywhere will have a great opportunity to cash in with a potentially winning wager thanks to this expert betting breakdown.

When: 10:30 PM ET, Tuesday, April 28, 2015Where: Staples Center, Los Angeles, CaliforniaTV: TNT, FSN Southwest (San Antonio), Prime Ticket (Los Angeles)NBA Odds: Los Angeles -2, Over/Under: 205The Clippers ad CP3 both bounced back from their humbling 100-73 Game 3 home loss to San Antonio on Sunday. After scoring just seven points in his previous game, Paul scored a game-high 34 points on 11-of-19 shooting in Game 4, although it was little-used backup Austin Rivers that may have saved the Clippers’ season with a stunning 16-point effort off the bench.Now in his third year, the often-maligned son of head coach Doc Rivers, commented on his performance afterward.“This is something I know I can do,” Rivers told reporters. “It wasn’t a surprise for me. Obviously it is to you guys but I’ve been working so hard and this team has been working so hard.”All-star power forward Blake Griffin added 20 points and 19 rebounds in the win.The Clippers regained home-court advantage in the series, but the Spurs don’t seem very worried according to Hall of Fame-bound power forward Tim Duncan. 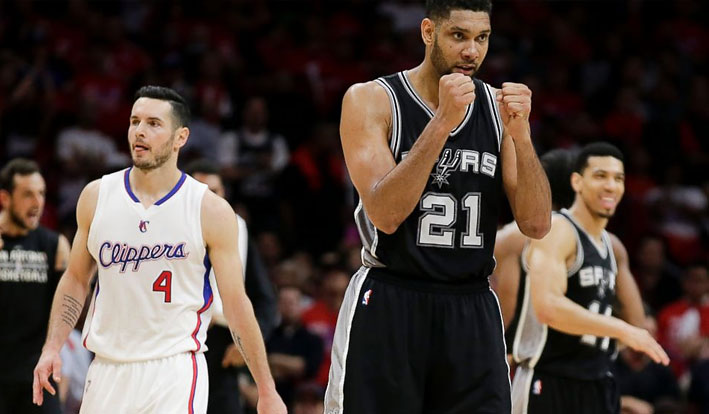 “It’s on the road, it’s on their home court,” Duncan told reporters. “It’s good for them obviously but we’ve won there before. We know how to win on the road.”The Spurs got a team-high 26 points from Kawhi Leonard in the loss with Duncan adding 22 points on 8-for-13 shooting and Tony Parker chipping in 18 points.San Antonio head coach Gregg Popovich was disappointed with his team’s effort in Game 4 and did not hide his feelings afterward.“We didn’t execute sharply enough in what we wanted to do strategy-wise or just in general basketball play. I’m just more disappointed in the lack of focus than anything else, and not being as sharp in a lot of situations.”

Make no mistake about it NBA betting buffs, not only can the San Antonio Spurs win in Los Angeles, but I expect them to do just that tonight, although I will admit that I’m expecting a flat-out thriller that comes down to the final possession or two for each ballclub. 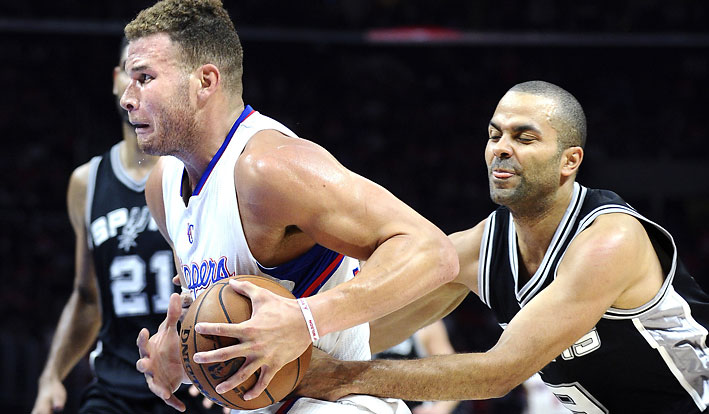 NBA bettors that like to et the Over/Under Total should know the Over is 5-2 in the last seven meetings in Los Angeles and 9-4 in the last 13 meetings overall.
Older post
Newer post