NBA News and Rumors
During the 2015 NBA draft, the Charlotte Hornets chose Frank Kaminsky with the ninth overall pick. Unfortunately for NBA betting fans, this meant that they let Duke star Justise Winslow pass, along with Kentucky’s Devin Booker. Standing 7 feet tall and weighing in at 242 pounds, Kaminsky played all four seasons with the Badgers, getting them to the Final Four. As a senior, Kaminsky averaged 18.8 points and 8.2 rebounds per game.In an era when many college players come out as early as they think than can earn a spot on an NBA roster, Kaminsky is a real throwback. Kaminsky used all four years of his eligibility to stay with a quality team, and he appeared in the national championship game as a senior, after upsetting the juggernaut known as the Kentucky Wildcats.One wrinkle that Kaminsky will have to overcome has to do with a comment that he made last year about the prospect of playing in Charlotte. When he was making a blog post about why he was staying in the NCAA rather than turning pro, he mentioned the paltry crowds that showed up at Charlotte (then the Bobcats) games, calling the dynamic “flat-out boring.” During a media conference call on Thursday, he apologized for those comments, saying that it was a “different me” talking.

.@FSKPart3 is in Charlotte and will speak with the local media at 10:30am EST WATCH LIVE: http://t.co/OrgXNSPPKY pic.twitter.com/CQ6iLeMqYi

As a youngster, Frank Kaminsky idolized Charlotte Hornets owner Michael Jordan, when Jordan was starring for the Chicago Bulls. Chicago is Kaminsky’s hometown, and he had family members who worked for the Bulls – and he even got to meet Jordan as a teenager.This marks the third straight draft in which the Hornets spent a top1- pick on a player who is expected to appear at power forward, after Cody Zeller and Noah Vorileh. The Hornets shipped Vorileh to the Portland Trail Blazers the day before the draft. Kaminsky brings offensive skills, both with a game in the low post as well as 37 percent accuracy from beyond the three-point line (which is closer than the NBA three-point line). On defense, Kaminsky struggles to guard his men.Justise Winslow ended up going to the Miami Heat, who chose him at #10, while Devin Booker ended up with the Phoenix suns, who had the 13th pick. The Hornets followed Kaminsky in the draft by choosing small forward Juan Vaulet from Argentina with the #39 pick. They then shipped Vaulet to Brooklyn for second-round picks in the 2018 and 2019 drafts. 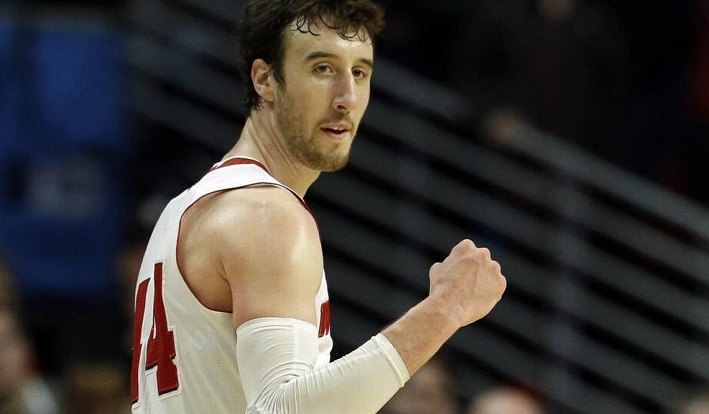 The draft began as predicted, as Minnesota selected Karl-Anthony Towns from Kentucky. The Lakers passed over Jahlil Okafor and took guard DeAngelo Russell. The 76ers took Okafor with the #3 pick. All of these events happening early meant that Winslow was still available at the #9 slot – something that almost no draft forecasters had thought would happen.The Hornets have been busy since the end of the 2014-2015 season, in which they went a disappointing 33-49 and missed the playoffs. The hope is that by drafting Kaminsky and making some other trades, the Hornets will be able to contend in the East. The recent success of such teams as Washington and Toronto in making the postseason gives the Hornets hope that they can find their way into the season-ending tournament as well.Sources:Wikipedia.org (https://en.wikipedia.org/wiki/Frank_Kaminsky)ESPN.go.com (http://espn.go.com/nba/player/_/id/3135048/jahlil-okafor)
Older post
Newer post