NBA News and Rumors
During Roy Hibbert’s seven years with the Indiana Pacers, he saw extreme highs and lows in terms of the way his career arc has gone. He has one season left on his contract, and now he is on a new environment – Los Angeles – as he looks for a renaissance with the Lakers – who could also use one. Given the time he has put in on his fitness, slimming down from 283 to 267, there is hope that he will see new life in the Staples Center.

As most NBA betting enthusiast know, the current trend in the league is for big men to be able to move faster. In fact, in the most recent NBA Finals, both the Warriors and the Cavaliers relegated their starting centers to the bench, because their lack of mobility was a liability. However, it’s not likely that the center position will go into extinction, particularly over the grind of an 82-game regular season. The simple truth is that very few teams are built like Golden State and Cleveland, and the center position will remain important. Now that Hibbert is in better physical shape, he’s more likely to be able to excel at what he has always done best – play defense. General manager Mitch Kupchak knew that the Lakers would never move back up into the playoffs, especially in the West, if they couldn’t play defense, and Hibbert could definitely add some toughness to the lane. 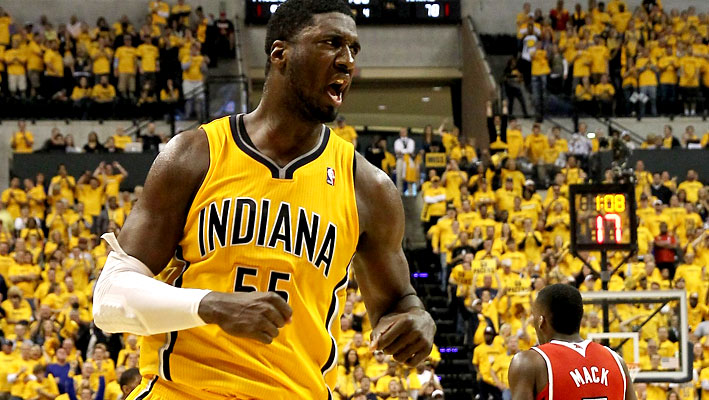 If you’re one of those who thinks that Hibbert is already on his way out in terms of age, remember that he’s only 28. That’s far from the twilight of a career, particularly when a player hasn’t had a lot of debilitating injuries. He has averaged 1.9 blocks per game for his entire career, and he is known for protecting his rim. Over the past couple of seasons, it’s true that Hibbert’s offense has fallen off the shelf. However, he has been in the league’s top 10 in block percentage five times. He doesn’t score – particularly in mid-range shooting. His rebounding is average, although he does surprisingly well on the offensive glass. Given the softness of his hands, his shooting percentage over the last three seasons (regularly below 45 percent) is puzzling. Could L.A. be the place where he finds his offensive game again? 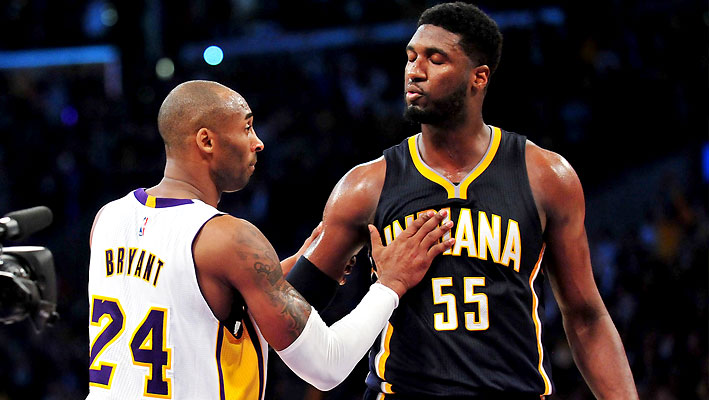 Even without an offensive rebirth, though, Roy Hibbert will make people think twice when they come into the lane, as his presence does slow down penetration and change shots. The Lakers permitted 108 points per 100 possessions in 2014-15, a trend that has to change. Now that Kobe is back and healthy, and given the gifted players the Lakers have added, we know that this team can score. However, its propensity for giving up large numbers of points has been its Achilles heel – and will continue to be if Hibbert continues his vanishing act. If he can live up to his potential and show some renewed vigor, though, the Lakers could be a surprising contender this year. This doesn’t mean, of course, that the perimeter defenders can let their guys fly by, thinking that Hibbert has it covered at the rim. However, the area inside the paint should be locked down, more or less, when Hibbert is on the floor, especially given his newly athletic frame. Sources Wikipedia.org (https://en.wikipedia.org/wiki/Mitch_Kupchak) NBA.com (http://www.nba.com/playerfile/roy_hibbert/)
Older post
Newer post