NBA News and Rumors
If you’re an NBA betting enthusiast that is looking to add to the annual roundball betting bankroll, then you’re in luck thanks to this pair of free NBA playoff betting picks centered around tonight’s two-game slate of first round playoff matchups.Let’s get started in Hotlanta where the Hawks will look to take a 3-2lead in a series that has turned out to be a lot more entertaining than anyone originally expected.

It’s crazy to think that, just five years ago, basketball fans across the globe were in heated arguments about whether or not Deron Williams or Chris Paul was the best point guard on the planet.While the aptly-named CP3 has remained arguably the best floor leader in the game, Williams has fallen on hard times ever since leaving the Utah Jazz in a tiff during the 2010-11 regular season.Nevertheless, the oft-injured Williams turned back the hands of time on Monday night by scoring a game-high 35 points to lead Brooklyn (40-46 SU, 43-41-2 ATS) to a solid 120-115 overtime win that knotted their first round series against top-seeded Atlanta at one game apiece. The much-maligned point guard shot 12-for-25 from the field and drained seven three-pointers in the win. 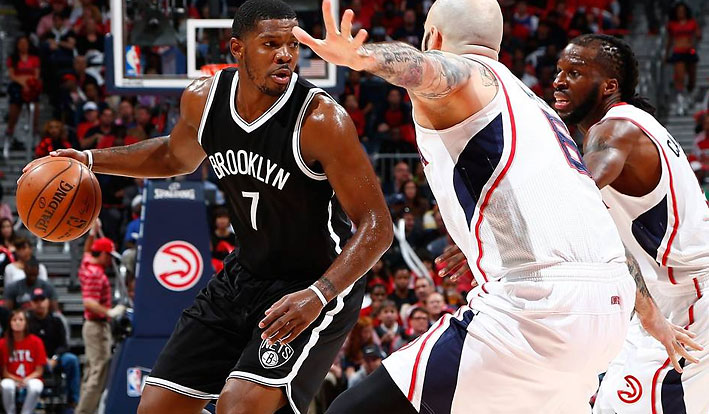 Williams took a lot of public criticism after playing poorly in the first three games of the series, but came alive at just the right time for a Nets team that was in need of a boost on Monday night.“People are always going to say something,” Williams told reporters. “… I’ll let them talk and try not to let it affect me as much as possible. I’ve got a lot of people that love me, and that’s the most important thing.” The top-seeded Hawks swept the four games in the regular season and took the first two in the series before stumbling.Atlanta (62-24 SU, 50-34-2 ATS) got 20 points from Jeff Teague and DeMarre Carroll and out-rebounded the Nets 55-40 in Game 4 but also gave up 16 costly turnovers to lose the close affair.“This is what the playoffs are all about,” Atlanta coach Mike Budenholzer told reporters. “What we expect is to be challenged, and this is a great challenge for us.”Prediction: I’m going to get right to the point by saying that I like Atlanta to win tonight’s matchup, but Brooklyn to cover a point spread that is just a couple of points too high for the Hawks. 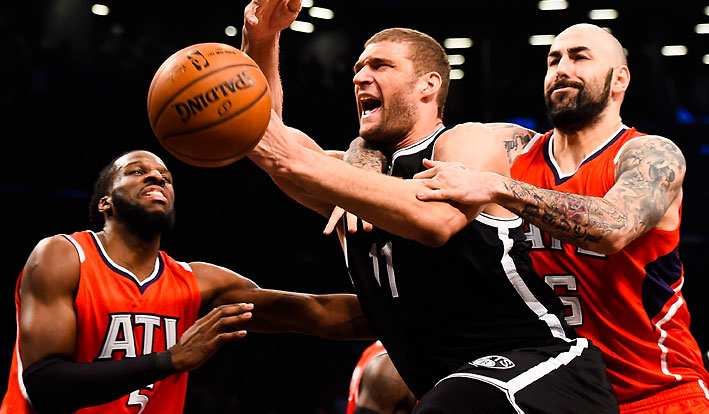 The Portland Trail Blazers managed to hold off the Memphis Grizzlies on Monday night by picking up a hard-fought 99-92 win, but it says right here that the Grizz are going to dispatch the Blazers with a backhand smack that would make the great Roger Federer proud.Backup shooting guard C.J. McCollum came up big for the second straight game for Portland by scoring 18 points in Game 4 after putting up 26 points in Game 3. The veteran perimeter player has made 16-of-26 field-goal attempts during the last two games. 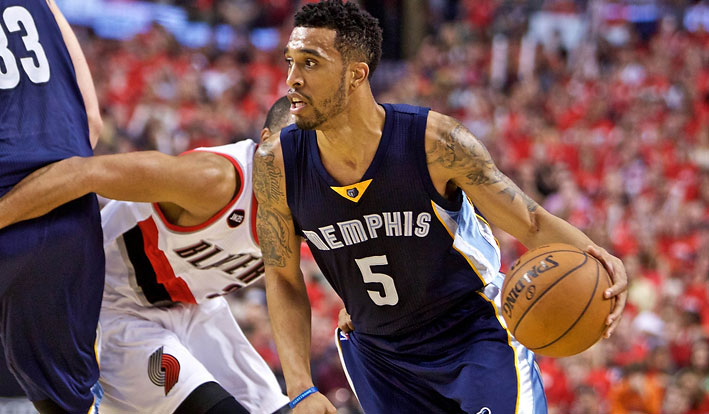 “The first two games, I came out kind of shaky and played like a younger player, making mistakes and not making open shots,” McCollum told reporters. “I just wanted to show my teammates that I could play in a big game and help them out. I was aggressive, trying to get to the cup.”Electrifying point guard Damian Lillard scored a game-high 32 points on 12-of-23 shooting to lead the Blazers to victory.Memphis blew a golden opportunity to sweep the Blazers on Monday, but that’s also one of the reasons I really like Marc Gasol and company to win their Game 5 contest handily.Gasol scored 21 points, but came away none-too-pleased. 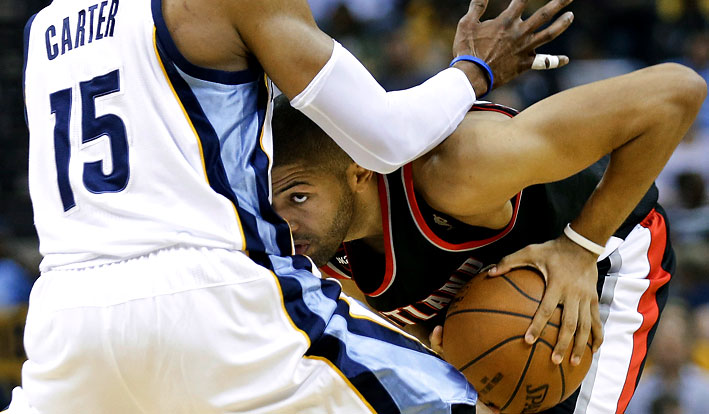