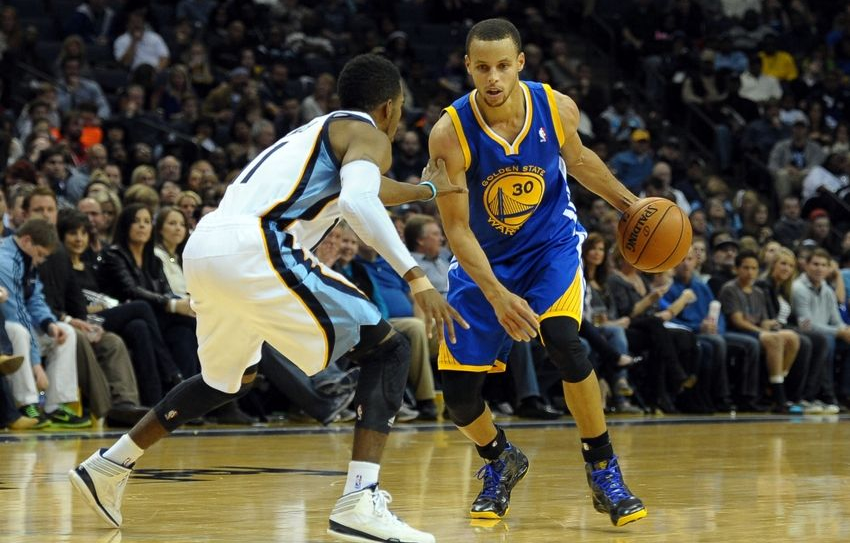 NBA News and Rumors
With his shiny, new MVP trophy in hand, point guard Stephen Curry and the Golden State Warriors will look to take a commanding 2-0 series lead over the desperate Memphis Grizzlies when the two teams square off in Game 2 of their Western Conference semifinals showdown tonight. Curry received the NBA’s award for its top player on Monday after garnering 100 of the 130 first-place votes to beat out Houston superstar shooting guard James Harden. Okay, let’s take a look at tonight’s affair and check the NBA betting lines before I offer up my expert pick.

When: 10:30 PM  ET, Tuesday, May 5, 2015Where: Oracle Arena, Oakland, CaliforniaTV: TNTNBA Betting Lines: Golden State -10Over/Under: 196.5Analysis: With starting point guard Mike Conley Jr. out of the lineup, fifth-seeded Memphis looked nothing like the team that easily dispatched Portland in five games in the first round as they took an emphatic 101-86 pounding on the chin in Game 1 as a 10.5-point road dog.Conley, who is out with facial fractures, will almost assuredly be out of the lineup again tonight. Memphis got 21 points from Marc Gasol and 20 points from Zach Randolph in the loss, but had no player finish with more than Randolph’s five assists.“We’ve got to do a better job of communicating and know what we want to do if that situation happens in the game,” center Marc Gasol told reporters. “We’ve got to all know what we’re looking for.”Backup point guard Nick Calathes struggled in shooting 0-for-4 from the field while committing three turnovers in just under 21 minutes as Conley’s replacement in Game 1.

“The playoffs are where – regardless of what your injury is – you find a way,” Conley told reporters. “If they tell you four weeks, you want to be back in a week. That’s how guys look at it but I’ve got to be smart.”Curry led Golden State with a team-high 22 points while dishing out seven assists and making four steals. Backcourt mate Klay Thompson added 18 points and forward Draymond Green drained four shots from downtown while chipping in 16 points. Green, the Warriors’ emotional leader, talked about Golden State’s new found mentality this season.“It’s not that other teams got injuries or someone is eliminated,” Green told reporters. “We feel like we can beat anyone, and that’s been our mindset the entire year and it’s not going to change now.” 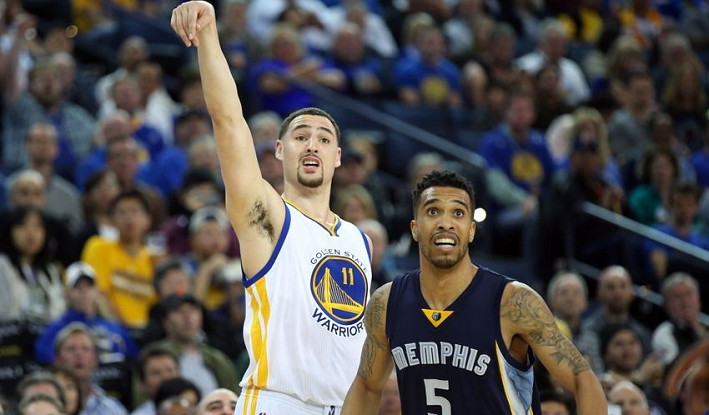 Curry averaged 23.8 points and 7.7 assists this season while leading the Warriors to a 67-wins in the regular season.“It’s a fun time, the pressure is on,” Curry told reporters. “The vibe around the league is at a high, and I think we’re ready for the moment.”Prediction: Golden State has won 21 consecutive home games and is 42-2 at Oracle Arena this season. No matter how hard I try, I just don’t see the Warriors losing this game to a Memphis team that, even with Conley in the lineup, is still lacking offensively. With Golden State looking like a virtual lock to win outright, the only question in mind is whether or not the Warriors will cover the double-digit spread. 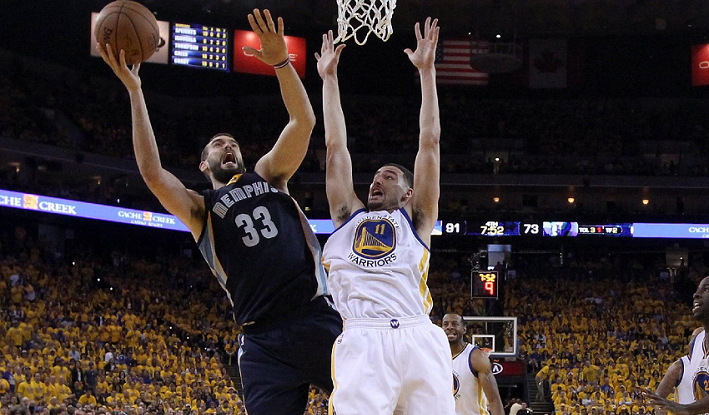