NBA News and Rumors
When a team experiences injuries during the course of the regular season, they know that they have time to nurse the players in question back to health. The same cannot be said when injuries occur right before, or during, the playoffs. The first round match-up between the Portland Trail Blazers and the Memphis Grizzlies features a pair of teams that have had injury issues at different points of the season. Looking to bet on this game? Then this online betting preview is for you.

The Memphis Grizzlies, like every other team in the league, had injuries to contend with during the regular season. They were able to succeed despite that, and are now in the unenviable position of being fully healthy heading into the postseason. That said, this is not a team that is exactly on fore coming into the playoffs. They very much looked like the cream of the crop in the Western Conference through the first 50+ games, but they faltered a little coming down the stretch. The question now being asked is whether the Grizzlies were just hugely overrated, or if they are a team that just went off the boil a little. The fact that they started to struggle offensively down the stretch might well suggest that the latter is true. They certainly looked better on the offensive side of the court in Game 1, as they ran out comfortable 100-86 winners. 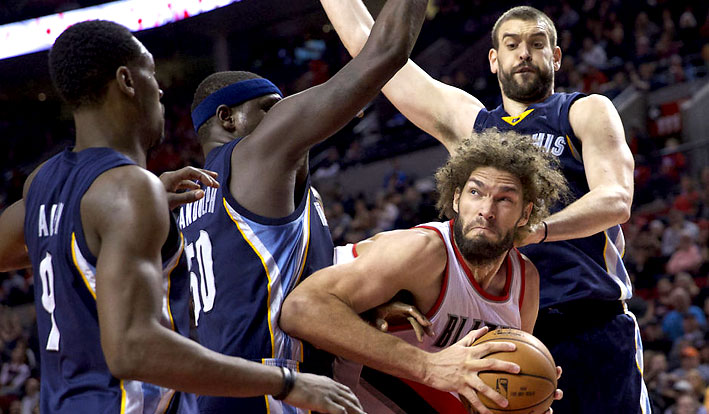 This is beginning to look like a Portland team that is going to have something of a bittersweet season. They won their first division title since the strike-shortened season in 99, but are now having to contend with injuries that are leaving their team pretty much depleted. Other than the performance of LaMarcus Aldridge (32 points, 14 rebounds) in Game 1, the Trail Blazers really didn’t look as though they were ready to put up much of a fight against the Grizzlies. This was actually the worst shooting numbers that Portland had posted all year, which is something they are going to have to remedy quickly if they hope to be competitive in the playoffs.

The Grizzlies looked calm and composed in Game 1, and I expect more of the same in Game 2 on Wednesday night. This is only the second time in the history of the team that they have managed to secure home court advantage in the postseason, and I think they are ready to take full advantage of that.
Older post
Newer post