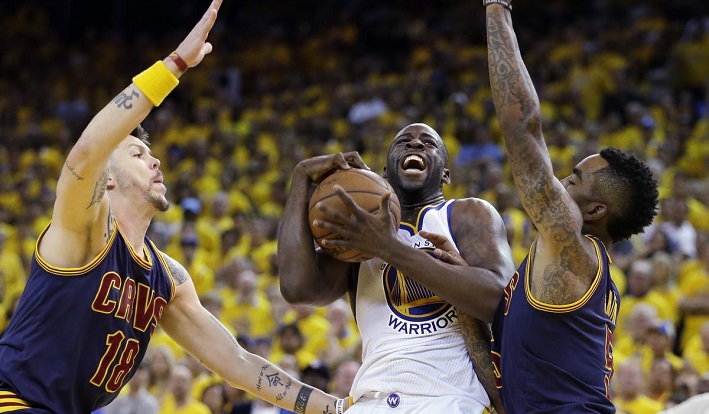 NBA News and Rumors
Now that Kyrie Irving has joined Kevin Love in the ranks of the injured for the Cleveland Cavaliers, the already online betting favorite Golden State Warriors are even more favored to win the NBA title. Irving’s surgery for a fractured left kneecap went well Saturday morning, but the rest of the Cavaliers will have to make it through the last round of the playoffs without two of their key pieces. As LeBron James put it, he understood that the Cavs “were the underdog coming into the series, and with Kyrie being out, people are writing [the Cavs] off.” However, the Cavs are simply drawing motivation from that trend and preparing to play even more aggressively.Initially, Cavs coach David Blatt said that Irving’s injury came without any contact. However, now he says that Irving collided with the Warriors’ Klay Thompson that evening. While Irving had had minute restrictions in earlier rounds of the playoffs to protect his knee, there were no limits in place for Game 1 of the Finals, in which Irving would play 44 minutes. There had been eight days off between the end of the Atlanta series and the finals, giving his knee plenty of time to rest. Just to be sure, though, the Cavaliers had ordered tests on Irving’s knee in the days before Game 1, and his range of motion and strength had improved significantly. The fact that Irving regularly suffers from tendinitis had not been seen as a direct cause of the fracture to the kneecap.So now that the Cavs are in a 1-0 hole, who will step up? Two that have to are Matthew Dellavedova, who will likely start for Irving, and Iman Shumpert, who ran the point in college and could make an able replacement at that position. The fact that the Cavaliers were able to take Games 2 and 3 against Atlanta with Irving out of the game has also brought calm to the locker room. In addition to Irving and Love, Anderson Varejao has also seen his season come to an end during the playoffs.This is a large number of season-ending injuries for one team to suffer during a playoff run. While many teams have gone through the playoffs with significant losses happening, it simply shows the increasing physical nature of play in the NBA. Players are getting faster and stronger, which means that collisions – both with other players and with the floor and other surfaces – are happening with greater momentum. As a result, the number of injuries is increasing. While muscles can get bigger, bones and connective tissue (cartilage, tendons, ligaments) do not, and they too often take the brunt of those impacts. 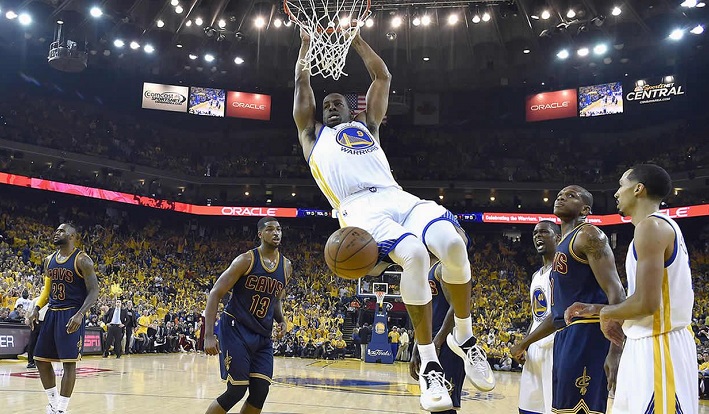 The Warriors know better than to take the Cavs lightly, even with these injuries now a factor in the series. Even without Irving, the Cavs will be able to put a highly talented team on the floor, as such role players as Mike Miller will also get some more time. There is, of course, LeBron to consider as well. While his 44 points in Game 1 were not enough to get the Cavaliers to a win, they did take the game to overtime, and even though they had a poor performance in the extra frame, they showed that they have the will to stay with the Warriors. No matter who is around LeBron, he makes the rest of the team better with his distribution in the face of defensive attention from the other team. As the series progresses, the team that can maintain defensive focus while staying committed to its offensive plan will emerge to take the trophy home.
Sources:
ESPN.com (http://espn.go.com/nba/player/_/id/2489716/matthew-dellavedova)
NBA.com (http://www.nba.com/playerfile/mike_miller/)
Older post
Newer post