The 1996 first round pick has seen and done it all, as far as winning and breaking records is concerned. To mention a few of his credentials, Bryant is a 17-time All-Star, 11-time All-NBA First Team, 9-time NBA All-Defensive First Team, 5-time NBA Champion, 4-time NBA All-Star MVP, 2-time NBA scoring champion, 2-time NBA Finals MVP…and all that is just a scratch on the surface of who the mighty Kobe is. It therefore goes without saying that Bryant’s retirement will be a huge blow to the Lakers and NBA fraternity in general. Kobe is usually a joy to watch and his presence represents the very essence of selfless dedication to the sport of NBA and everything good that comes with it, both on and off the field. For the Lakers, a team that Bryant has played in for his whole life, the loss of Bryant and his talent will be immeasurable. Even with a number of injuries, Bryant’s scoring has remained stellar, topping those of other younger and energetic players in the team. In essence, that is the reason the Philadelphia-born superstar is the All-time scoring leader for the Los Angeles Lakers. Bryant has also been a magnet for attracting other high-caliber players, a key reason why a good number of great-value draftees and free agents have opted to join the Lakers in the recent years. This offseason is expected to be no different, with either Karl-Anthony Towns and Jahlil Okafor (the top two players in this year’s draft) expected to sign for the Lakers. Meanwhile, a number of big-name free agents like DeMarre Carroll, Rajon Rondo, Kevin Love and Marc Gasol have been linked with a move to Los Angeles. And on his part in helping in getting new players in this offseason, Bryant reportedly told Kupchak that, I’m just going to do what I do during the offseason. If you need me, I’ll help recruit. If you want my opinion on a player, give me a call. I’ll be at the gym today, let’s sit down and get lunch, let’s talk.” 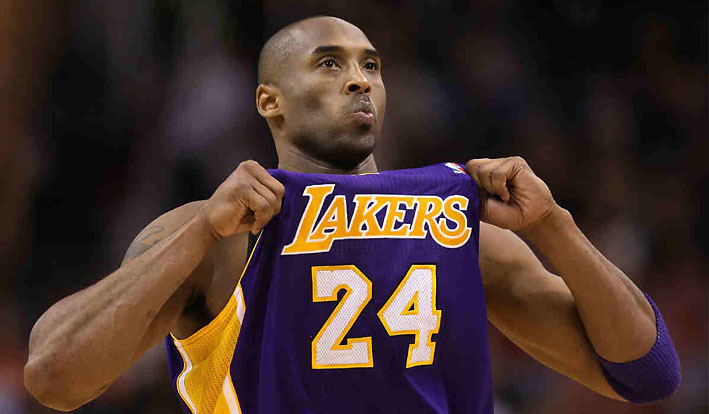 It should however be noted that, even with all the value he brings to the team, Bryant is bound to retire soon, even if he somehow doesn’t get to do it after this season. Also, his on and off injury concerns make him a high risk player. The 2014-15 season was a good case in point for them, as the team was hurt mightily when Kobe suffered a season-ending torn rotator cuff injury in his right shoulder. The injury forced him to undergo surgery that kept him out of the team for the remainder of the season. The sooner the Lakers accept that and start learning about life without him, the better it will be for them. Fortunately, solid sophomores like Julius Randle and Jordan Clarkson are returning with a lot of promise to the team in 2015, while there are some significant surging talents in the team, giving the Lakers a very good chance of working their way up the league from a disappointing 2014 campaign. The newly drafted players and free agents who will be signed in the offseason should additionally ensure that the team finds a formidable shooter to bank on, rather than just over-relying on the future Hall of Famer

Life without Bryant and his mesmerizing skills will certainly leave a huge gap in the Lakers team and the NBA general. Nonetheless, maybe his retirement is for the better, as it will offer a chance for other budding talents to spring up so that, in a couple of years, we will have the next Kobe Bryant to leave another lasting legacy. After all, the NBA has no shortage of stars in scoring and defense so, even with undeniable fact that Bryant will be dearly missed, life should be able to go on…as has been the case in the retirement of other past NBA Hall-of-Famers. Sources Wikipedia.org (https://en.wikipedia.org/wiki/List_of_National_Basketball_Asso) NBA.com (http://www.nba.com/history/naismith-memoria)
Older post
Newer post