NBA News and Rumors
The Clippers have been busy during the offseason, recruiting and creating drama all over as they seek to make the depth of their team better than last season. Some of the names they have managed to bring into the franchise include Josh Smith, Lance Stephenson, Paul Pierce, Wesley Johnson and Cole Aldrich. As if that was not enough, they also got Pablo Prigioni and are still looking like they would be bringing in more. And don’t forget the buzz they created in order to retain the services of DeAndre Jordon.With such players in the team, it means the squad is strong enough to be a team contending for the championship. But one key factor is still in question in the NBA betting community; what kind of season will Blake Griffin have? Will he get injured like in 2014 and force his team into struggling without him, or can he maintain full health that is likely to offer consistent leadership and motivation for the team? Here are some possible answers to such questions:Griffin’s 2014 SeasonDuring the 2014 season, Griffin suffered a number of injuries, most notable of them being an elbow injury that left the Clippers with just six players in their main rotation. Partly, his injuries diminished his usual numbers and efficiency, as he averaged 7.6 rebounds per game or 7.8 per 36 minutes (12.1 percent rebound rate). This was down from career number of 9.7 per game and 9.8 per 36 minutes (15.8 percent rebound rate). Also, he was dunking less and not going for rebounds ferociously as he used to.When later asked about his reduced on-field aggressiveness, he said he was trying to avoid major injuries, while trying to stay fit throughout the season, as opposed to the previous seasons when he would get tired by February. This seemed true because, by the time the season reached the playoffs, he was bursting with energy and astounding the NBA with several highlight reels of big dunks.His dominance in the games against the San Antonio Spurs and the Houston Rockets in the playoffs was clear for the world to see. To prove this, he had per-game averages of 25.5 points, 12.7 rebounds and 6.1 assists in the postseason. And all the talks about his shooting game abandoning him were silenced, as nearly 22 percent of his shooting attempts came all the way from 16 feet out to the three-point line. Oh, and he didn’t just shoot, he nailed a good number of the attempts, converted a staggering 42.4 percent of those attempts. So although his regular season left several questions, the postseason provided sufficient answers, good enough to keep fans hopeful of a better Griffin performance in 2015.Griffin, the Clippers and 2015 NBA Season Look-aheadRecruiting Smith and Pierce will unquestionably ease Griffin’s season, as he will not have to randomly run the point during the regular season and playoffs, or even be forced to give very many minutes of playtime game in game out. But by the time the season gets to the playoffs, the Clippers will need Griffin’s 38-minute play time to be at its best, in the same manner they have gotten used to. Being the guy they’ve learnt to depend on to control and calm games, especially with his board-grabbing, scoring and distributing, the team will need him to stay healthy and feature strongly like he did in the 2014-15 playoffs. 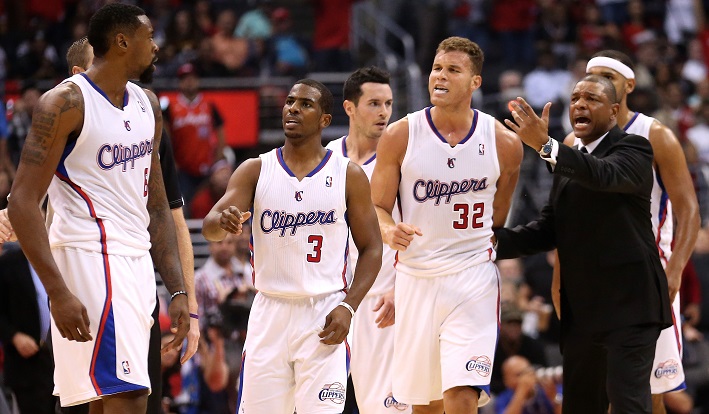 The Clippers have raised their expectations for this coming season, especially after squandering a 3-1 Western Conference Semifinals lead to the Rockets. This season, they desire to go all the way to the championship. This means they will not just want to see a few players contributing to their season as they have in the previous seasons. If they are to make it to the championship, they will need the experience and quality of Griffin and the abilities of the new players and old Los Angeles players. This coming season, other teams such as Golden State Warriors and the Oklahoma City Thunder have revamped, meaning the competition could be stiffer than last year. With that it is clear that the team will need the best of Blake Griffin more than ever before.Sources:NBA.com (http://www.nba.com/clippers/)ESPN.go.com (http://espn.go.com/nba/player/_/id/3989/blake-griffin)
Older post
Newer post