NBA News and Rumors
Look NBA betting community…there’s absolutely no sense in beating around the bush. LeBron James and company are going to dispatch Al Horford and the Atlanta Hawks when then two title hopefuls take to the court tonight for Game 4 of their Eastern Conference Finals series.Now…the only question surrounding tonight’s matchup is whether ‘King James’ and the Cavaliers are going to cover the spread as nearly double-digit home favorites.Let’s find out!

The Cavaliers took a commanding 3-0 series lead by beating a desperate Hawks team 114-11 in overtime as James took over down the stretch. The two-time league champion has scored 30 points in all three games against Atlanta and four times in his last five games overall.On Saturday, James has a monster triple double with 37 points, 18 rebounds and 13 assists to become the first player to ever post those totals in a playoff game.James did all of this while posting the 12th postseason triple-double of his career despite missing his first 10 shots from the field.“I’m playing through a lot (of pain) but it doesn’t matter,” James said at his postgame press conference. “I don’t want any sympathy, there’s no rest for the weary. I have to make things happen for our team. It’s that simple.”Cleveland has won two straight even though they’ve been without all-star point guard Kyrie Irving for both affairs.Backup guard Matthew Dellavedova and sweet-shooting reserve J.R. Smith both added 17 points while Iman Shumpert and Tristan Thompson both reached double digits in scoring with 15 and 10 points respectively. 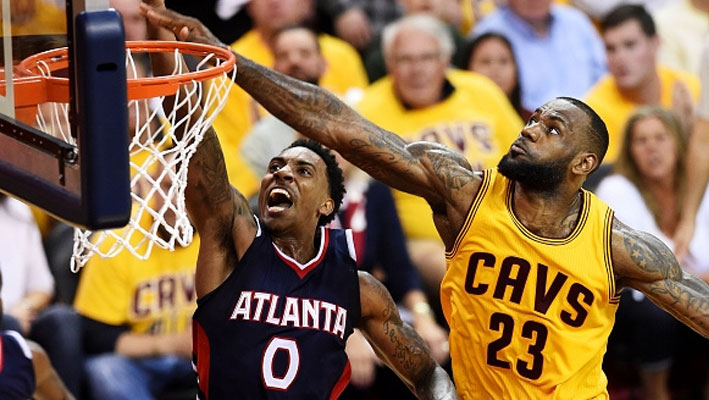 Atlanta got a team-high 30 points from point guard Jeff Teague and 22 points from forward Paul Millsap while four other Hawks reached double figures in scoring.Unfortunately, veteran center Al Horford was ejected in the final minute of the first half for throwing an elbow at the head of Dellavedova. Horford had scored 14 points in 19 minutes before getting tossed.“I did think he went at me but I should have handled it better,” Horford told reporters afterward. “Shouldn’t have gotten caught up in that, and it’s something I’ll definitely learn from.”Dellavedova has been a major irritant to the Hawks who likely view him as dirty after he was also involved in the Game 2 play that cost Atlanta All-Star shooting guard Kyle Korver for the rest of the season with a sprained right ankle.Following Game 3 Cleveland’s postgame press conference featured several questions on whether Dellavedova was a dirty player or not. James for one, took offense to the queries about his teammate.“Obviously, I’m a little bit off about it because this is my guy, this is my teammate, and this is a guy that goes out and works his tail off every single night and people are trying to give him a bad rap,” James said in the press conference. “He doesn’t deserve it and I don’t like it.” 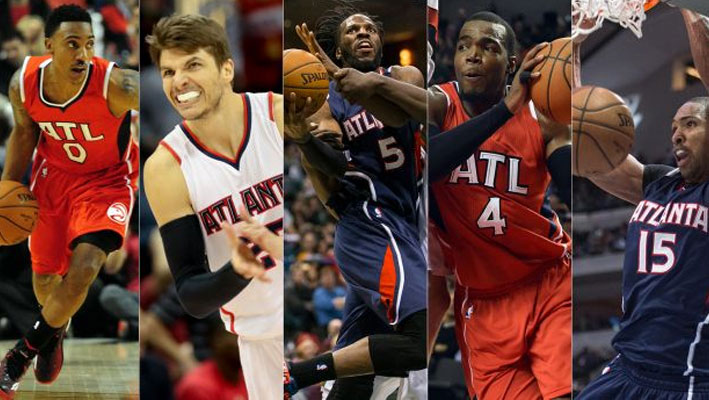 Atlanta Hawks +8 PointsNBA betting enthusiasts that like to bet the Over/Under Total should know that the Over is 4-0 in the last 4 meetings in Cleveland and 12-5 in the last 17 meetings between these rivals overall Sources:ESPN.com: http://espn.go.com/nba/player/_/id/1966/lebron-jamesYahooSports.com: http://sports.yahoo.com/nba/players/4840/
Older post
Newer post