NBA News and Rumors
First it was Kevin Love, then J.R Smith followed, and now LeBron James is also in the mix of Cleveland players who’ve opted out of their contracts and will be testing the free agency. It is common knowledge that most contract opt-outs are used by players to leverage for better salaries, which is totally understandable. But with Love, Smith, LeBron, Tristan Thompson and Iman Shumpert all set to come off the books when free agency begins this Wednesday, NBA betting fans can’t help but wonder if it is all about leveraging for more money, or the Cavs are slowly falling apart. With not many options out there to work with, the Cavs will have to bleed green if they are to maintain the same team they had in 2014-15. The Mind-boggling Free Agency Drama According to Sam Amico of Fox Sports, the Cavs are expected to offer Love a max deal, which should see him return to Cleveland. Smith, who was set to make nearly $6.4 million for the 2015-16 season, has a complex situation. On one hand, he featured quite decently for the Cavs in the regular season, helping them qualify for the playoffs, so the team may opt to keep him. After all, Smith shoots 37% beyond the arc for his career and he shot 38% last year. Nonetheless, he had an erratic playoffs, summed up with a below-par performance in the NBA Finals, which could push the Cavs not to re-sign him. The positives he did in Cleveland certainly outweighed the negatives, but bearing in mind the many free agents the Cavs need to resign, we’d say the latter option looks likely for the two-guard.

Tristan Thompson, coming off a 5.1 million contract in the 2014-15 season, is nearly guaranteed to make his return to Cleveland. The only question is whether his salary will double or triple-up, going by his solid campaign in the just-concluded season. Furthermore, James already gave his nod for Thompson’s return, telling ESPN’s Dave McMenamin that: “There’s no reason why he (Thompson) shouldn’t (return in 2015). This guy is 24 years old, he’s played in 340-plus straight games and he’s gotten better every single season. It’s almost like—What more can you ask out of a guy?” Shumpert, just like Smith, is guaranteed to receive a good salary, whether from the Cavs or elsewhere, with 50-50 chances of him returning to Cleveland. And then there is King James who reportedly said he won’t be talking to other teams in spite of being a free agent, meaning he is simply fishing out for a way to make more money in the upcoming season and even bigger bucks in the seasons after that. This was explained by Basketball Insiders’ Tommy Beer who outlined that: “If LeBron signed a max deal w/ Cleveland last summer – the max he could have signed for would have been only 4 years and approx $89 million.” However… 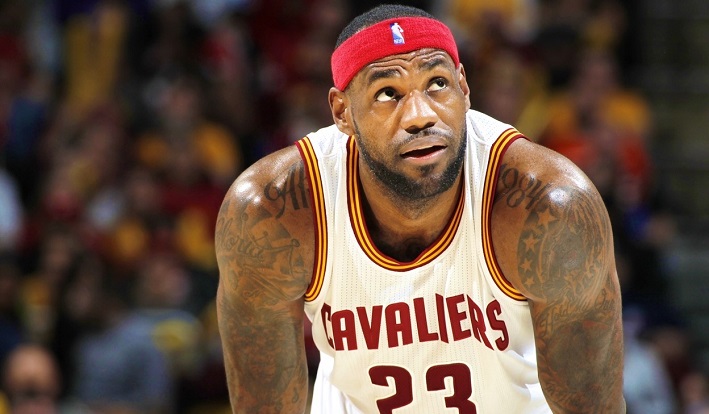 “If/when LeBron signs a max deal w/ Cleveland next summer, he can sign for five years and approximately $170 MILLION.” In short, James will probably be signing a free agent contract extension in 2015, buying time to get a massive contract after the 2015-16 season. Final Remarks on the Cavs and the 2015 NBA Season Considering these contract situations, it is easily clear that the Cavs have a mountainous task ahead of them if they are to maintain the team that reached the NBA Finals. Even so, with James, Thompson and Love together with either/both of Shumpert and Smith, the Cavs should still be able to compete strongly, particularly because they’ll be having Kevin Love and Timofey Mozgov still in the team. Plus, the Eastern Conference is not looking too tough, so things should be fairly manageable for the Cavs. So how are the Cavs looking ahead of the free agency? Not good! But are the Cavs falling apart? Definitely Not! Sources: NBA.com (http://www.nba.com/playerfile/tristan_t_thompson/) ESPN.go.com (http://espn.go.com/nba/player/_/id/4298/timofey-mozgov)
Older post
Newer post