NBA News and Rumors
The Golden State Warriors finally brought a befitting close to the 2014-15 NBA betting season with a win over the Cleveland Cavaliers on Tuesday night. As things stand now, Stephen Curry and the Warriors—and not LeBron James and the Cavs—are the truest Kings of the game. Looking back at the season, what were your most memorable moments? For us, here are the moments (crazy, spectacular, weird and funny) that stood out above the rest in the 2014-15 season:

Hack-a-DeAndre-Jordan Backfires on the Rockets 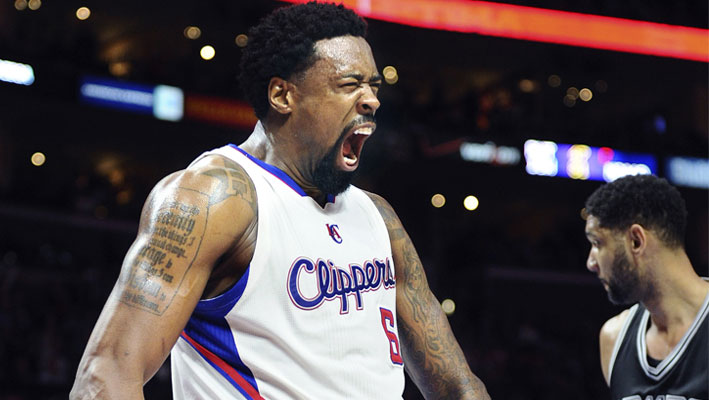 Los Angeles Clippers’ star DeAndre Jordan is rebounding god, always making a killing when cleaning the glass on both ends of the field. He is also one of the best specialists in scoring from the paint, especially by tearing the rim with his OMG dunks. But for all that talent, Jordan is an anemic shooter from the free-throw line, something that many teams took advantage of by fouling him intentionally and watching him struggle from the line. The biggest highlight of his struggles was in the Game 4 Playoff series between the Clippers and Rockets, where the Rockets fouled Jordan repeatedly, sending him to the line for an NBA playoff-record of 28 free throw attempts in the first half. In total, the heavy-heaving and frustrated Jordan attempted 34 free throws in that game, nailing 14 of them—which was one of his best performances, considering his poor record from the line. Fortunately for the Clippers, Houston’s tactics backfired mightily, as Jordan finished the game with a double-double of 26 points 17 rebounds, helping the Clippers to record a resounding 128-95 win. 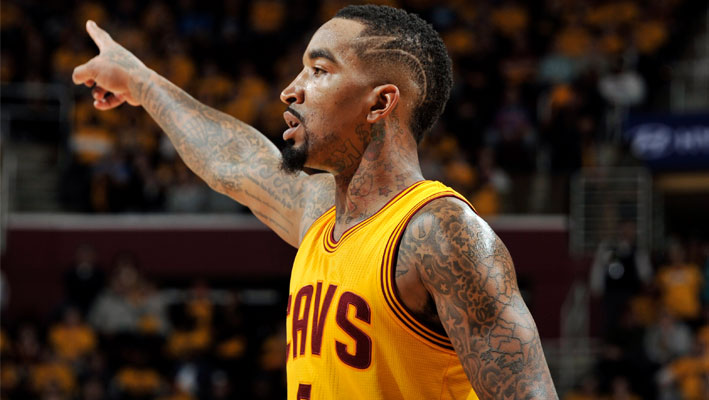 In a multi-leveled case of poetic justice, J. R. Smith (playing against the Knicks who had criticized and traded him to the Cavs) received a sumptuous alley-oop pass from Iman Shumpert (who had also been traded from the Knicks to Cleveland), which he gladly accepted, brought the ball down between his knees, and then knocked down a ridiculously crazy dunk in front of thousands of people at the famous Madison Square Garden. What was worse on the fateful night on February 22nd–him making a crazy dunk, or him doing it in front of his many critics? 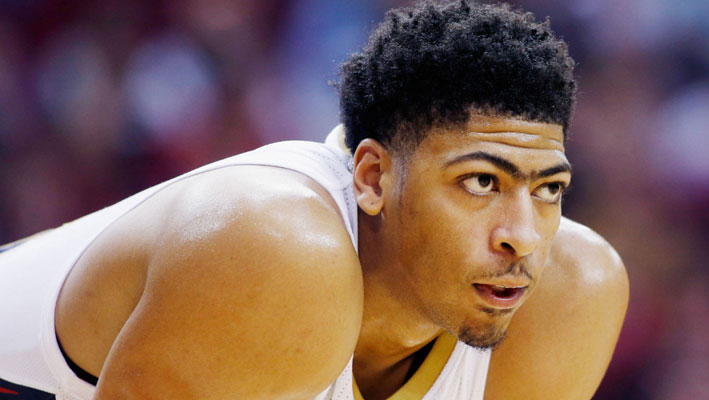 Only four players in the league’s history have completed quadruple-doubles, and the young Pelican, Anthony Davis, was close to becoming the fifth player on that list. In a March 15th duel against the Nuggets that went to OT, Davis came agonizingly to reaching the mark, collecting 36 markers on 16-of-28 shooting, 14 rebounds, 9 blocks and 7 assists, plus a steal in one of his most dominant performances of the season. If only the people he passed the ball to could have done better, and one more block came his way, then we’d be talking of a different story right now. 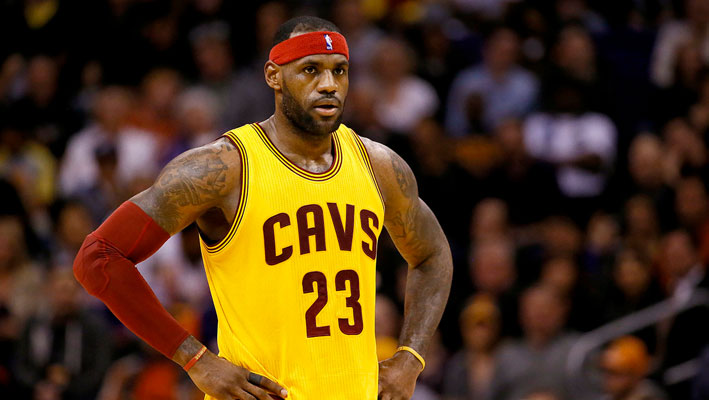 Parental Advisory: Feel free to skip this if lewdness offends you! Okay, now that we have the attention of just the right crowd, let’s read on. So, LeBron James was casually adjusting his shorts prior to the start of Game 4 of the NBA Finals against Golden State when something unexpectedly happened in front of the camera—he accidentally (was it intentional?) exposed his you-know-what! The photos and video of the mishap went viral so much so that everybody was talking about the incident more than the impact of Golden State’s win in that game. C’est la vie… is all we can say to the King about his incident.LeBron’s Special HomecomingOn a more serious note, our favorite LeBron moment was the video of his homecoming to Cleveland at the start of the season—it was pretty magical and very moving, to say the least. 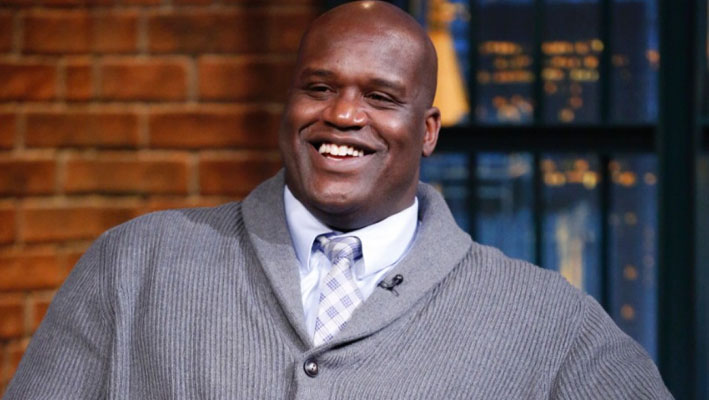 The legendary O’Neal has been making millions of dollars with his “Shaqtin’ a Fool” program on TNT, mocking NBA players across the league for crazy or funny things happening to them during games. And just when you thought that he was above all the craziness, the universe proved that Shaq was just like everyone else—prone to making mistakes every once in a while—as he tumbled on a cable in his studio and fell during his halftime show. Quite a fall it was for the gigantic, big-muscled, 43-year-old basketball pundit. 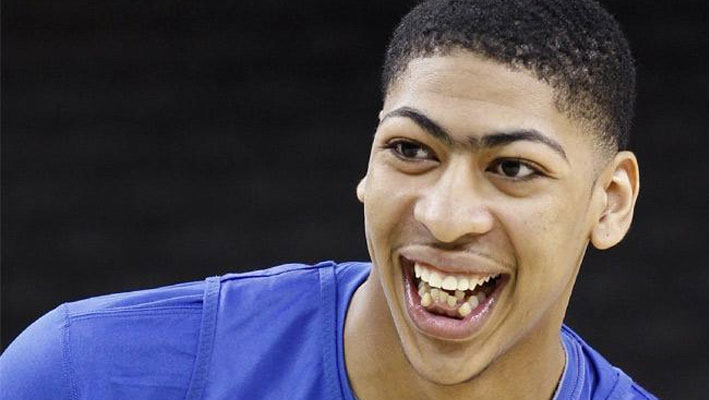 The 2014-15 season has brought with it a good number of buzzer-beating shots in the playoffs as well as in the regular season, but none of them probably measures up high enough like the game-winning three-pointer he scored against OKC. With the game tied at 116-116 and looking destined for overtime with 1.2 seconds left on the clock, Davis took an inbound pass and released a toughly-contested shot with 0.4 seconds remaining. And as he fell to his back on the floor, the shot went in to earn a 119-116 win. Interestingly, that was his first three-point attempt of the season, and the win eventually proved very monumental, as it earned the Pelicans a playoff spot at the expense of the Thunder (on a head-to-head advantage).

Zach LaVine Slams Down His Competition at the All-Star Weekend 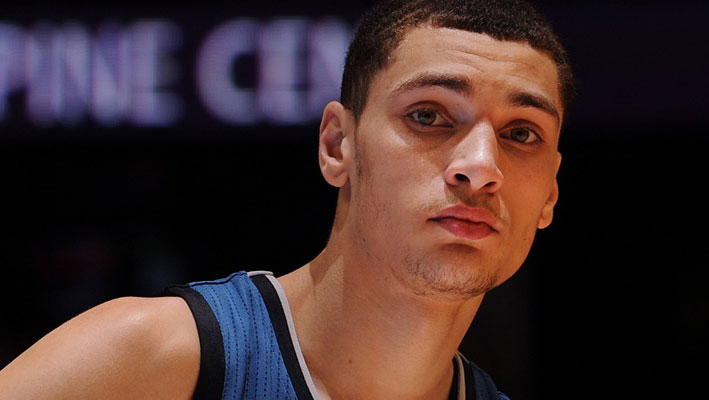 Like the case of buzzer-beating shots, there have been several mind-blowing dunks this season, with pretty much every game having a couple of highlight reel slams. So, instead of all that, let’s go with someone who was in a true class of his own… Zach LaVine at the All-Star Weekend. With all the cameras flashing and waiting for a show, Lavine gave the crowd more than enough just a good show, using his soaring exploits and dunks to knock down crazy slams. Even with a talented field opposing him, it almost looked like LaVine was competing against himself, giving a marquee performance that closely matched (maybe even bettered) the legendary show given by Vince Carter in the year 2000.Honorable Mentions: Stephen Curry, Russell Westbrook and James Harden had many significant shots and performances that it would be take an entire day to highlight all of them here. So rather than trying to pick and choose between their plays, we’ll just nominate their names here and let you tell us what you consider as the best performances from the three of them (or any other players) in the 2014-15 season.Sources:ESPN.com: http://espn.go.com/nba/player/_/id/3975/stephen-curryBasketball-reference.com: http://www.basketball-reference.com/players/j/jamesle01.html
Older post
Newer post