NBA News and Rumors
Now that the dust from NBA betting is settling on the draft and free agency period, it’s time to take a look at some of the wisdom that was at work in the draft choices that some of the teams made. For example, the Denver Nuggets may have made one of the draft’s best decisions when they chose Emmanuel Mudiay with the seventh spot. There was some uncertainty about Mudiay – but none of it had to do with his ability to run the point. Thanks to the fact that Mudiay spent two seasons at Deion Sanders’ notorious Prime Prep Academy – which has not provided any of its students with credits that the NCAA will accept and is now closed, having run afoul of the Texas Education Agency and even the Texas Department of Agriculture because it couldn’t even pay the state for the school lunches that kids were paying the schools for – he couldn’t be sure that he would be eligible to play in the NCAA. So instead of taking a scholarship to play at SMU, Mudiay went overseas and spent a year in China. He did hurt his ankle and missed some time, but he showed athleticism and talent with the pick and roll that are unusual for a player of his size. He only shot 57 percent from the free throw line and 34 percent from downtown in China, but those are things that can improve over time. The gifts that Mudiay has a player cannot be understated, and the Nuggets most likely picked up a real find when Mudiay was still there at #7. 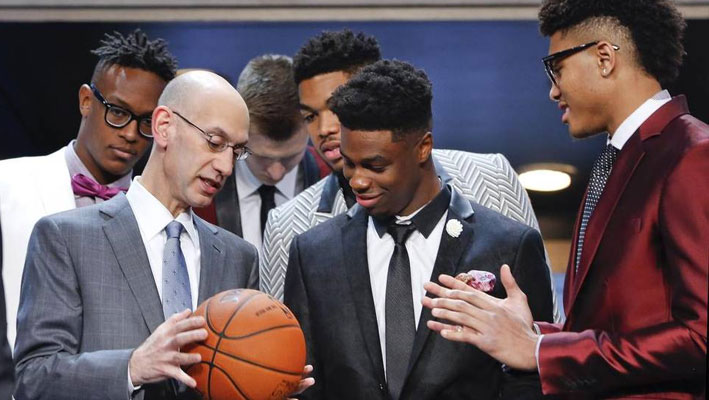 But how about some of the less wise choices? Let’s start with Sacramento’s choice of Willie Cauley-Stein with the sixth overall pick. He is a big man with strong defensive skills, but his offense needs some work, to be sure. Many observers thought he would not even be a lottery pick, but the Kings overreached and picked him too high. It’s true that Cauley-Stein will be a valuable rim protector for the Kings, but the simple fact is that he doesn’t offer a perimeter game and doesn’t offer much on the offensive end at all yet. Even if the Kings thought that Cauley-Stein was the player they wanted most of all, they could have traded down a few slots in the draft, and Cauley-Stein still would have been available. 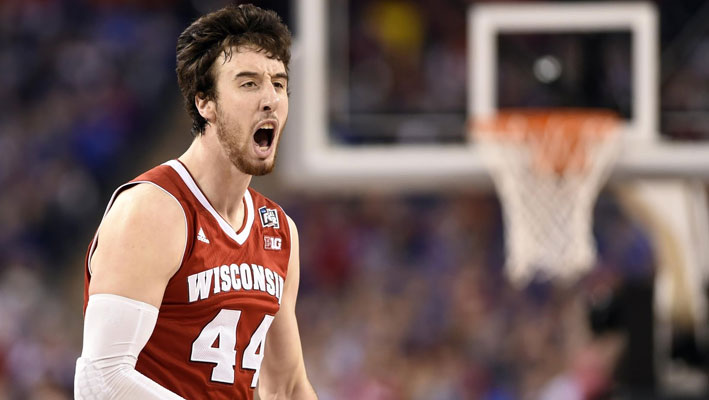 The Charlotte Hornets were probably a little too wowed by Frank Kaminsky’s coverage in the media during the latter stages of March Madness this year. He did become one of the better big men in the college game, averaging 18.8 points, 2.6 assists and 8.2 boards per game, and he did improve significantly over his four seasons. However, his post defense is a question, and he may just be too slow to guard against the pick-and-roll. As we just saw in the NBA Finals, players who are too slow to play defense end up sitting on the bench, even if they would traditionally fill a “4” or “5” role on the court. The liability is just too great.Sources:ESPN.com: http://espn.go.com/nba/player/_/id/2579294/frank-kaminsky-iiiSports-reference.com: http://www.sports-reference.com/cbb/players/willie-cauley-stein-1.html
Older post
Newer post