NBA News and Rumors
The accomplishment of winning all the way through the NBA playoffs to take the league title is a tremendous accomplishment, no matter which team accomplishes it. Over the years, though, there have been some teams that seemed more dominant than others, and there have also been some years when some teams didn’t seem like they had the stuff to carry home the Larry O’Brien Trophy – but they did it nonetheless. Let’s take a look at some of the less aesthetically impressive champions from past years that left a bad taste in most NBA betting fans’ mouths. 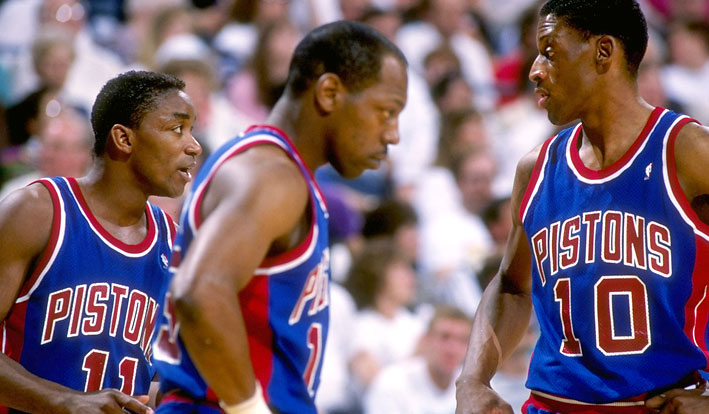 This was the second title that the Pistons won in the late 1980s. Known as the “Bad Boys,” this squad was known for its physical defense. With people like John Salley, Dennis Rodman and Bill Laimbeer lurking in the middle, opposing offenses were often leery to penetrate the lane because of the physical punishment that the Detroit big men doled out. On offense, point guard Isiah Thomas had a variety of quality targets to whom he could pass the ball, such as Mark Aguirre, Joe Dumars, and Vinnie “The Microwave” Johnson. In 1988-89, the Pistons had won 63 games, but the 1989-90 edition was not as dominant, and the Finals matched them against a young Portland team with no Finals experience. The Pistons easily ran off a 4-1 series win. 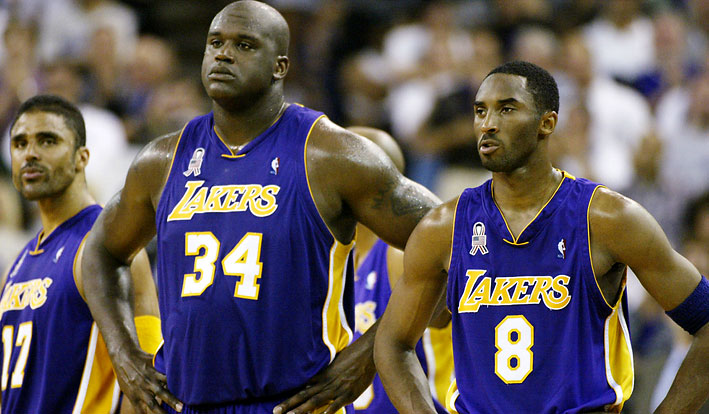 This team did feature two of the game’s best players ever in Kobe Bryant and Shaquille O’Neal, and one of the game’s best coaches in Phil Jackson. However, the NBA Finals were not a challenge for this crew, as the Eastern Conference only delivered a 52-win New Jersey Nets team that just barely dispatched a 49-win Boston Celtics crew in the finals. Shaquille O’Neal’s counterpart at center for the Nets?One Todd MacCulloch. The Lakers swept the series, but this wasn’t a challenging championship. 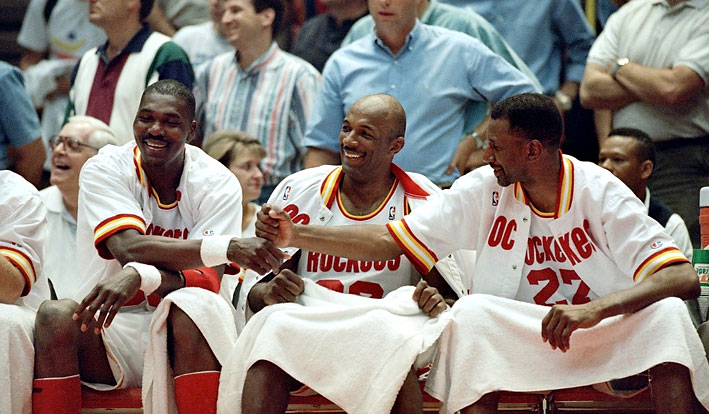 The Rockets entered the playoffs as the #6 seed out of the West, but that wasn’t really a cause for shame, as the league was loaded with primo talent, even after the departure of Michael Jordan. Rockets center Hakeem Olajuwon was one of the best centers of all time, and he would show it in these playoffs. The Rockets upset the 60-win franchise in Utah, which had Karl Malone and John Stockton, and then beat the Phoenix Suns, who featured Kevin Johnson and Charles Barkley. The Rockets then dispatched the David Robinson-led San Antonio Spurs, who had had the league’s best regular season record. In the Finals, the Rockets had the young Orlando Magic, who ran a youthful Shaquille O’Neal and Penny Hardaway out on the floor. While the title was impressive, this Rockets team was not one of the strongest champions of all time by any means. 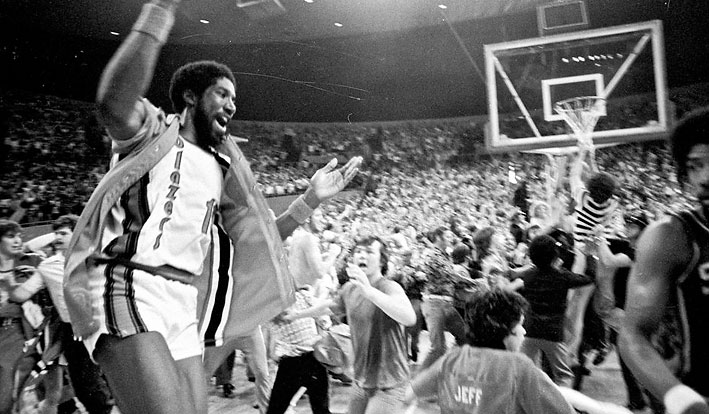 When David Halberstam wrote The Breaks of the Game, his subject was this title team from Portland – the only time the Trail Blazers would ever win a title. This team had Bill Walton as its leader on the floor and Jack Ramsey as its coach. This was a true team, featuring tons of passing and always looking for a better shot. The NBA was also devoid of any dominating teams, and the 49 wins the Trail Blazers garnered during the regular season brought them the league’s fourth best record. The late 1970s featured some dilution of NBA talent, and no title is a better example of that than this Trail Blazer championship. It’s difficult to imagine any team in the modern era playing with the sort of team emphasis that these Blazers had, though. Sources Wikipedia.org (http://en.wikipedia.org/wiki/Dennis_Rodman) ESPN.com (http://espn.go.com/nba/player/_/id/614/shaquille-oneal)
Older post
Newer post