NBA News and Rumors
Relax people, LeBron James is here to stay… and DeAndre Jordan (even with his highly-ridiculed free-throw concerns) isn’t going away any time soon, either!After a surprise start in the first 3 games of the second round best-of-7 series, which saw ALL the lower seeds lead all their respective Conference Semifinals games for the first time under the 16-team playoff format (since 1984), normalcy is starting to resume in NBA odds. This all began yesterday, with the Cavaliers taking down the Bulls at the United Center, and then the Clippers took full advantage of their deep squad and home advantage to mutilate the Rockets thereafter.With the Clippers leading their series 3-1, including a blowout win at Houston in Game 1, it’s safe to say that Los Angeles has this series in the bag, with a high likelihood of Doc Rivers’ boys getting the job done in Game 5 on Tuesday, or Thursday in Game 6 (in case Houston somehow survives Tuesday’s onslaught.For the Cavs, going back to the Q will be a welcome relief to LeBron and Co. after the crowd in Chicago treated them ruthlessly. Added to Cleveland’s usual dominance in home games, it’s hard to see the Bulls winning Game 5, slated for Tuesday. Still, this is basketball, and not many people saw the Warriors losing any game to Memphis, yet with three games gone, the Grizzlies lead the series 2-1. So, in short, anything can always happen in playoff basketball.All the above being duly noted, let’s take a look at the NBA odds betting SU picks we are confident will get you paid in the remaining second round game, starting on Monday Night through to Friday.

SU Pick: Golden StateBeing a newly-acquired huge fan of Tony Allen, his masked brother Mike Conley and their aggressive defense, it pains me to make this pick because I’d seriously love to see them win at the Grindhouse today. Unfortunately, it’s a long time since I saw Stephen Curry and Thompson struggle to the tune of losing three games in a row. As a matter of fact, the Warriors haven’t lost three straight games all season. So, even though I’m sure Memphis’ grit-and-grind style will be vehemently felt today, I am also certain that Curry, Thompson and Draymond Green will somehow find a way to break down the Grizzlies to win this game. 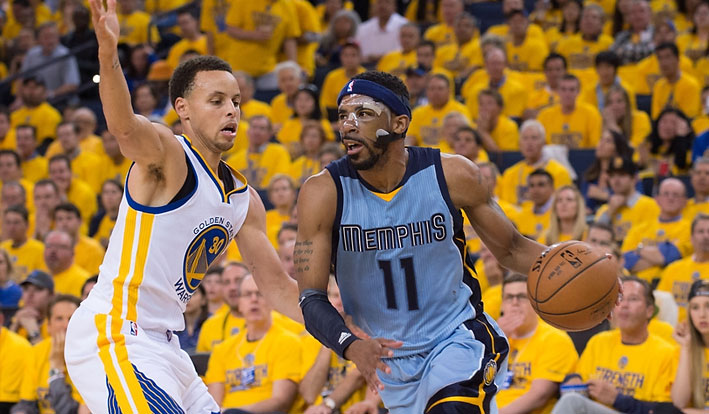 SU Pick: Leaning on AtlantaThe Hawks are having an offensive funk in the playoffs, converting a paltry 36.2 percent of their uncontested shots against Washington, while Paul Pierce and the Wizards are too reckless, no wonder they allowed Atlanta’s Team B to make stunning 21-point come-back (including a 17-0 run) and had to be bailed out by a buzzer shot. Therefore, although I’m sort-of leaning on Atlanta for the win here, I wouldn’t rush to recommend it to you as this game comes with a lot of uncertainties in players’ form, shifty home vs. away records, and injury concerns that may or may not affect the course of the game. 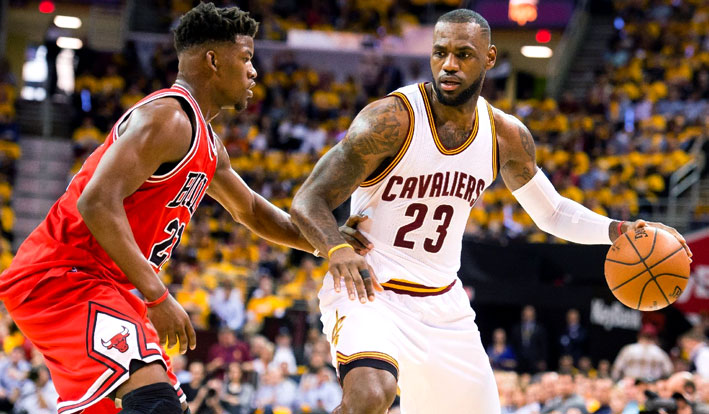 After zealously fighting in their last-second loss to Chicago in Game 3 (on the road), the injury-plagued Cavs once again held their own against a healthy Bulls’ team yesterday, forcing their hosts to be on the receiving end of their own medicine, making them swallow the bitter pill of losing to a buzzer-beating shot (from LeBron) in Game 4 after Derrick Rose had scored a similar shot in Game 3.Considering the Bulls have been struggling in the rebounding department (even with Joakim Noah and Taj Gibson playing the best they can) and both their scoring and defending antics have been suspicious, the Cavs won’t be sparing them at the Q, especially going by the manner in which the Bulls struggled mightily at home even with their home support. Oh, and don’t expect a close finish in this game, Cleveland will win this one with a comfortable margin.

Pick: LA ClippersFor all you Houston fans like me, it’s time for us to throw in the towel and accept that the Clippers are way far better than us. Simply put into perspective, the only win Houston got in the series was the Rockets’ 115-109 Game 2 victory, a 6-point win to be exact. On the other hand, the Clippers won Game 1 in Houston by a 16-point margin (117-101) without Chris Paul in their line-up, then rebounded from Game 2’s loss with a 25-point blowout (125-99 in Game 3), and then annihilated Houston with another bigger blowout yesterday in Game 4, winning 128-95 for a 33-point rout in spite of the Rockets implementing the distasteful ‘Hack-a-Jordan’ technique as early as the first half. 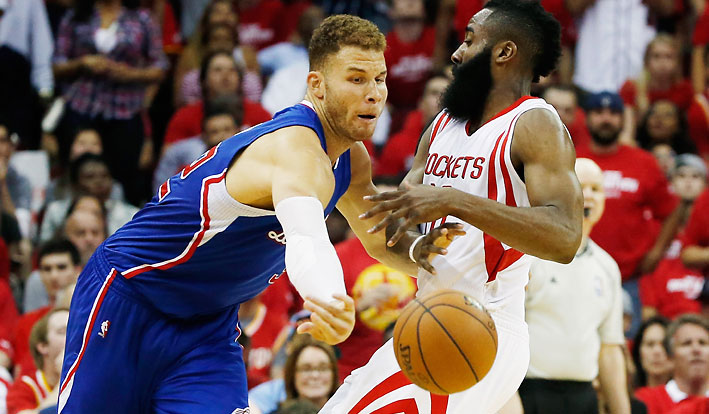 Summed up, the Clippers have won their three games in the series by a combined average of 24.6 points per game. You still think the Rockets have it in them to stop the Clippers in Game 5, when Griffin, Jordan, Paul, J.J. Redick and Austin Rivers are all reaching new heights in their respective playoff careers? If you do, then you might as well go ahead and bet that Houston will win the 2015 NBA Championship, which we all know isn’t going to happen.Spoiler Alert!!!>>> Yeah, I know I said we will be giving SU picks of this week’s game Monday to Friday games, but we’ve only given Monday and Tuesday’s picks. The SU picks for the second round game starting on Wednesday will be given later, once the developments from Monday and Tuesday games have been noted and expertly analyzed. So, be sure to join us by Wednesday for more free NBA picks specially prepared for you. Until then, Happy sportsbetting and may you have a rewardful money-minting week!!! SourcesUSAtoday.com (http://www.usatoday.com/story/sports/nba/2015/05/07/james-harden-houston-rockets-clippers-nba-playoffs/70932190/)ESPN.com (http://espn.go.com/nba/recap?gameId=400793864)
Older post
Newer post