NBA News and Rumors
The unbeaten Golden State Warriors will be playing with house money against the Sacramento Kings this Saturday, so you already know how that story is likely to go. That game, however, will just be one of the many top games to watch and bet on this weekend (Saturday and Sunday) in the NBA betting odds. Here is a brief lowdown of all the other best NBA games to watch this weekend, including early projections of what to expect on NBA lines.

The Eastern Conference-leading Cleveland Cavaliers will be hoping to maintain their unbeaten 8-0 home record when they host the struggling Brooklyn Nets at the Quickens Arena this Saturday. As suggested by their 3-12 overall record on the season, including a pathetic 1-9 road record, the Nets will probably not be much of a problem to the Cavs in this game. However, as if often the case when you pit a superior team with a struggling opponent, the Cavs could come into this game feeling overconfident, which could prove trouble-some for Cleveland, so be very cautious when betting on this game.Nets at Cavaliers NBA Predictions: The Nets give a strong performance like they did against Golden State and hang with the Cavs for most of the game, but the Cavs finish the contest strongly to earn themselves a hard-earned single-digit win.

The Mavs are one of the best performing teams in the NBA when playing on a nationally televised game, and this being one of such games, you can expect Dirk Nowitzki and his teammates to be fully charged for a big display. The fact that they’ll be playing a Denver team that has lost six of its last 10 games, including a four-game losing skid entering Friday, should motivate Dallas to even be more dominant in its showcase for the national spectators.Nuggets at Mavericks NBA Predictions: Dallas (4-2 at home this season) cruises to a comfy win over Denver (3-4 on the road this season) in a most-likely one-sided encounter.

The Spurs are one of the three teams that enter Friday’s games with a flawless home record at 8-0 (the other two teams being the Cavaliers and the Golden State Warriors), and going by Atlanta’s offensive struggles when facing hard-nosed defensive teams, this game looks likely to end in another win for the San Antonio team that leads the entire league with the best defense (allowing just 90.5 PPG).Hawks at Spurs NBA Predictions: The Hawks (102.2 PPG scoring and 4-4 SU on the road) keep the scores tight and scores 100-plus points, but San Antonio eventually escapes with a close win, with a high possibility of this game going all the way to overtime. 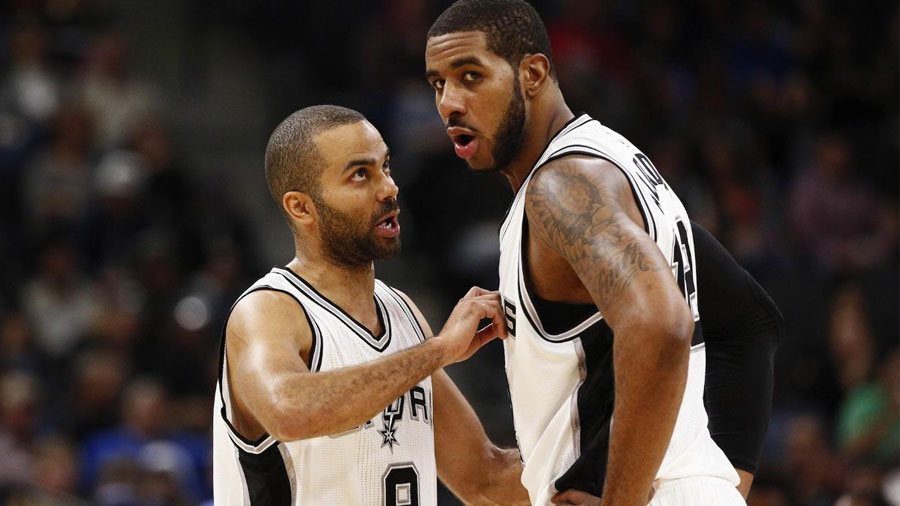 After his 36 points helped the Kings to lay waste to Giannis Antetokounmpo and the Bucks in Milwaukee on Wednesday, Rudy Gay will be looking to partner with DeMarcus Cousins for a big game in the bid to stop the Golden State Warriors at the Oracle Arena. Obviously, the likes of Steph Curry, Klay Thompson and Draymond Green are expected to have a big game en route to a win. The Kings should, however, not be written off from this game, given they are averaging 106.0 PPG scoring and have had some very strong performances this season, which could easily trouble the Warriors if a shootout ensues.Kings at Warriors NBA Predictions: I know the Warriors will be favored to win here, and they’ll probably do so, but I’ll bet on the Kings to keep the game very close, if not shock the NBA odds altogether by reigning supreme at Oracle Arena.

The Clippers are free-falling at a really alarming rate. In their last game ahead of the Thanksgiving break, they lost 102-91 to Utah on Wednesday, despite playing at home and getting a game-high 40-point performance from Blake Griffin. The biggest problem for the Clippers has been the shaky offensive performance from the likes of Chris Paul and J.J. Reddick, something that will need to change if they are to stop the surging Timberwolves, who topped Atlanta on Wednesday to extend their winning streak to two games. Mind you, that victory bumped Minnesota’s record to 7-8, which is similar to the Clippers’ record entering Friday.Timberwolves at Clippers NBA Predictions: Clippers just about manage to get a win, but the T’wolves keep the game very close to cover the spread, as both teams score 100-plus points.

The trio of Kyle Lowry, DeMar DeRozan and DeMarre Carroll are proving to be too hot to handle for most teams, which is something that is likely to be a headache to the Suns who (as of Friday) are riding on a three-game losing skid. Still, the Raptors will have their hands full in this game, as the Suns have a lethal shooting tandem of their own in Brandon Knight (21.9 PPG) and Eric Bledsoe (22.9 PPG). Without a formula of containing the two Phoenix stars, the Raptors could be in for a rude shock in Toronto this Sunday.Suns at Raptors NBA Predictions: The Suns eke out a close upset win over the hosts in an averagely scoring affair.

Yes, the Houston Rockets are still struggling despite making coaching changes, but compared to their dismal start to the season, they are clearly playing with more gusto and the will to win, even if there aren’t many wins to show for their efforts. The Knicks, meanwhile, enter Friday on a two-game losing skid, despite Melo and Porzingis still shining in their respective roles. Playing in New York will particularly be a daunting task for the Rockets because of the raucous New York crowd. Even so, if James Harden shows up with some solid support from the his teammates (who haven’t done much to help him on the offense), then we will have a game in our handsRockets at Knicks NBA Predictions: A high-scoring shootout affair ensues, with the game featuring several lead changes, and when all is said and done, the Rockets nick out a nervy win at the expense of their hosts.

Whereas Paul George and C.J. Miles are enjoying a ridiculously productive season, the Lakers are having all sorts of problems in scoring and their defense is as bad as can be, so don’t expect playing in L.A. to do the magic for the Lakers in this encounter.Pacers at Lakers NBA Predictions: The Pacers beat Los Angeles by 10-plus points en route to a convincing road win, though with the Lakers also chipping in handily for a high-scoring total.
Older post
Newer post