NBA News and Rumors
Dwyane Wade, going by his recent seasons with the Miami Heat that have seen him not play more than 69 games since 2010, has been on the decline. But it would be hard to argue against the fact that 11-year NBA veteran is still one of best shooting guards in the game and his presence in any team guarantees a lot of scoring value and an invaluable NBA betting age.Interestingly though, there have been a lot of speculations that Wade will be leaving Miami to sign elsewhere this summer, as the contract talks between him and team’s management are seemingly not headed in the right direction.The speculations went from mild to full-blown on Tuesday night, when the All-Star guard began a sentence with, “When I was in Miami…,” fuelling the rumors that him talking about the Heat in the past tense meant that he’d already made up his mind about leaving South Beach.

VIDEO: Trouble in South Beach? Watch Dwyane Wade refer to his time in Miami in the past tense. http://t.co/pQ6M2qdK8A pic.twitter.com/daf1xQfvTo

The Situation in Miami

Last season, the 11-time NBA All-Star was supposed to sign a $41.6 million deal for two seasons, but instead, he decided to sign a two-year, $31 million contract to give Miami cap room to get some free agents. Following that decision, the Heat thankfully added a few pieces in the team, but it all didn’t matter much, as Miami (a team that reached the 2013-14 NBA Finals) regressed in a big way and failed to qualify for the 2014-15 playoffs.Looking ahead into the 2015-16 NBA season, Wade is assessing his options, either to accept the remaining $16.1 million left in the 2-year contract he signed last year, or to opt out and become a free agent on July 1.Playing deeply into his deliberations is that Wade is reportedly fishing for a bigger deal. In addition, the current Miami team is talented with good enough players, but since LeBron James—Wade’s close friend and former teammate—left Miami at the end of the 2013-14 season, the Heat lack sufficient competitive edge, even with the likes of Chris Bosh and Luol Deng still giving their best. 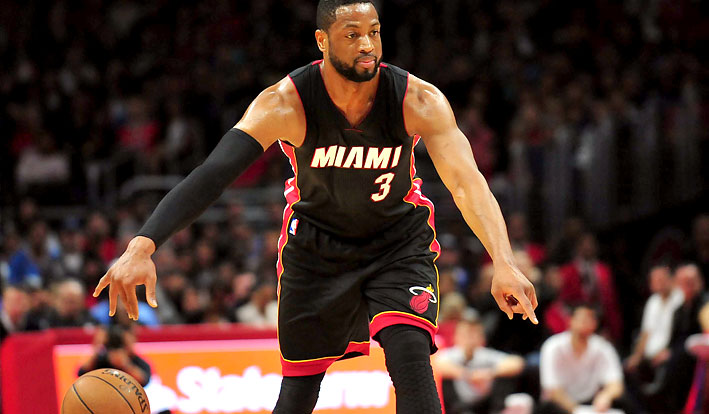 As far as money talks are concerned, the Heat are reportedly grateful of the concessions made by Wade in 2014, allowing them to sign a couple of free agents. And because of it, they are willing to bump his salary. However, there is supposedly a significant difference between Wade’s preferred salary of around $20 million per season and the money Miami is willing to offer.

What Does Wade Bring to the Table?

Being a three-time NBA champion in the five times he’s played for a championship, Wade’s agent Henry Thomas said he believes that Wade should be able to fetch good money in the upcoming season, if not with the Heat, then with a different team. That being considered, leaving Miami is therefore a possibility for Wade.Coming off a season where he averaged 21.5 points, 4.8 assists and 3.5 rebounds per game, there is still a lot of basketball left in Wade. In addition, the All-time leading scorer in Miami’s history has appeared in 152 postseason games. Of the players who could possibly hit the free agency this summer, only Paul Piece (158), LeBron James (178), Manu Ginobili (187) and Tim Duncan (241) have appeared in more playoff games. Going by the exploits and value these players have been able to bring to their respective teams, there is no doubt that a good number of teams would kill to have Wade and his battle-tested services.

The New York Knicks, for example, would love to pair up Wade with Carmelo Anthony for some damage in the weaker Eastern Conference. But then again, giving him a $20 million contract doesn’t look feasible with New York’s plans.With the Cavs similarly set to load their team with more scoring options, the rumors have it that James (if he decides to stay with the Cavs) could also lure the 33-year-old Miami guard to join Cleveland, possibly at a well-negotiated rate. 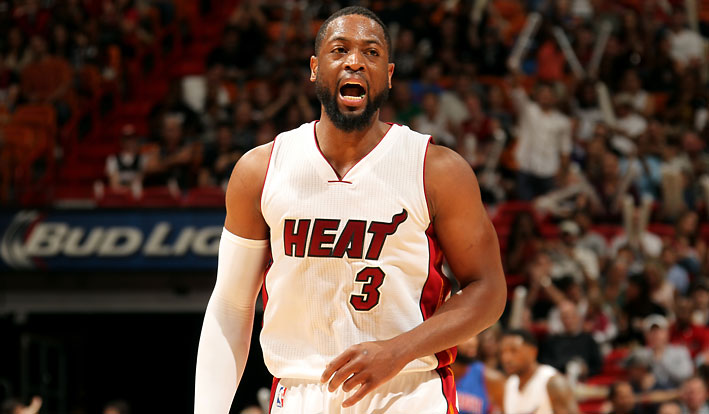 That Cleveland talks are supported by NBA analyst Stephen Smith, who recently told Cavs Nation that, “I’ve known D-Wade for over a decade. I am telling you: He will leave.” Smith went on to say, “I don’t know if it will be Cleveland. Cleveland is on the list and LeBron would want him in Cleveland. It’s possible. But again, if you’re not gonna get the money anyway, what difference does it make.”

The Concerns About Hitting the Free Agency

Even with his undeniable talent, Wade’s health is a key concern, something that many of his potential free agent suitors will be wary of. Since undergoing the 2002 knee surgery, the Marquette product has been on and off with repeated injury concerns on the same leg. The injury therefore makes him a high-risk injury, whose season could be easily shattered, particularly now that his is at an advanced age and an injury can be triggered by playing on a nightly basis.And even if there can be some guarantee about his health (which there isn’t anyway), there aren’t many teams in the league with a cap space to fork out a $20-million-per-season deal for him. Scoping at the current big ballers, the Hawks, Spurs and Grizzlies are some of the teams that could potentially have the luxury of gifting him such a contract, but with all these teams having their hands full with their own free agency concerns, the free agent market is likely to prove very unfriendly for Wade if he decided to opt out of his talks with the Heat.

Speaking on Tuesday night on his first appearance of the series on ABC’s pregame show, Wade responded to questions about his contract status by saying, “Well, listen, it’s summer time. So when summer time and free agency (come), it’s going to be a lot of talk. And right now, I’m glad that the Finals is going and we’re here. And we’ll worry about that in July. Right now, we’re going to focus on these Finals.”Reading into his words, Wade is still doing a cost-benefit analysis, something he probably learnt in his recent enrolment at Harvard, so nothing about his future is decided yet. Even so, I personally don’t see him signing anywhere else. The market out there is shallow, which won’t be enough to accommodate his deep needs, unless he decides to lower his demands. Added to his injury concerns, he would be better off staying with the Heat, a team that would support him regardless of what comes his way, rather than seeking superfluous options in the open market.SourcesESPN.com (http://espn.go.com/nba/truehoop/miamiheat/story/_/id/9760169/dwyane-wade-miami-heat-regrets-having-meniscus-removed-college)NBA.com (http://www.nba.com/knicks/)
Older post
Newer post