NBA News and Rumors
The NBA betting season is over, but we’re still hearing some gossip now and then from around the league. Here are some of the more interesting tidbits. If you’ve been following NBA free agency at all, you know that the Mavericks and Clippers ended up in an ugly fight for the services of center DeAndre Jordan. The Mavericks were originally able to take advantage of the fact that Jordan felt like Chris Paul didn’t like him and that the Clippers didn’t recognize his contributions to the team enough. Mavericks owner Mark Cuban and coach Rick Carlisle met with Jordan and showed him how they planned to run the offense through him. Jordan still had some second thoughts after making his verbal agreement with the Mavericks, though, and he let Clippers coach/GM Doc Rivers know, and the Clippers ended up rushing to Houston to make Jordan feel better about himself – and not letting him leave the house until midnight on the free-agent window passed and he could sign that extension. Now it comes out that the New York Knicks had also been a strong contender. Phil Jackson and Derek Fisher had made a terrific presentation as well with a plan that would have incorporated Jordan. However, Jordan appears to have been the most comfortable in a situation where he could be a complementary player alongside Paul and Blake Griffin – so he’s back in L.A.

Did you know why Carmelo Anthony ended up signing an extension with the New York Knicks last off-season? Yes, the five-year $126 million contract was a big deal. However, the number one factor was the fact that he had just signed with New York and did not want to relocate his family. Anthony did think that the Knicks would be a contender, but that didn’t happen. Anthony’s college coach, Syracuse’s Jim Boeheim, recommended that Anthony take the offer from Chicago, but he didn’t. Anthony continues to say that he has no regrets about being in New York. Hopefully the team will start to pay off his optimism. The Atlanta Hawks recently strengthened their front office by adding Malik Rose to their organization. The former NBA player had been working as a television analyst for the Phialdelphia 76ers, and he will now be the manager of basketball operations for the Hawks, according to The Atlanta Journal-Constitution. Rose and Hawks president of basketball operations and head coach Mike Budenholzer have been close since they were both part of the Spurs organization. Budenholzer was an assistant coach for the Spurs while Rose was a player there between 1997 and 2005. 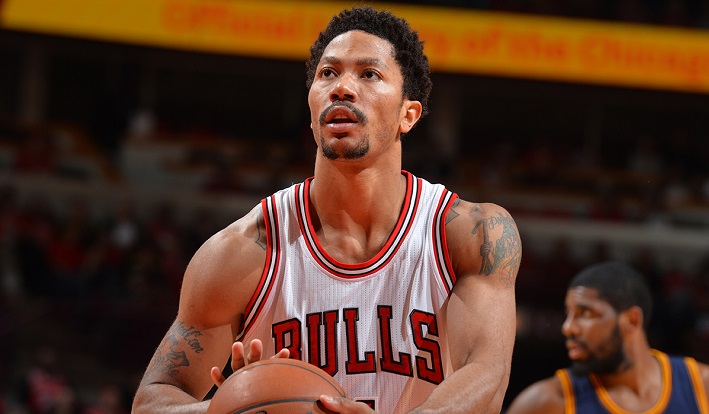 Derrick Rose has apparently opted out of playing with Team USA at next year’s Olympics in Rio de Janeiro, Brazil. Rose has decided not to attend training camp, and the existing talent pool at guard (Kyrie Irving, Chris Paul, Stephen Curry and Russell Westbrook) makes Rose basically unnecessary. Rose did play well in last year’s FIBA World Cup and has not yet commented as to why he did not want to continue to play with the men’s national team. Sources: Sports.Yahoo.com (http://sports.yahoo.com/nba/players/3706/) NBA.com (http://www.nba.com/playerfile/kyrie_irving/)
Older post
Newer post