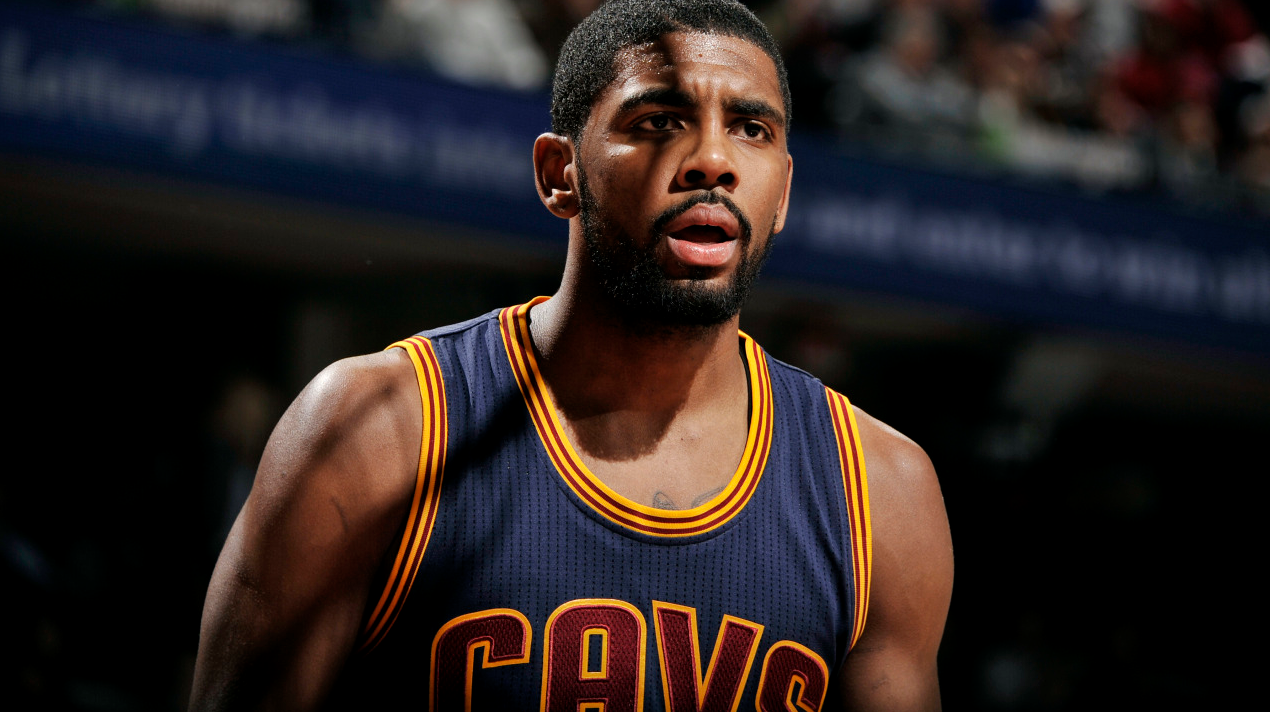 NBA News and Rumors
Be it the matchup between Stephen Curry vs. LeBron James, Golden State vs. Cleveland, or Coach Steve Kerr vs. Coach David Blatt, there are plenty of reasons for you to watch and enjoy this year’s NBA Finals between the Warriors and the Cavaliers. As we wait with bated breath for the action to kick off on Thursday, June 4th at the Oracle Arena, here are some crucial scenarios NBA betting fans must consider:

Home vs. Away Advantage

Unlike the 2-3-2 NBA finals format that gave a huge advantage to teams without home court advantage (as the team with the advantage played three back-to-back road games), the current 2-2-1-1-1 format is balanced and offers a better chance for the best-seeded team to start and finish strongly at home, while playing just two back-to-back road games.Granted, the Warriors, who have the home advantage in the finals, could get some slight edge, even if the Cavs won’t be easy to take down. So far in the playoffs, the Dubs have been doing quite well at home, going on a 7-1 SU run in their 8 home playoff games. In addition, the Warriors led the league in regular-season home wins this season, averaging a league-best 113 PPG at home. Moreover, during the regular season, the two teams met twice, with the home team winning and covering in both occasions for a 1-1 SU/ATS split. On the ATS side, the Warriors are 3-5 ATS in home playoffs games, though they’ve gone on a 5-3 ATS run in their last 8 overall postseason games. 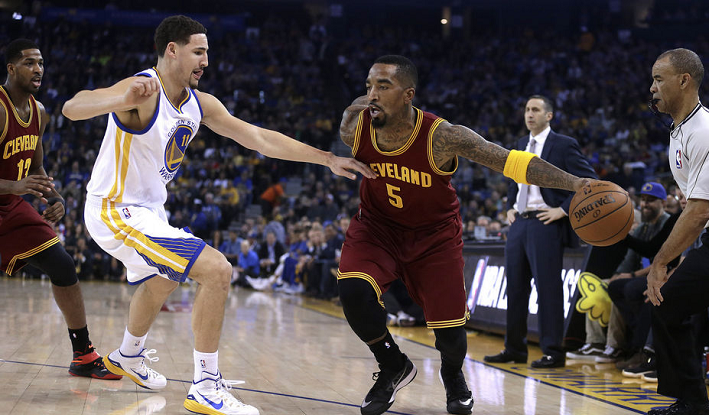 So, whereas their ATS record has been rather shaky at home and bettors must tread carefully with them in terms of covering the spread, there is a good likelihood that playing more home games will give the Warriors some good advantage, especially if the series goes as far as 7 games.On top of the home advantage, it is worth noting that, during the regular season, the Dubs averaged a little under 107 PPG. In the playoffs, the Warriors have improved their road performances, averaging nearly 109 PPG in the postseason games (which is in fact better than the average of 101 PPG scoring at home in the playoffs). Again, with such a solid road scoring record, there could be some good value added to the Warriors once the series shifts to The Q in Cleveland. 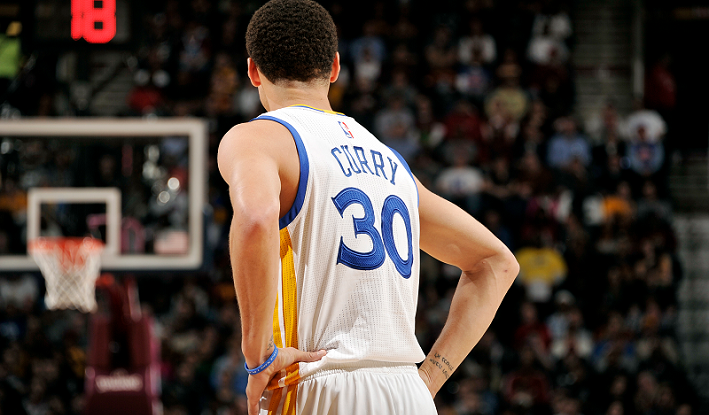 As for the Cavs, the issue of home and road advantage barely plays a role, as they have been able to take care of business rather comfortably at the Q as well as on the road. It is because of their balanced nature that the Cavs come into the finals on a seven-game winning streak (7-0 SU), including a complete sweep over the Hawks in the Eastern Conference Finals. Even more impressively, the Cavs have been giving up just 88 PPG on the road in this year’s playoffs, and allowing only 92 PPG at home. Of course, the path to the Finals has been rather easy for the Cavs, since most of the teams they’ve faced haven’t put up that much of a fight. Still, they say numbers don’t lie… and the Dubs always profess in their shirts that there is “Strength in Numbers,” so due credit must be given to Cleveland’s offseason numbers and bettors must keenly take note of that.

As earlier glimpsed, the two teams split their two meeting during the regular season, as the home teams emerged victorious. Notably, the totals in both occasions went UNDER. However, the two teams combined for a total of 208 and 209 points in the two meetings. Bettors should thus expect high-scoring games in the series, even if the defensive units in both teams have improved considerably in the playoffs. 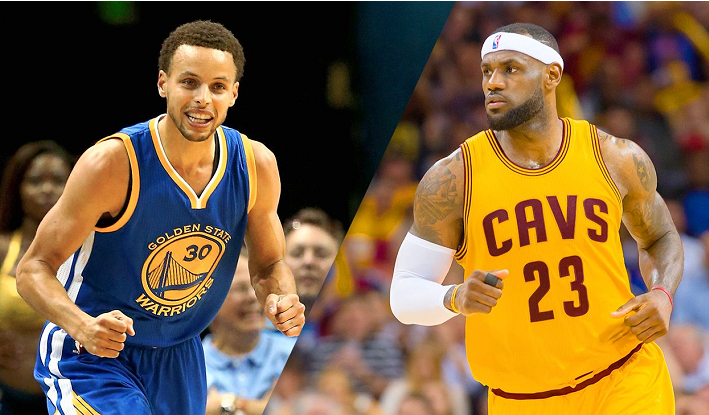 Effect of the Star Players

Curry has been a beast of a player for the Warriors in the playoffs, even against tough opposition. For instance, Curry has posted two 40-point games in this year’s playoffs. Therefore, there should be no reason for him not to continue with his run against the Cavs. In fact, if the Dubs can shut down the Cavs to win the series, then Curry (placed at -190 odds to win the 2015 NBA Finals MVP) will most likely win the MVP Award.LeBron, just like Curry, has been equally astounding, if not the best player in playoffs. No doubt, James’ shooting percentages haven’t been impressive, but with two triple-doubles to his name this offseason, including the remarkable 37-points, 18-rebound, and 13-assist performance against the Hawks in Game 3, there is no doubt that the multi-skilled Cleveland star will be the player to stop in the series. 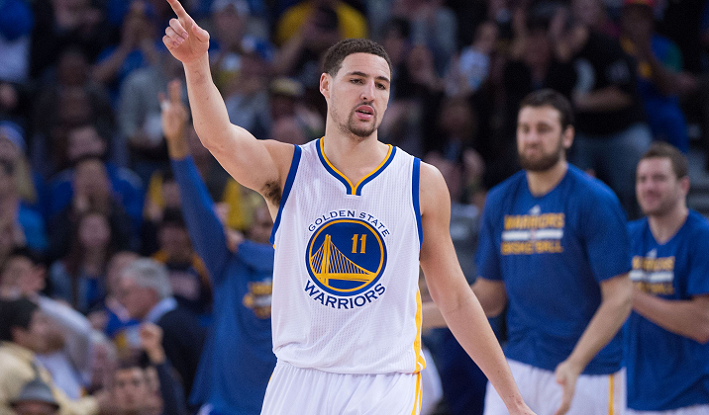 Besides Curry and James, the game will also be greatly determined by the Battle of the Bigs and other star players in both teams. You can find a well-explained article about these other key matchups and their projected impact in this write-up by Matt Moore of CBS Sports.As things stand, both teams have talented players and game-changers on their respective rosters, hence the series could either way. Even so, no player in Golden State’s roster has experience of playing in the NBA Finals. Bearing in mind that no team in the NBA has won the Finals without having a player with NBA Finals experience since Michael Jordan and the Chicago Bulls of 1990-1991 achieved such a rare feat, the advantage in terms of the two rosters is likely to be on Cleveland’s side. Nonetheless, it wouldn’t be a surprise if Curry (with his miraculous postseason run this year) goes all the way to help his team to win in the Finals.

Taking into account the factors highlighted above, a very open series can be expected, with a couple of road and home surprises being witnessed. For instance, in Game 1, I believe the Cavs will get the better of the Dubs at the Oracle Arena. However, as the series progresses, I believe the Dubs will get stronger, probably helping them to claim the series in 7 games. Either way, be sure that a highly entertaining NBA final is in the offing and you can always have your independent say in the comments section, or better yet in the NBA lines.Sources:CBS Sports: http://www.cbssports.com/nba/eye-on-basketball/25201010/finals-matchup-the-frontcourt-battleWikipedia: http://it.wikipedia.org/wiki/Chicago_Bulls_1990-1991
Older post
Newer post