NBA News and Rumors
The Clippers and Spurs first round match-up looked like one that might be set to go the full 7 games. That was put in question when LA came out and laid a beating on the Spurs. Heading home down 2-0 would have been a disaster for San Antonio, which is why their win in Game 2 was so huge. That win has put the heat back on the Clippers, as they will now have to steal one on the road to avoid digging a very deep hole. Will they manage to beat the Spurs at home? Lets find out in this online sports betting preview for the match.

Date: Friday, April 24, 2015Time: 9:30PMVenue: AT&T CenterOpening Line: San Antonio -3.5The Clippers showed in the regular season that they were more than capable of winning on the road, posting a 26-15 record. That is somewhat negated by the stunning 33-8 home record that the Spurs put up in the regular season. The trio of Chris Paul, Blake Griffin, and DeAndre Jordan have all been excellent for the Clippers through the first 2 games of the series, but their supporting cast has not delivered the way they need to if they hope to oust the reigning NBA champions. Jamal Crawford has performed admirably coming off the bench, but the rest of the reserves need to get in on the act if they have any shot at getting a steal on the road. 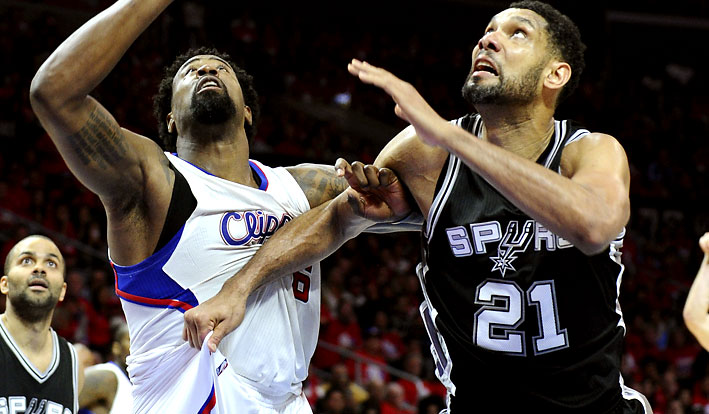 Anyone who has watched the Spurs over the past few years probably wasn’t surprised at their ability to bounce back after their Game 1 dismantling. What did come as a surprise, though, was the performance of Patty Mills off the bench. He was called in to replace Tony Parker, who was clearly struggling with some sort of injury. Mills fit in perfectly with Tim Duncan and Kawhi Leonard, but you have to wonder if he can maintain that level of play if asked to fill in for Parker in Game 3. Of some concern has to be the fact that the Clippers were still able to put 107 points on the board in a losing effort. That said, the Spurs did manage to do a much better job of limiting the damage of pressuring shooters and knocking down outside attempts. If they can continue to apply the same level of pressure, the Clippers could very easily become frustrated and prone to trying to force the issue.

Even with a banged-up Tony Parker, the Spurs will likely do what they almost always do, which is win on home court. A win for the Spurs in Game 3 will put the pressure squarely back on the shoulders of the Clippers.
Older post
Newer post