NBA News and Rumors
The NBA summer league is never a perfect forecaster of what to expect in the regular-season NBA odds, as the news and performance from the young players is often over-hyped and extra-analyzed to suit the needs of teams and the players. Still, based on the July production, we can always discover or affirm certain traits from various players who look most ready to prove their worth in the Big Leagues. Duly bearing that in mind, here are standout players from the recently completed 2015 NBA Summer League: 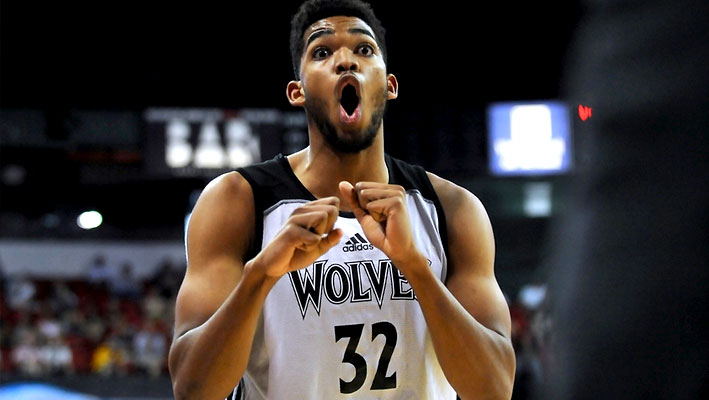 We already knew Towns, the No. 1 overall pick in the 2015 draft, was good, boasting of solid physical qualities and great basketball IQ. But that did not stop him from flaunting all those qualities, and much more, during the summer league as he outwitted double teams thrown at him, made clever passes, nailed mid-range jumpers, made good off-the-ball movement throughout the court, and used his size and body to bully smaller opposition.

His high rate of committing fouls is something he’ll need to work on, just in the same way his post moves need to be more agile and less predictable. That notwithstanding, Towns once again prove that he has a bright future, one that is worthy of his top pick. 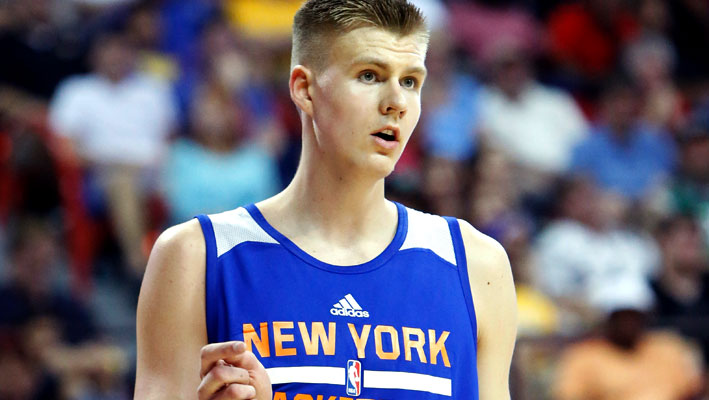 A few weeks after he was wildly booed on draft night, the New York fans are starting to show love for the new kid on the block, and it is all thanks to his on-field charm at the Summer League. In his time at the league, he averaged a little more than 10 touches a game, but proved very efficient with them. Put into perspective, he scored 1.024 points per possession, which was much better than the average posted by Towns or Jahlil Okafor. Even more notably, his high basketball IQ, good-enough shooting skills, ability to make plays for his teammates and the confidence to get inside and make plays off the bounce were on full showcase, while his defensive skills were wildly celebrated, especially when he DID THIS TO OKAFOR in the Knicks’ 84-81 win over the 76ers. Like other rookies, Porzingis still has some work to do, but it would be hard to say that the towering player was not deserving of his surprise pick. Oh, and coach Derek Fisher was impressed by his new acquisition, “I think defensively he complements guys because of his length and his rim protection. He’s pretty active and can guard multiple guys. I think offensively because of his ability to stretch the floor and do some things around the basket as well. I think he’s a player that fits with just about any lineup, no matter how you’re trying to play. So I think that versatility has been obvious during Summer League.” 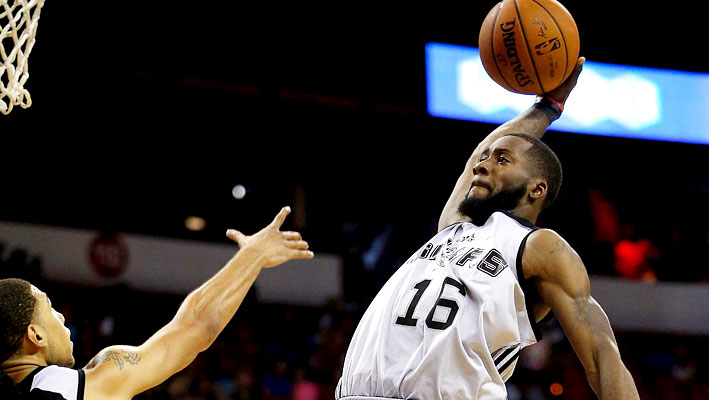 Like they’ve been doing a lot in the NBA Summer Leagues, the Spurs captured the 2015 NBA Las Vegas Summer League championship via a win over the Suns Monday night, and Jonathon Simmons was the chiefly reason behind all that. The 25-year-old was in Pro-mode, relentlessly running the floor and playing emphatically on both ends of the field. In the end, he finished with 23 points, 3 boards, 3 assists, and 2 steals to clinch the MVP honors in the title game. And it wasn’t just in the title game alone, Simmons was a constant menace for his opponents throughout the Summer League, entering Monday’s game averaging 16 points, 4.2 rebounds and 3 assists per game for San Antonio. With his stellar dunking ability and ability to link up well with other players, Simmons is certainly deserving of finding his way into some NBA roster. 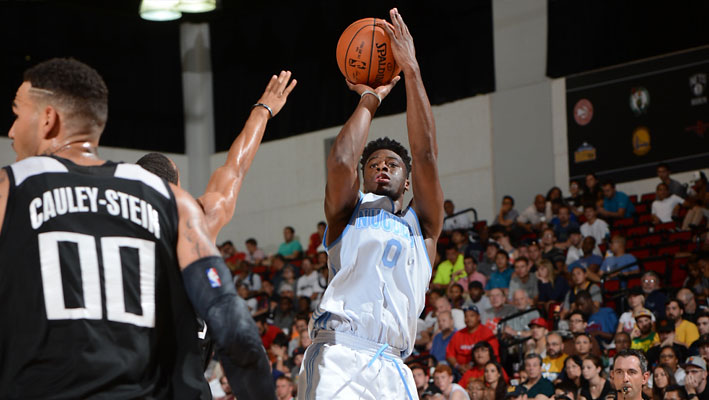 After spending a year in China, Emmanuel Mudiay was expected to prove that he was ready for the big leagues, and he proved just that. In his three Summer League, he averaged 13 points, 7 assists and 4 boards. No doubt, he could use some development in his shooting game, as he averaged just 37 percent from the field. Even so, Mudiay showed incredible maturity to his game with on-point game reads and immaculate playmaking skills. His balanced skill set allowed him to play with great flair and comfort, unlike most rookies who struggled to adapt to the pacey nature of the NBA games. And as an added plus, he exhibited awesome ball-handling skills, great change of pace dribble and emphatic explosion when attacking the rim, which placed him a shoulder high above nearly all point guards in the Summer League. If the Nuggets are looking for a point guard of the future, it is safe to say they have one, and a good one at that, in Mudiay. 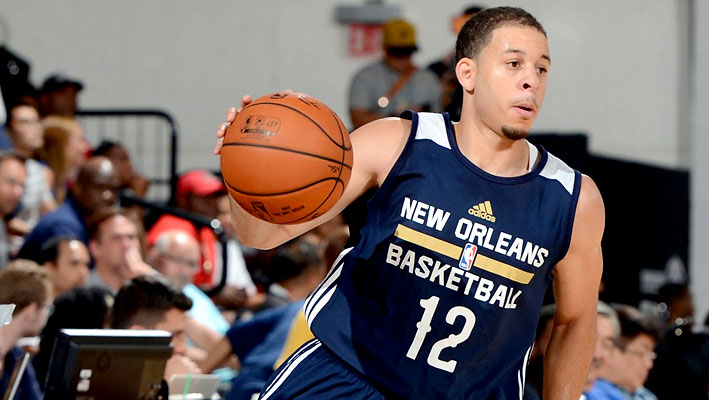 Since going undrafted in 2013 and joining the Golden State training camp, Curry has been out of limelight, recovering from an ankle surgery. All the silence changed when the 24-year-old guard received an invitation to play for the New Orleans Pelicans at Summer League. And boy, he did play his heart out, finishing as the best scorer in Las Vegas, averaging 25.3 points to go with 4.2 boards, 3.5 steals and 2.2 assists per game, shooting 49 percent from the field in his four games. Mind you, he did all that despite going just 5 for 27 from 3-point range, though that will probably not be a worry, as his reputation as a good shooter is something we already knew. After such a performance, especially his defensive prowess, it is nearly guaranteed that Curry, a young brother to NBA superstar Stephen Curry, will finally get his shot to prove his worth in the NBA. Sources Vine.com (https://v.cdn.vine.co/r/videos/73AD97E8221232888167380795392_38d17578d00.4.2.3905078052262913533.mp4?versionId=7_P8U_YtfgIScNeiA9h3L09wgVlcGh3D) USAtoday.com (http://www.usatoday.com/story/sports/nba/nuggets/2015/07/18/emmanuel-mudiay-denver-draft-summer-league/30359151/)
Older post
Newer post