NBA News and Rumors
The Utah Jazz had a great finish to the 2014-15 season, going on a tear after the middle of February. Their defensive prowess grew to the stature of the league’s best, along with Memphis, Golden State and Indiana. Their offensive efficiency has improved too, making it likely that the Jazz will push their way into the playoff picture in 2015-16 NBA betting season.

They attack the offensive glass. This is no surprise. All four of the  Utah Jazz big men who have played significant minutes this year (Favors, Kanter, Gobert and Booker) are superior rebounders. Each grabs over 10 percent of the available offensive boards. That adds up to the Jazz having the single highest offensive rebounding percentage in the league, grabbing 29 percent of all available rebounds on the offensive glass. And the team does a pretty good job of taking advantage of those chances, scoring the third-most “second chance” points of any team.

They produce in the paint 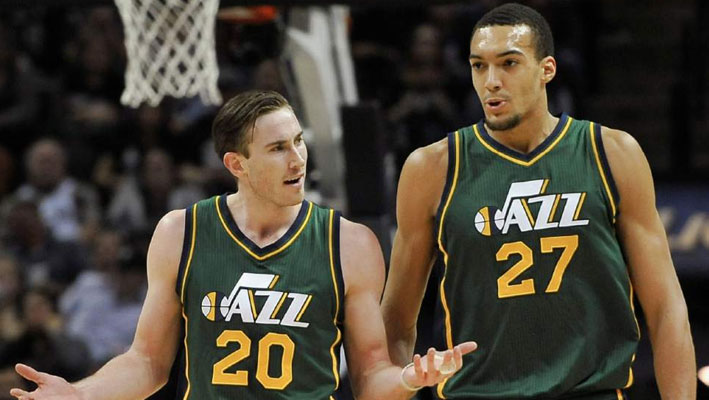 In related news, the Jazz are a pretty productive team in the paint overall. They score a high percentage of their points in the paint — fifth highest in the league. They shoot a high percentage from within five feet of the basket — sixth best in the league. No surprise. One final bit of good news: As I suspect everyone reading Salt City Hoops knows, the mid-range jumper is the least efficient shot in basketball. And the Jazz take the seventh fewest in the NBA.

What could improve about the Jazz? 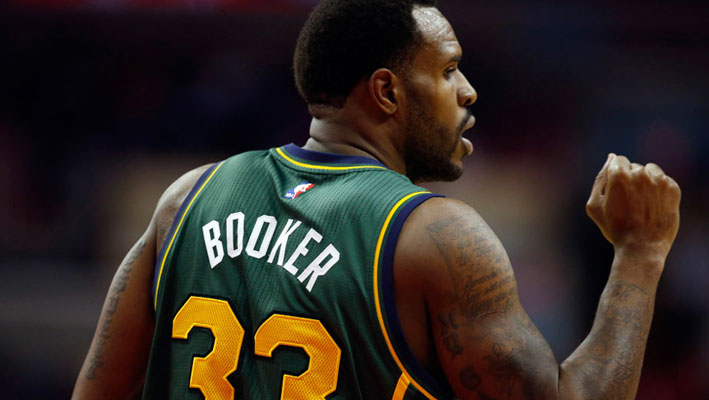 It’s no surprise that an average offensive team is average at lots of things. Let’s give a quick rundown of a few such indicators. The team ranks 17th in both three pointers attempted and three point percentage. They rank 15th in free throw attempts, but since they play such a slow pace (slowest in the league), their free throw attempt rate (per possession) is actually a pretty decent 10th best. The Jazz are 17th in fast break points. That stat actually surprised me that it wasn’t worse, since it’s amazing how awkward the team often looks when executing a 2 on 1.

What’s concerning about the Jazz? 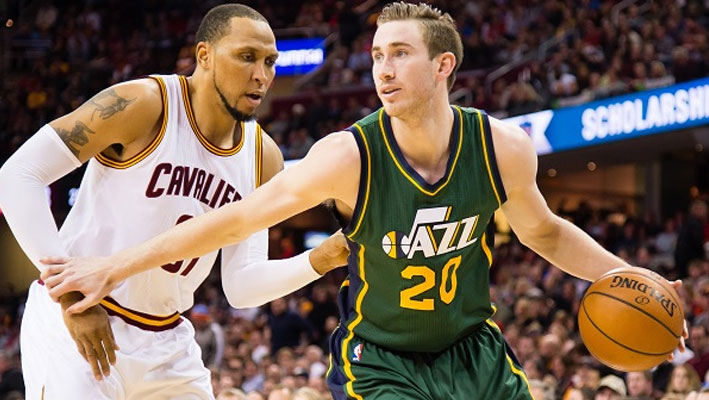 The Jazz shot just 73 percent from the free throw line, which puts them 25th in the NBA. And their third best FT shooter, Enes Kanter, has left town. The Jazz remaining three big men — Booker (59.6 percent), Gobert (62.9 percent) and Favors (66.5 percent) — all need to get better from the line. One odd note: Trey Burke shot 90 percent last year from the free throw line but is down to just 76.5 percent this year. The Jazz shoot well from close to the rim (see above) and average from 3, but poorly from everywhere else. They’re 29th in FG% between 5-10 feet, 23rd between 10-15 feet and 24th between 15-19 feet. The good news, as noted above, is that they take relatively few of those “mid-range” jumpers (the 10 to 19 foot ones) but they take a typical number of the 5-10 footers and hit relatively few. The average NBA team hits 39 percent of those shots — floaters, short jumpers — but the Jazz hit just 33 percent. The main culprits are the team’s guards — Burke, Burks, Exum and Millsap, all of whom struggle from there. 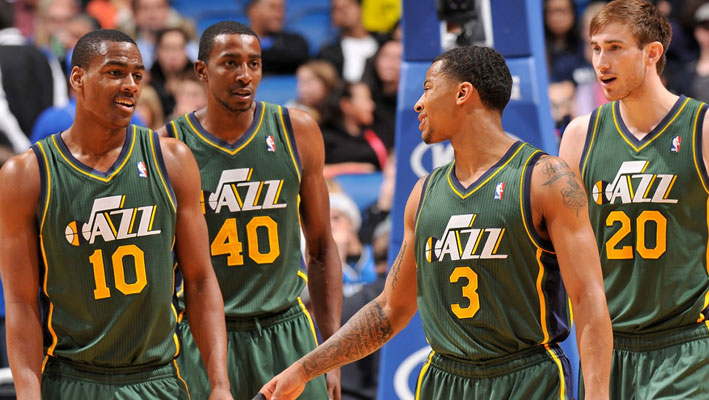 Relatively few of the Jazz buckets (56.6 percent) are assisted. That leaves them 23rd in assist percentage and 25th in assist ratio (the per possession stat.) The Jazz seem to do a fairly good job sharing the ball — they rank near the top of passes per game — but apparently few of these passes result in a layup or a high-percentage shot. Drilling down, some of this is due to Enes Kanter, one of the least willing (and effective) passers in the NBA, with an assist ratio of 3.5. But Derrick Favors too has some work to do on the passing end, with an assist ratio of just 9.1, leaving him 55th of 72 power forwards. Lastly, it’s worth noting that Trey Burke is also not a huge producer of assists, with an assist ratio that leaves him 56th of 73 point guards.   Sources: YahooSports.com: http://sports.yahoo.com/nba/teams/uth/ Basketball-reference.com: http://www.basketball-reference.com/players/b/burketr01.html
Older post
Newer post