NBA News and Rumors
LeBron James, the self-proclaimed best NBA player in the world, and the Cleveland Cavaliers face a daunting task, trying to overcome a 3-2 deficit in their best of seven NBA Finals series against the Golden State Warriors. No team in the history of the league has managed to overturn a 3-0 deficit at any point in the NBA Playoffs, just in the same way no team has overturned a 3-1 hole. Fortunately, against all NBA odds, four teams have overcome a 3-2 deficit to win the Finals, the last of those teams being the Miami Heat in the 2013 NBA Finals, with LeBron (a Miami player then) being named as the MVP of the Finals.Can James, who is a solid candidate for the MVP award in this year’s Finals, lead the Cavs to a similar feat, or will the Stephen Curry and Warriors close out the job at the Q tonight? Just a matter of hours and we’ll know the fate of Cleveland. In the meantime, let’s track back to recent history and find out some of the teams that have strongly rallied from losing positions to win the NBA Finals: 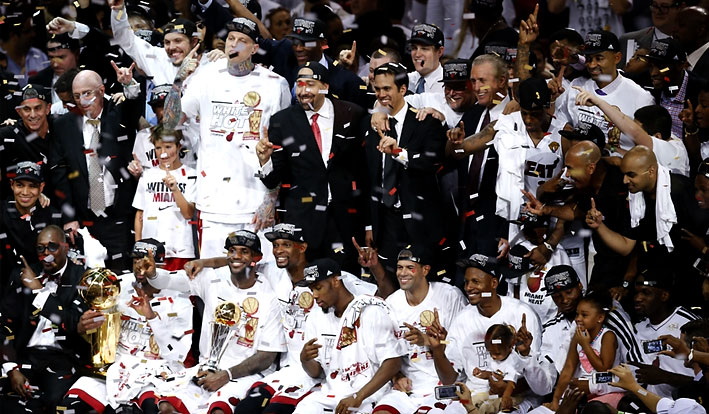 During the 2012-2013 season, the Heat defeated the San Antonio Spurs to become the sixth team in the league’s history to win back-to-back NBA Championships. The win was, however, a hard-earned effort as the Heat trailed the San Antonio Spurs 2-1 after 3 games, but tied it 2-all in Game 4. Then in Game 5, the Spurs recorded a 10-point home win to lead the series 3-2. With the series shifting back to Miami in Game 6, and an all-or-nothing game for the Heat, the hosts rode on a triple-double performance from LeBron (32 points, 11 assists and 10 rebounds) to secure an OT win to tie the series once again, before they went on to secure a 95-88 win in Game 7 to clinch the title. 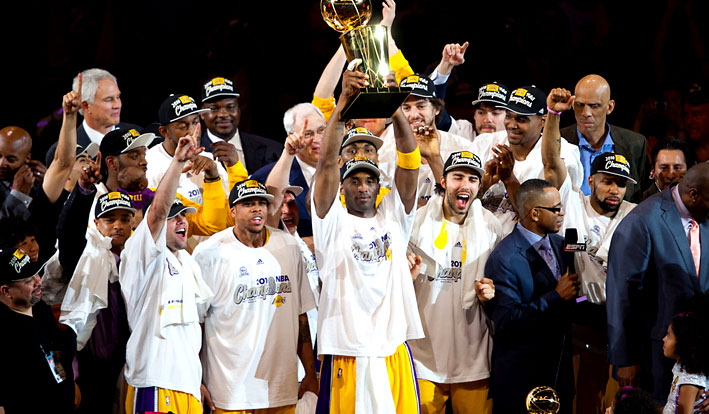 This best of game series proved to be a hotly contested back and forth affair, as Boston Celtics tested the Lakers (who entered that Final as the defending NBA Champs) to the very extreme. After interchangeably shifting victories in the first four games of the series for a 2-2 tie, the Celtics took a big step by earning a 3-2 lead in Game 5. However, Kobe Bryant and Pau Gasol had other ideas, as they combined superbly to lead the Lakers into two straight wins, culminating in an explosive 83-79 win Game 7 for a 16th NBA Championship title in the franchise’s history. 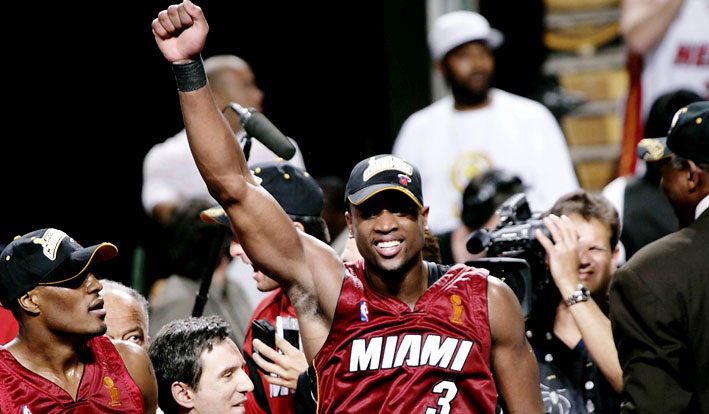 The 2006 NBA Finals marked one of the greatest comebacks in recent history, as the Dallas Mavericks cruised past the Heat in the first two games played in Texas. The Heat, however, responded with four straight wins, banking on solid performances from Shaquille O’Neal and Dwayne Wade to win the series in 6 games. Wade was particularly impressive in Game 3, where he helped the Heat wipe off a lead by Dallas at the end of the game, scoring 12 points in the final quarter to give the Heat a 98-96. Wade averaged 34.7 points per game in the six games, which went on to earn him the MVP Award of the Finals.SourcesESPN.com (http://scorecenter.espn.go.com/nba/recap?id=260620006)NBA.com (http://www.nba.com/spurs/)
Older post
Newer post