NBA News and Rumors
The Cleveland Cavaliers knew that they needed a better performance in Game 2 of the Eastern Conference match-up with the Chicago Bulls, and they certainly got it. This was a game that was essentially over in the first quarter, with the Cavs leading by 22 at one point. What’s ahead on Game 3 of the series? Check our NBA betting analysis to find out.

Time: Friday, 8 p.m. ETVenue: United Center, ChicagoNational TV: ESPNOpening line: Bulls -1.5 (196)LeBron James had a great night, and was able to eliminate the turnover errors that plagued him in Game 1 of the series. It certainly helped that Iman Shumpert and James Jones were great when left open in 3-point range, which was often. The Cleveland Cavaliers do not have the deepest bench in the NBA, but if you consistently leave those guys open the way they were on Wednesday night, they are going to find a way to hurt you. Cleveland were also aided by the physical lay of Tristan Thompson, who was a beast on the offensive glass. His second chance points were not the difference in a game that ended up as a 106-91 blowout, but they could become that much more important in the tighter games that are sure to come in this series. 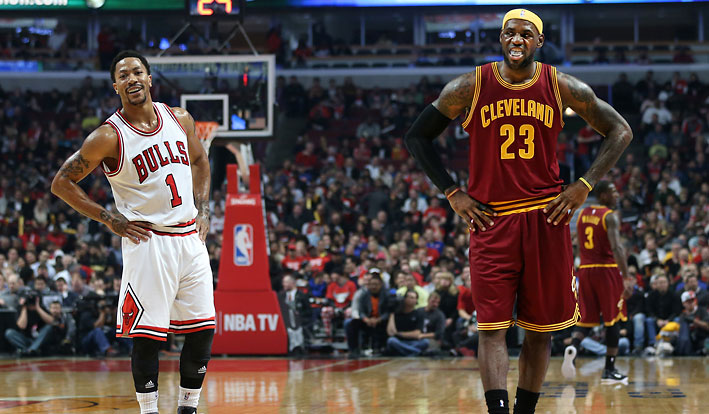 The Bulls simply cannot allow the Cavaliers to get the early jump on Wednesday night, as that seems to only inspire LeBron James to really get rolling. King James found a way to shake free of the shadow that is Jimmy Butler to drain 33 points on the night. When he gets in that kind of groove, other Bulls players are forced to try and chip in when defending him, all of which opens up free shots for everyone else on the Cavs. Cleveland was able to set the tone early in Game 2, and the Bulls simply did not have any kind of answer. It’s going to be interesting to see if Chicago can re-adjust and get back to the game style that was so effective in Game 1. That said, Cleveland probably cannot hope to rely on their bench guys as heavily as they did in the second game. After losing the opener on home court, there was a sense of desperation to Cleveland’s game, which may not necessarily be there moving forward.

The series now switches to the United Center in Chicago, with Game 3 set for Friday night. The Bulls are sure to get a boost from a crowd that is one of the most frenzied in all of basketball. That shot of adrenaline is what I believe will carry the Bulls to victory in Game 3, albeit in a close one. SourcesESPN.com (http://espn.go.com/nba/player/_/id/6474/tristan-thompson)NBA.com (http://www.nba.com/playerfile/lebron_james/)
Older post
Newer post