Steph Curry and the Golden State Warriors won a league-high 67 games this season, but the last time they faced Anthony Davis and the New Orleans Pelicans, the ‘Dubs’ were on the wrong end of a 103-100 final in a pretty heated affair. Nevertheless, I’m going on record to say that it will take an extra special effort (four times) for the young Pelicans to upset the focused Warriors. 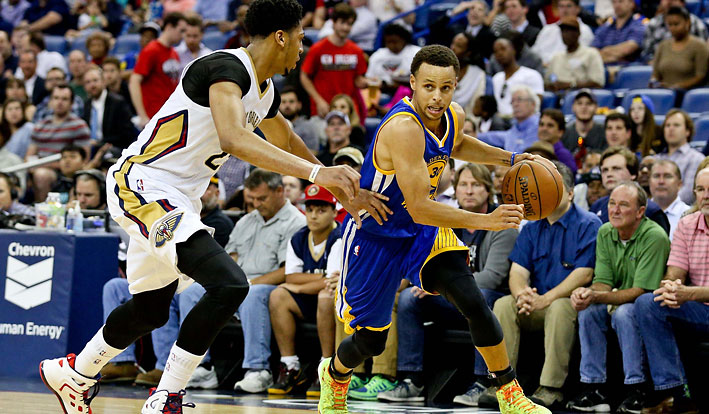 Golden State holds a10.6-point edge in scoring (110.0 ppg) but New Orleans (98.6 ppg) allows 1.6 fewer points per game than Golden State. The Warriors are the better defensive rebounding team while the Pelican has a slight edge in offensive rebounding.The Warriors are the better shooting team, both from two-point distance and beyond the arc while also holding the advantage in free throw shooting and steals.While Golden State lost the last meeting between these Western Conference rivals, Golden State did manage to win each of the previous three meetings this season with two of those wins coming by an identical 16 points and the other, a huge 27-point rout.

The Warriors have compiled an incendiary 42-10 record against their powerful conference rivals while the Pelicans put together a solid 29-23 mark against teams from the West.Golden State has also won four straight coming into this matchup and appears to be extremely focused right now. The Warriors win this series in five games and six at most.

I don’t know how else to say it, but I expect this matchup to be arguably the most entertaining and competitive first round series of them all. 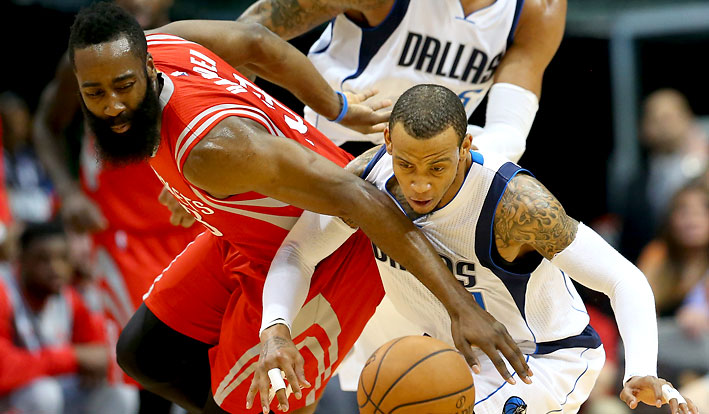 Houston won the regular season series 3-1 but two of the four meetings were decided by five points or less, so again, this will likely be a knock-down, drag-out affair between two in-state and Southwest Division rivals that know each other extremely well. Dallas holds the slight edge in scoring while Houston has a leg up in points allowed. The Rockets are also the better rebounding ballclub, although the Mavericks shoot it better from the field and free throw line. Last but not least, Houston is the better three-point shooting team and they also hold the edge in steals.Both teams come into this matchup pretty hot with Dallas going 4-1 SU over its last five games and Dallas winning each of its last three regular season matchups.A good barometer on how these two teams may perform in this series is each team’s mark against their conference opponents. Dallas went 29-23 SU, but a dismal 19-30-3 ATS against Western Conference foes while Houston compiled an impressive 33-19 SU mark and stellar 30-22 ATS record against their conference opponents.

I really like the Dallas Mavericks, but I just don’t see them beating a Houston Rockets team that has gotten a lot healthier in recent weeks – and has a player that simply can’t be stopped in MVP candidate James Harden.Dallas often looks like it needs to get some younger fresher legs in the lineup and I believe we’re going to see that play out in this series. Houston wins in six, but I suspect that each and every game is going to be a dogfight.

For all of their hard work this season, Chris Paul and the Los Angeles Clippers get a date with Tony Parker and the defending champion San Antonio Spurs in the first round of the Western Conference playoffs.Unfortunately, no matter how hard I try, I just don’t see this series ending well for L.A…now here’s why. 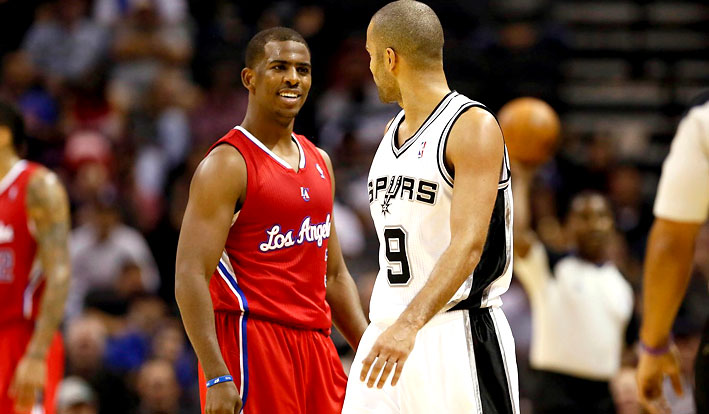 The Spurs and Clips split the regular season series 2-2 with San Antonio winning the first two meetings. Both teams compile identical 2-2 ATS mark over the quartet of contests.The Clippers hold the edge in scoring while San Antonio allows 3.1 fewer points per game defensively. San Antonio is better on the glass at both ends of the floor though the Clippers have a slight advantage in three-pointers and steals.Both teams were phenomenal in their games against their Western Conference counterparts with the Spurs going 32-20 SU and 25-25-2 ATS and the Clippers going 37-15 SU and 24-28 ATS.

Ultimately, this pick comes down to which team you like better. Do you believe the red-hot Spurs are poised to reach the conference finals at the very least or do you think CP3 and the Clippers are finally going to realize all of the potential that made Doc Rivers accept their head coaching job in the first place?I’m going with the Spurs to keep up their high level of play and beat the younger, more athletic Clippers with their more mature minds – and far superior team style of play.It really doesn’t matter where the Spurs play as they can win games at home and on the road. The Clippers, outside of point guard Chris Paul, are not the brightest bunch around and will lose this series because of their inferior mental capacity. San Antonio wins in six

The Portland Trail Blazers once looked like a very legitimate contender to win the Western Conference. Now, the banged-up ballclub looks more like first round fodder for a Memphis Grizzlies ballclub looking to exorcise their own playoff demons.Portland limps into the postseason riding a four-game losing streak while the Grizzlies have won three of five and kept Indiana out of the postseason by man-handling the Pacers in both teams’ regular season finale. 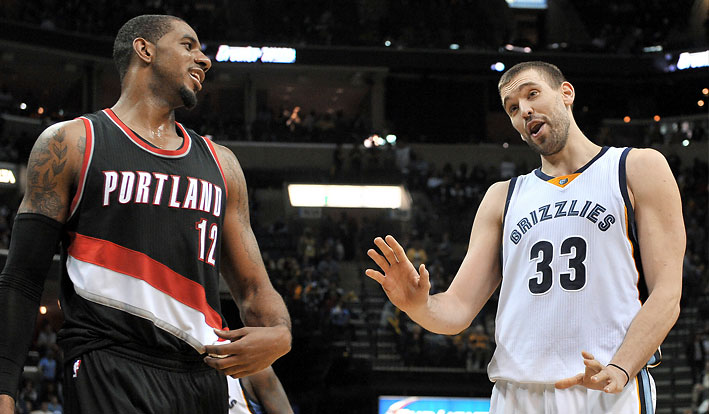 The Trail Blazers are the better offensive team by 4.5 points but Memphis is the better defensive ballclub by 3.5 points. While Portland is surprisingly, the better rebounding team in this series, Memphis shoots it better from the field than their Western Conference rivals.Memphis has also gone 35-17 SU and 26-26 ATS against its Western Conference counterparts while Portland has gone 31-21 SU and 26-25-1 ATS against the same conference opponents.

The bottom line for this series is that Portland is seriously short-handed and banged-up thanks to the loss of starting shooting guard Wesley Matthews and injuries to Aaron Afflalo (shoulder), Chris Kaman (back), C.J. McCollum (ankle) and Dorrell Wright (hand) all hampering the team, not to mention the various maladies that superstar power forward LaMarcus Aldridge is currently playing with.Conversely, Memphis has gotten healthy at just the right time and should have huge advantage in the post with Zach Randolph and Marc Gasol having their way against a ‘soft’ Blazers interior that reminds me of Charmin toilet tissue.If Damian Lillard and Aldridge don’t go off on a nearly nightly basis in this series, it could be over quicker than any expects. Even in a best case scenario for the Blazers, I think this series goes six games max – and most likely five!