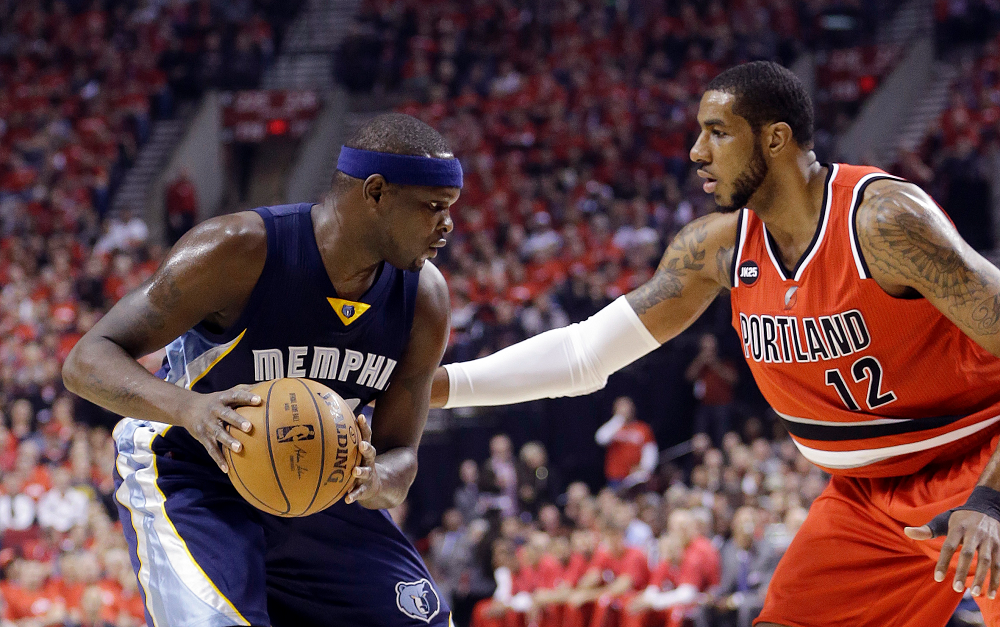 NBA News and Rumors
The first round of the NBA playoffs is almost done, which means that the pretenders will be sent home anytime soon, and the legitimate contenders in both conferences will face each other in the second round for a chance to advance to the conference finals. We still weeks away from the NBA championship, however, some teams in the Western Conference have a real chance of making it to the NBA Finals, and we will take a quick look at them and their respective online betting odds to make it to the Championship round.

The Grizzlies are currently up 3-0 against the Portland Trailblazers, a team they have owned lately, winning six straight against them and 12 of the last 13, including Saturday’s 115-109 victory in game 3 of the NBA playoff series. So far Memphis has been in charge in this series and is most likely going to win it, setting up a second round matchup against the Golden State Warriors, who entered the playoffs holding the best record in the NBA this season.Golden State won two of the three meetings against the Grizzlies, and they will likely be favored in the NBA betting odds to win this series, but the Grizzlies have a very good front court, and that will definitely create some problems for the Warriors and contain Golden State’s fierce offense.Odds to win the 2015 NBA Championship Title: +1500

The Rockets have taken a commanding 3-1 lead over the Dallas Mavericks, and they are looking at a potential matchup with the San Antonio Spurs in the second round of the NBA Playoffs. Houston has looked very dominant so far in the playoffs, with a healthy Dwight Howard playing like a former defensive player of the year, grabbing rebounds and blocking shots. James Harden struggled in the first two games against Dallas but snapped out of his funk in their last game, and if he can keep it going for the rest of the playoffs, they will be very difficult to defeat in a seven game series.Odds to win the 2015 NBA Championship Title: +800

The defending NBA champions are currently facing the toughest first round series of any of the Western Conference teams, because they are playing the Los Angeles Clippers, who were the second hottest team in the league at the end of the regular season action. They are currently tied in the series with two victories per head, thanks to the play of Tim Duncan and Kawhi Leonard, who was named the NBA Defensive Player of the Year this week. The Spurs have won 11 of their 13 games, and will be facing a tough test against Houston if they find a way to leave the Clippers behind.Odds to win the 2015 NBA Championship Title: +500

The team that finished the season with the best record in the league is the team with the best chance of representing the Western Conference in the NBA Finals. They are looking unstoppable at the moment, and have already eliminated the Pelicans in their first round series, setting up a second round series with Memphis. The only weakness the Warriors have is that they don’t have as much playoff experience as teams like the Grizzlies and Spurs, which could affect them if they find themselves behind in a series against either team.Odds to win the 2015 NBA Championship Title: +150Out of the four teams expected to advance to the second round of the playoffs, the San Antonio Spurs and the Warriors will most likely be the two teams to meet in the Western Conference Finals, because they are the most well rounded teams in the conference right now. I will give the Spurs the Edge to advance to the finals because they are the more experienced team, and also the defending champions.
Older post
Newer post