NBA News and Rumors
It wasn’t that long ago that the Kentucky Wildcats looked like a team of destiny for NBA betting fans. They were 38-0 and were headed for a Final Four date with the Wisconsin Badgers. There were more articles wondering whether Kentucky could beat the hapless Philadelphia 76ers than there were concerned with whether the Wildcats would finish off that 40-0 perfect season with a national championship.

Then, of course, the Wildcats ran into the juggernaut known as Sam Dekker, and all of a sudden Wisconsin had their place in the national final, playing against Duke for the championship. As Willie Cauley-Stein say sit, after that Wisconsin loss, “It didn’t feel real. It felt like, ‘Nah, we’re playing on Monday.’ Instead, we’re going home. You’ve got to pack up your bags. You see the Wisconsin and Duke fans still at the hotel and super happy, and we’re on our way home.” 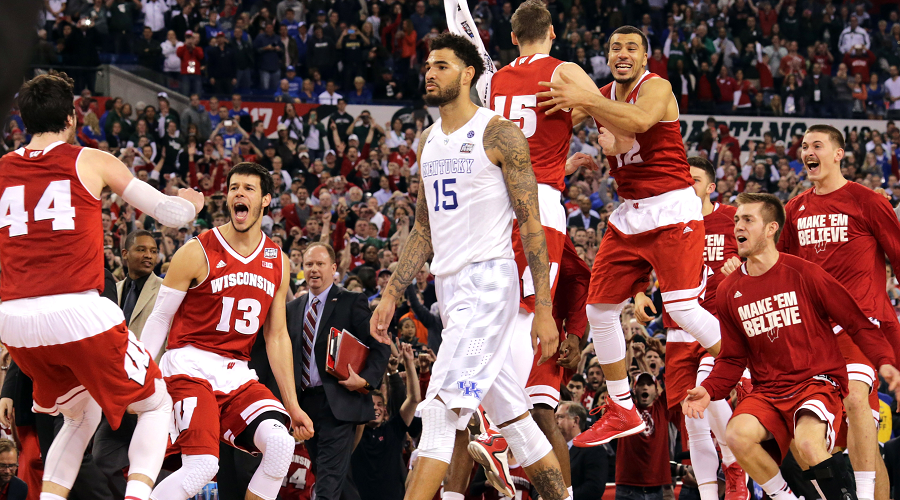 The end of that season was the end of the college careers of Cauley-Stein and most of his Kentucky teammates. Players don’t talk much about leaving college early for the NBA, but for many of them getting finished early and entering the draft is just as important a goal to them as a national championship would be. Kentucky has become a school where this is particularly true, as so many Wildcats declare for the NBA draft each year. 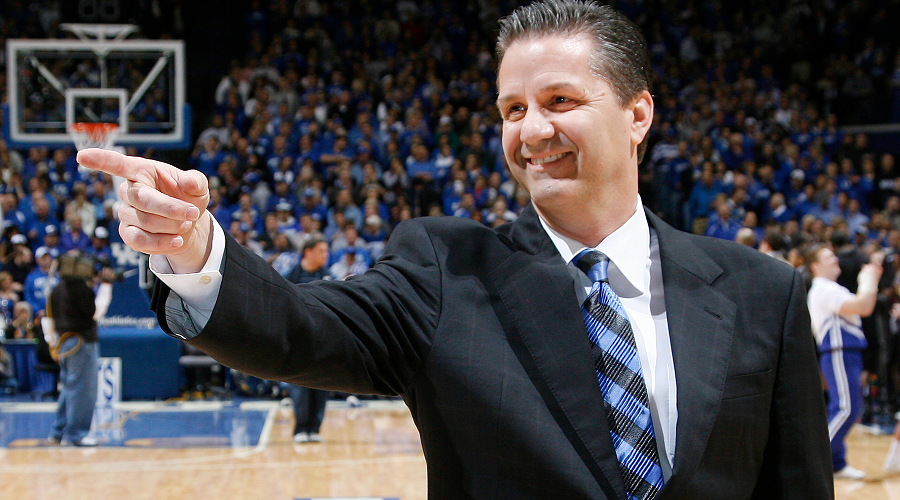 Here’s what the yearly cycle has become for Kentucky: they go a long way in the NCAA tournament, lose a lot of their players to the draft and have to reload with a new group of talent to do it all again the next season. John Calipari has coached Kentucky six seasons and has seen 25 of his former players get drafted. 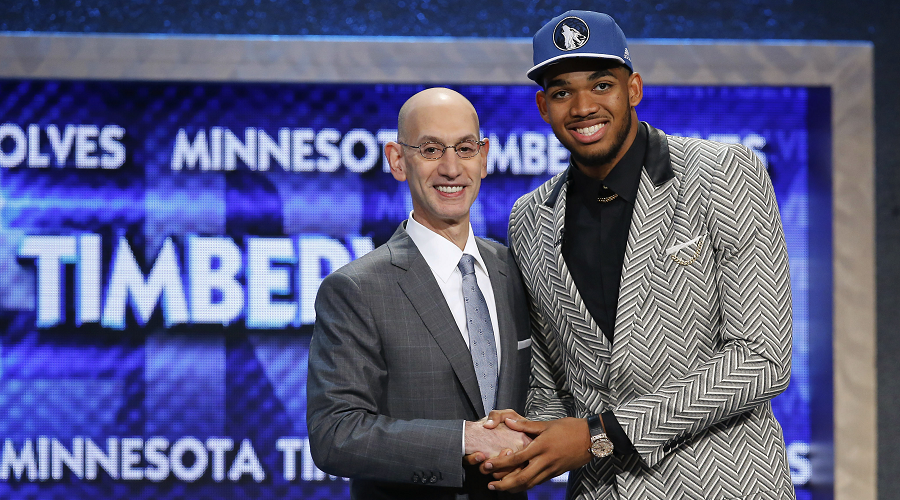 Three of them have been top picks overall: John Wall in 2010, Anthony Davis in 2012, and Karl-Anthony Towns in 2015. Kentucky has become known as a school where players can go “one and done” – spend a year playing college basketball and then jump to the NBA. Indeed, Calipari’s former players who are now in the NBA are getting close to a billion dollars in active contracts in the NBA. Anthony Davis’ $145 million extension just pushed that number over $750 million. 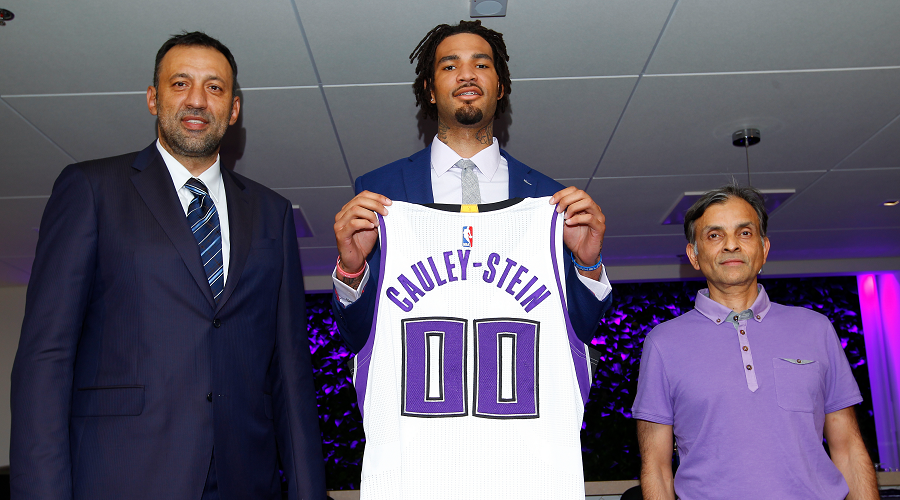 About a week after the Wisconsin loss, Calipari had a press conference with seven of his players. All seven were declaring for the NBA draft. Cauley-Stein is happy to be playing for the Sacramento Kings, as one of his dreams had been to live on the West Coast. He is also excited about the passionate fan base waiting for him in this one-team town. 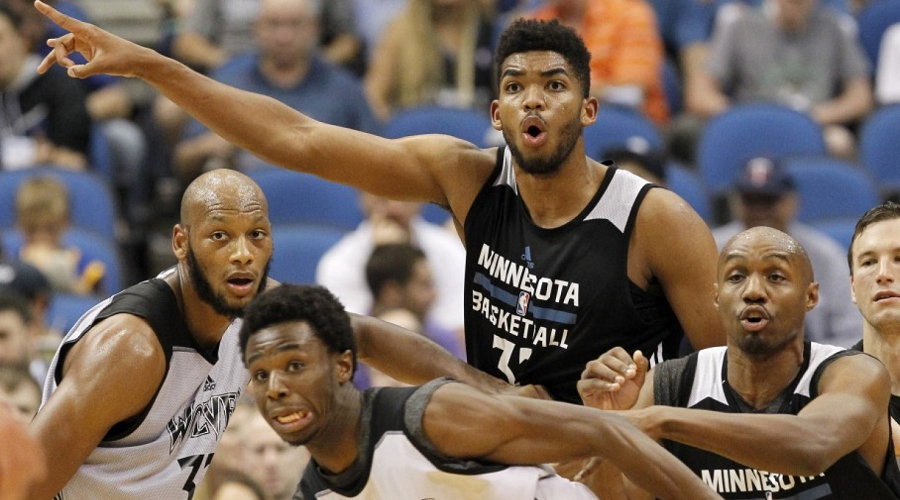 Karl-Anthony Towns will have perhaps the highest expectations coming in of any of the Kentucky draft class. He is expected to help revive a Minnesota Timberwolves team that only won 16 games in 2014-15. When playing with his summer league team, Towns endured more losses than he had had while playing his senior year in high school (two) and during his season at Kentucky (one), as the summer team dropped four contests. 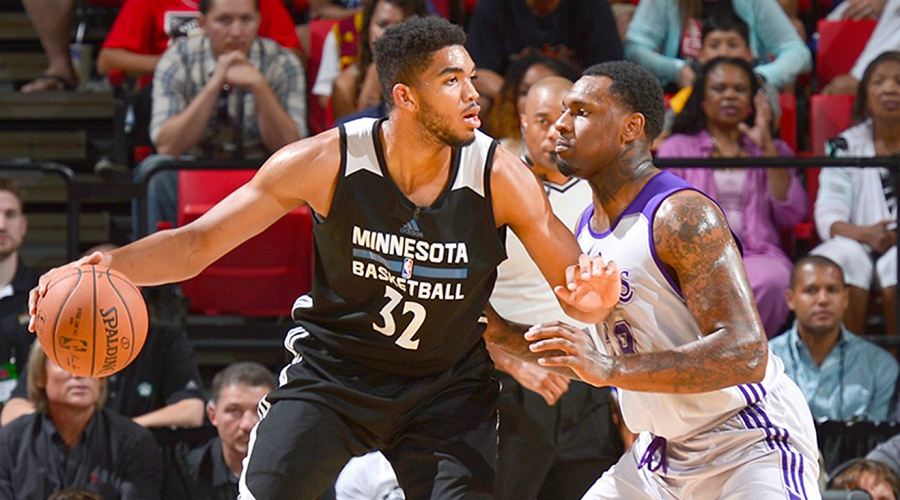 In his first summer league action, Towns faced the Lakers and put up 12 points with four assists. He also committed nine fouls (you get 10 in the summer league before fouling out). The physicality and speed of the pro game were a surprise to Towns – but it won’t be going forward.
Older post
Newer post